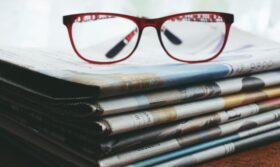 How a story is reported can have a strong impact on public perception. Journalists can emphasize certain aspects of a story over others, omit perspectives, and treat stakeholders with either respect or disrespect. The dominant narratives of a society can subtly or blatantly influence how reporters approach stories that challenge the status quo. This in turn has a strong influence on how the public discusses these issues and how policymakers address them.

A good example is how the news media covered the recent protests against police brutality and racism following the police killing of George Floyd, Ahmaud Arbery, and Breonna Taylor.

Sociologist Danielle Kilgo writes about her research on how the news media covers protests about anti-black racism and indigenous people’s rights. She finds that news stories tend to trivialize the concerns raised by these protests by focusing on spectacle and disruptive behavior. You can read Dr. Kilgo’s original research on this topic in the academic article Protests, Media Coverage, and a Hierarchy of Social Struggle in the June 2019 issue of the International Journal of Press/Politics.

Journalist’s Resource interviewed several scholars who study social inequalities and policing about how the news media covered the protests. They offer advice on how journalists should cover these events and the issues related to them so the public is better informed.

Baratunde Thurston’s TED talk “How to deconstruct racism one headline at a time” challenges viewers to consider the power of language, in the news and elsewhere, to either uphold or dismantle structural racism. View more TED talks on understanding racism in America.