The month of May is Asian-Pacific Heritage month where recognition is given to the widespread contributions to the United States by Asian-Americans and Pacific Islanders in the areas of music, medicine, science and mathematics, technology, literature and the arts. From acupuncture to zen, the cultures, philosophies and technical knowledge of this region have enriched and expanded our lives.

May was chosen for this celebration because it commemorates the immigration of the first Japanese to the United States in May 1843 and to honor the anniversary of the transcontinental railroad completion in May 1869 through the hard work of Chinese immigrants. 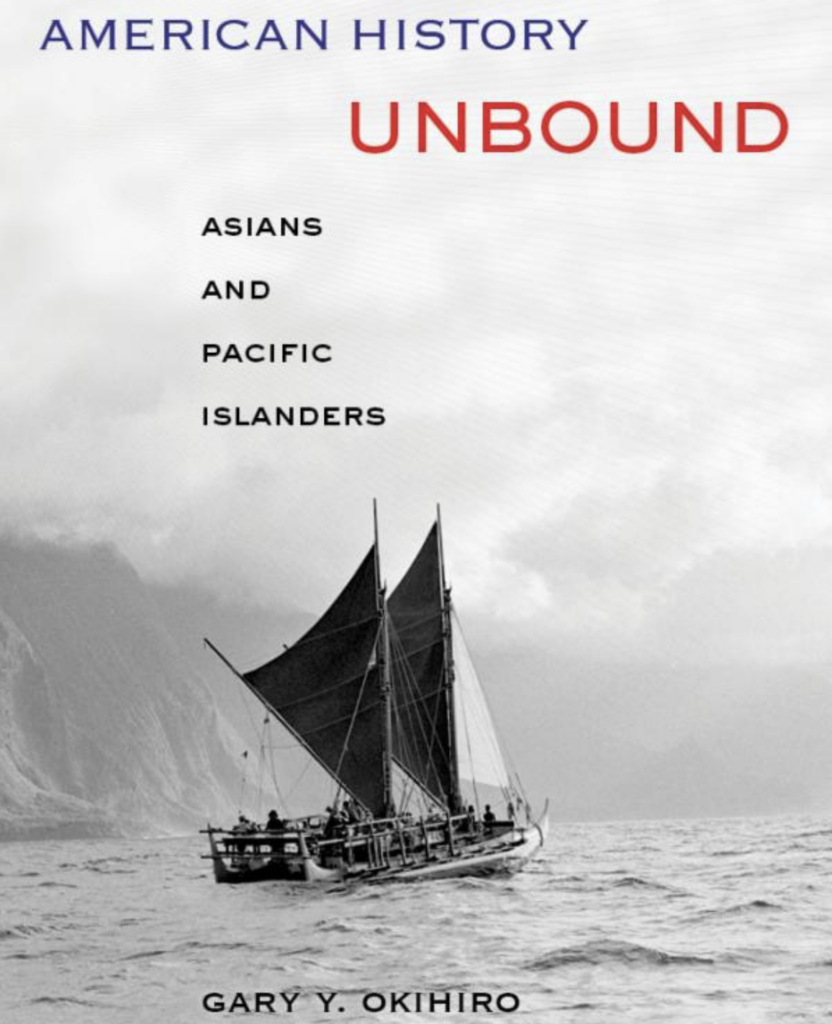 Asian history and studies
Created by a PCC Librarian, this guide covers Asian art, literature, religion, and a multitude of featured titles for suggested reading on Asian History and Studies.

Organizations in the Fight Against Asian Hate

Asian Pacific American labor alliance
An organization of AAPI workers, many of whom are union members, advancing labor, immigrant, and civil rights.

The national Asian Pacific American women’s forum
This forum works to build a movement for social, political, and structural change for Asian American and Pacific Islander (AAPI) women and girls. Their experiences have gone unacknowledged and unaddressed by mainstream U.S. culture throughout the history of this country.

Ancestors in the Americas, Part 1: coolies, sailors and settlers: voyage to the new world
Explores how and why people from the Philippines, China, and India first arrived on the shores of North and South America, and portrays their survival amid harsh conditions, their re-migrations, and finally their permanent settlement in the New World.

Asian Americans
A five-hour PBS film series that delivers a bold, fresh perspective on a history that matters today, more than ever. This series traces the story of Asian Americans, spanning 150 years of immigration, racial politics, and cultural innovation.  PCC Library also has this series by episode:

Nation within
In this compelling, stirring and new vision of the American overthrow, Coffman weaves into existing Western history uncovered historical facts as well as the point of view of Hawaiians and their storytellers.

No turning back
This program presents intimate portraits of the new Chinese Americans who face a struggle common to so many immigrants: to reconcile some losses of their old culture in order to embrace their adopted American one.

Pacific Islanders: dances of life
Dances of Life examines dances from five island cultures: Maori, Samoan, Palauan, Chamorro (Guam), and Kanak (New Caledonia). How their dances have evolved and incorporated new influences is seen as a testament to the endurance of their cultures.

The slanted screen: Asian men in film and television
This award-winning documentary explores portrayals of Asian men in American cinema, chronicling the experience of actors who have struggled against Hollywood’s ethnic stereotyping and discriminatory practices.

Wayfinders: a pacific odyssey
Wayfinders focuses on the revival of wayfinding – the art of guiding a canoe across long distances using only natural signs: the sun, the moon, the stars and the ocean swells.

Asian American history and culture: volume one-two: an encyclopedia
An exhaustive encyclopedia documenting the history of Asians in America from the earliest contact to the present day.

A companion to Asian American studies
This book provides a snapshot of early debates within the field ranging from class and sexuality to literature, transnationality, and identity.

Margins and mainstreams: Asians in American history and culture
This book argues that the core values and ideals of the nation emanate today not from the so-called mainstream but from the margins, from among Asian and African Americans, Latinos and American Indians, women, and the gay and lesbian community.

A part, yet apart: South Asians in Asian America
Examines the extent to which South Asian Americans are and ought to be included within Asian America – as that term is applied to academic programs and admission policies; grassroots community organizing and politics more broadly; and critical analyses of cultural products.

Everything you need to know about Asian American history
In a lively question-and-answer format, this informative guide chronicles the important dates and figures in Asian American history. It also provides a complete understanding of the traditions and ideas that people of Chinese, Japanese, Vietnamese, Korean, Indian, and Pacific Island descent have brought to bear on American life.

Not quite not white: losing and finding race in America
Explores the questions what does it mean to be white, why does whiteness retain the magic cloak of invisibility while other colors are made hypervisible, and how much does whiteness figure into Americanness?

Asian nation
This site includes an overview of the historical, demographic, political, and cultural issues that make up today’s diverse Asian American community.

Cambodian-American community of Oregon
A Facebook site set up to unite, preserve and empower the Cambodian community in Oregon and SW Washington.

Japan-American society of Oregon
A non-profit organization whose mission is to strengthen US-Japan relationships.

Portland classical Chinese garden
A treasure in the heart of downtown Portland, this garden is an authentic representation of Chinese trees, flora, and pavilions.

Portland Japanese gardens (currently closed due to COVID-19)
Located in Southwest Portland, these gardens offer a peaceful respite from a busy world. Japanese culture is on display in the landscape, the gift store, and in public tours and exhibits.

Vietnamese community of Oregon
This Facebook site has daily news, reports, scholarships, awards, and a variety of events related to the Vietnamese Community.