Highlights of the progress on the HT project during November 2021 are below. 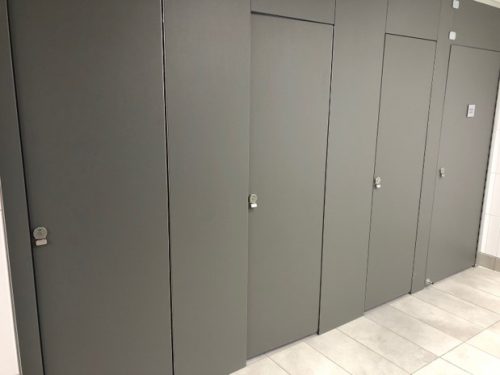 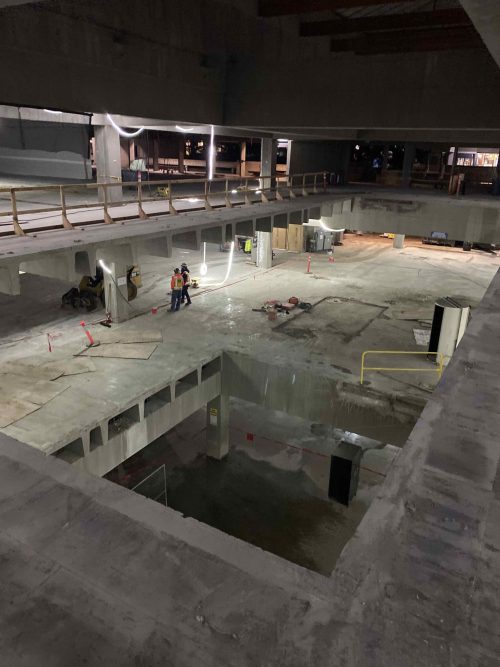 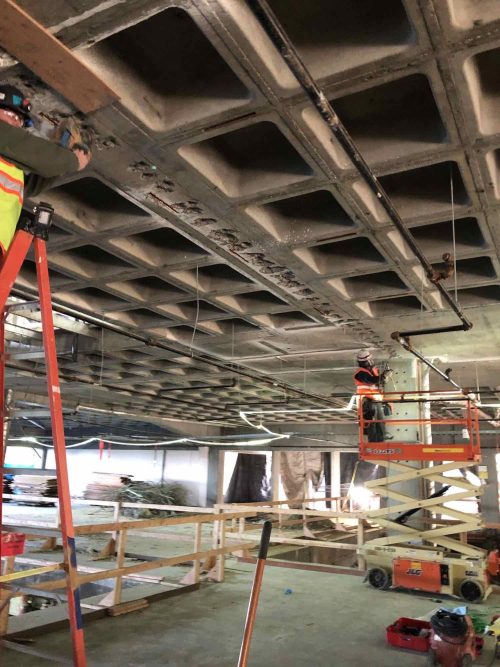 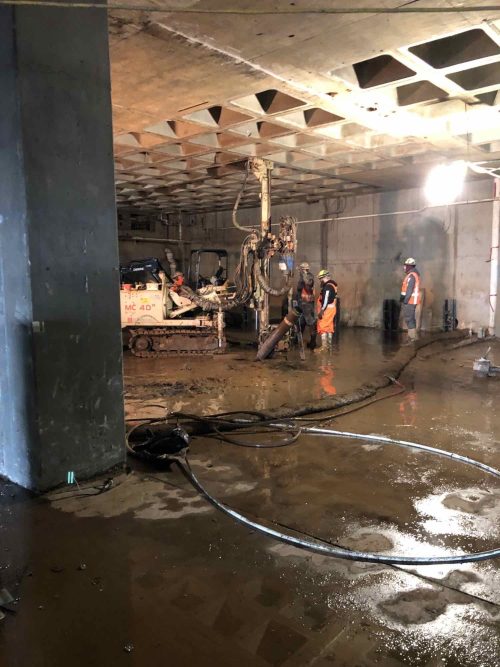 Soft demolition in the HT’s east side is now complete. The soft demolition involved safely removing material inside and outside the building, such as non-structural walls, doors, windows, flooring, ceilings, mechanical, electrical, and plumbing fixtures.

The concrete stair and interior elevator at the heart of the HT atrium were removed leaving a great opening on each floor. The crew installed guardrails around the building openings as well as temporary lighting throughout the construction zones for safety.

Micropile installation at the HT basement and level 1 areas is underway. The process has gone well and is currently on schedule to complete in late February 2022. As part of the structural work, the crews installed a series of soil-anchored tie-backs. These tie-backs are temporary and allow the contractor to safely remove existing slabs and structural elements of the building while preparing to install new grade beams, shear walls, and FRP (Fiber Reinforced Polymer). FRP is a product that provides strength and stiffness to the existing structural components within HT.

For more information, refer to the General Contractor monthly report.