Highlights of the progress on the HT project during late winter and early spring term 2022 are below.

The HT construction site has remained quite active from February to April with many activities underway that required the crew to be alert and use safety precautions around heavy power equipment, saw cutting, excavation, electrical work, and building openings. 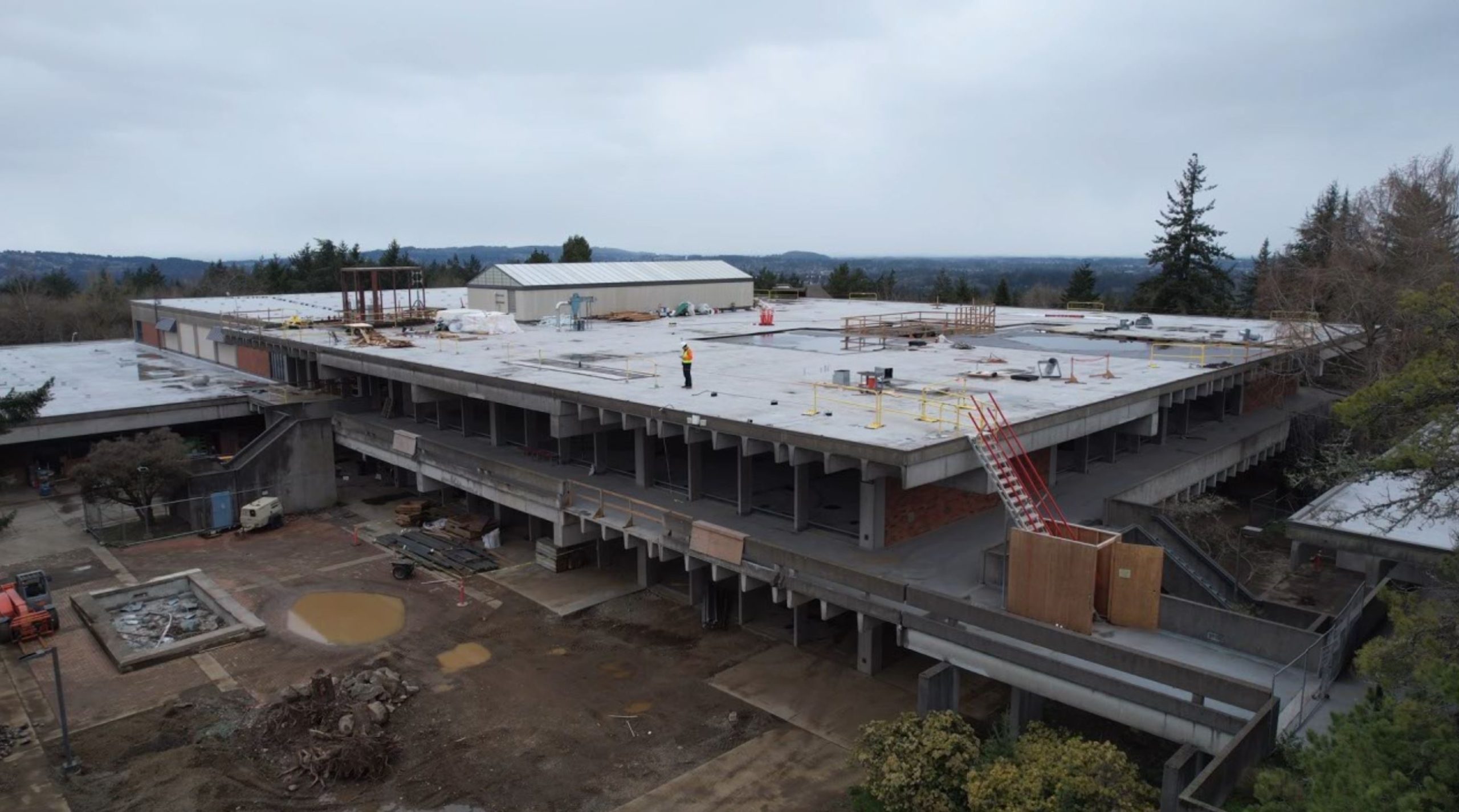 The new ADA ramp on the west side of HT from G street was completed including the handrail installation. This ADA ramp opens a new accessible route for pedestrians between G street and HT Level 1 beginning on April 25. The HT project is an occupied renovation and the contractor has been diligent to maintain and increase access to the portions of the building that are operational. In this regard, construction has advanced for the south entrance to the HT Level 2 from the courtyard between the CC and the HT buildings with the goal of completion by early summer. The south entrance is also planned to be accessible.

Demolition work continues at the site. Most recently the crew used a highly effective tool: Brokk, a demolition robot. Brokk, for example, performed roof demolition for a new HVAC duct shaft with more precision than man-operated machines. The demolition robot delivered the desired results and avoided potential damage to the roof structure. 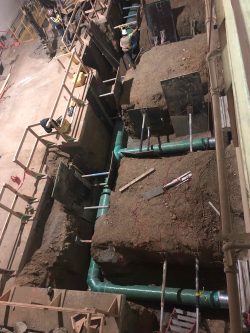 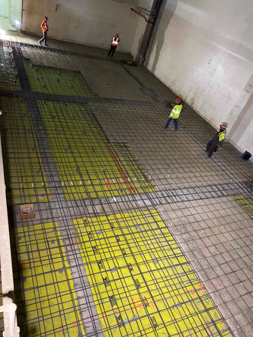 Room HT 118, the day prior to the concrete pour

The work on HT Room 118, which is the former weight room, made tremendous progress. The underground HVAC system was installed, the micro piles were completed and the foundation was poured. In regards to the overall seismic upgrades to the building, the micro piles and Fiber Reinforced Polymer (FRP) application were completed on all levels including the roof. 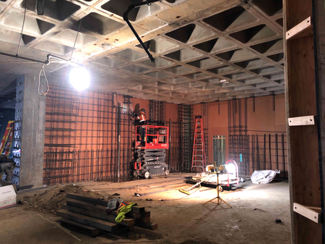 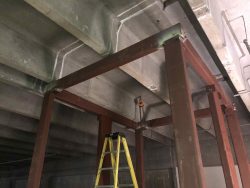 The heavy work of strengthening the areas with rebar and preparing them to pour in concrete, also known as cast-in-place concrete, is halfway done on the entire east side of the building. In some areas such as the building foundation and Level 1, the cast-in-place concrete has been completed. Another reinforcement to the existing structure of the HT is the installation of structural steel columns throughout the building, a process that is underway.

In addition, LCL states that their staff has fully integrated the RiseUp training into their operations and culture with the goal to create a safe environment for all to work at this construction site. RISE Up is the Respectful Workplace Program being implemented.

For more information, refer to the General Contractor monthly reports from March 2022 and April 2022.