Use good writing for the web practices. Most homepage copy changes need to go through Marketing.

Headings: Instead of Open Sans Light, used for headings on the rest of the website, the homepage uses the bold version. The headings are also teal instead of black, and have a short and thin horizontal line a handful of pixels below the text.

Lists: There are a few places on the homepage that use lists with icons instead of bullet points (the list of centers in the locations section and the “stories from around the college” in the news section. The centers use map marker icons and the stories use double carrot icons. 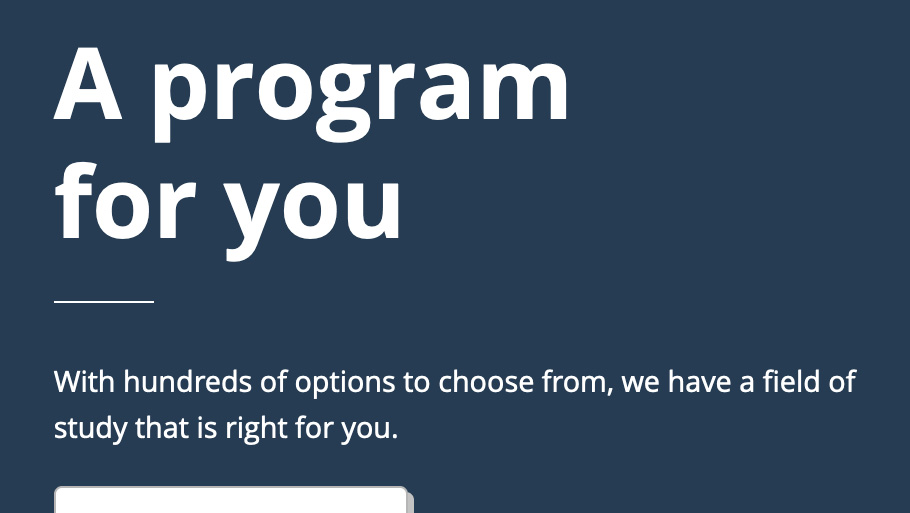