This content was published: October 28, 2018. Phone numbers, email addresses, and other information may have changed.

A new book of student dramas, SLAYING THE 10-MINUTE PLAY, recently rolled off the press. The collection showcases 14 original stories told through the compressed form of the 10-minute play.  “We all have stories, but we don’t all write them down,” says Gail Jeidy, a PCC scriptwriting instructor and the book’s editor. “This collection celebrates some stories we haven’t heard before and the students who had the courage to write them.”

The playwrights featured in SLAYING THE 10-MINUTE PLAY took Scriptwriting 243/247 at Cascade or Rock Creek campus during the 2017-2018 school year. This is the second year Jeidy has celebrated student playwrights by publishing their work. The collection is diverse, including works from a veteran, a past union leader and a stand-up comic. Plays explore sexuality, power imbalances, end of life, varying definitions of success, family, roommates, vampires and war.

Plays from last year’s collection were produced at three events open to the public. Plans are also in the works to bring some of the plays to the stage throughout the 2018-2019 school year. Including at Art Rock on November 14. The event is called 10-Rock, and it will feature Creative Writing students performing their 10-Minute plays for the public at 3:00 pm in the Building 3 Mall. Admission is free and refreshments will be provided.

SLAYING THE 10-MINUTE PLAY will also be used as a supplemental Scriptwriting textbook in Jeidy’s classes. Hard copies of the book are limited, but a pdf is available. email Gail Jeidy (gail.jeidy@pcc.edu) for a copy. 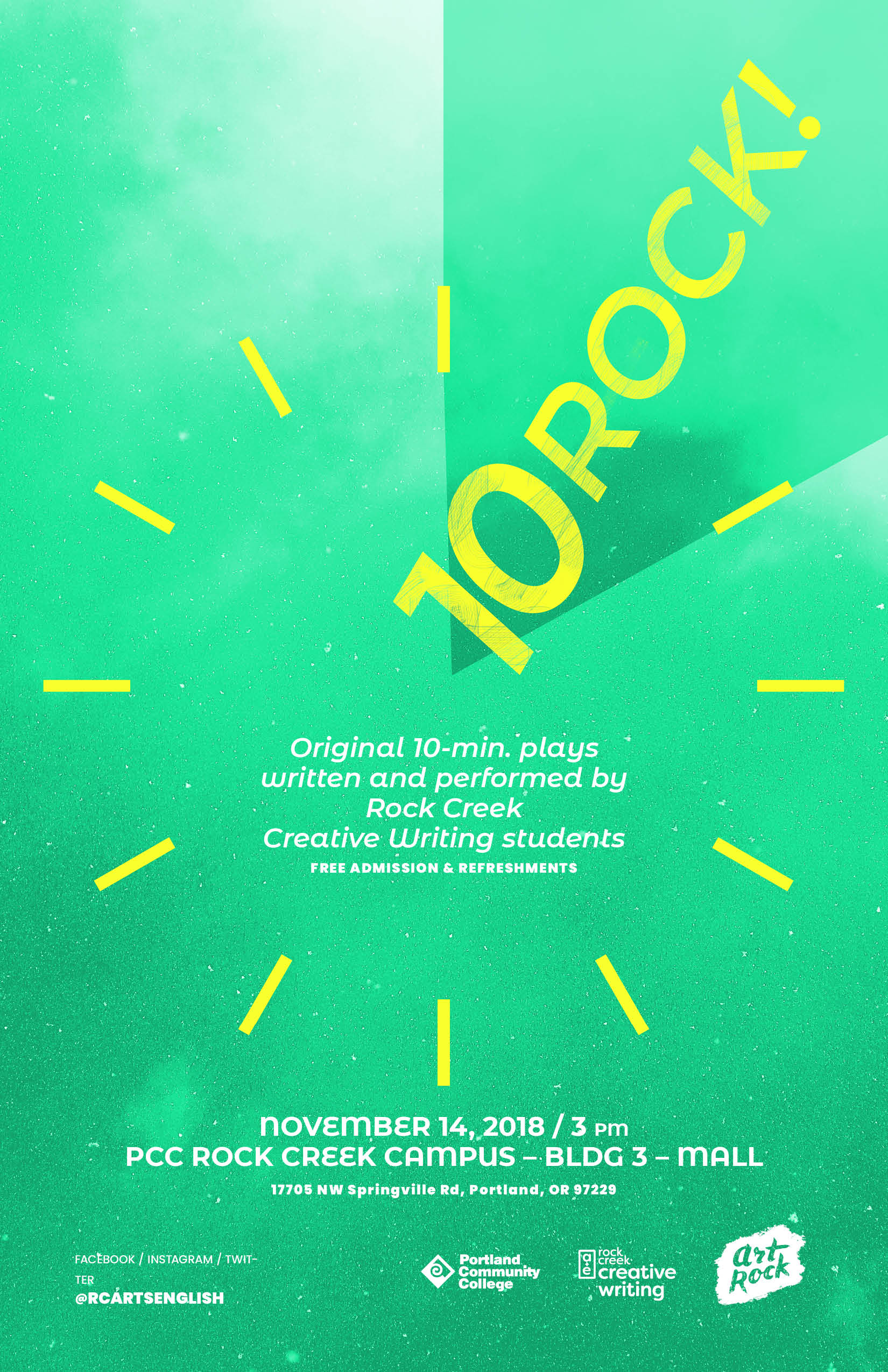