This content was published: April 11, 2018. Phone numbers, email addresses, and other information may have changed.

The Portland Community College Cascade Art Department is pleased to announce a Photographer Speaker Series in support of Portland Photography Month. All students and community members are welcome to attend these free events. The series features nine photographers, who photograph a wide range of subjects and utilize various forms of the medium. They will speak about their life path, artistic practice, and thoughts on the state of photography today. Each artist will lecture for 60 minutes and answer questions. 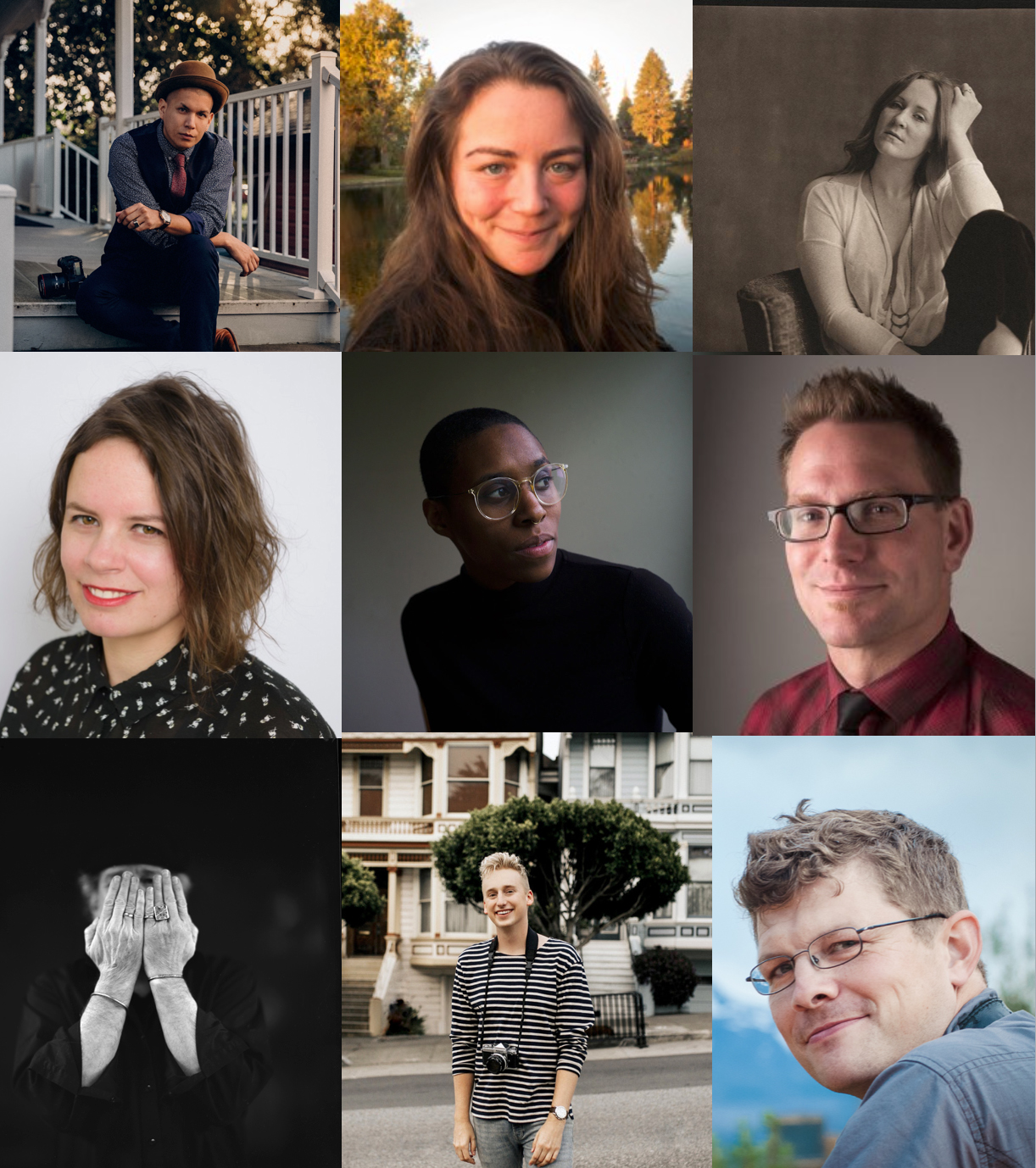 4:30pm – Avi Dascaloff
I was Born in a small town in Brazil, was adopted by an America Mother and a Romanian-Jewish Father who were living in Israel at the time. Grew up in Israel and after my military service in the Israeli Navy I moved back to the states at the age of 21. I was “lost” for a few years, didn’t really know what I wanted to do with my life. after living in Florida, California, Texas and Oregon I finally came to a stop in Washington. Three years ago I decided to quit my day job and pursue my dream of becoming a full time photographer. It hasn’t been easy but very well worth it.

6:00pm – Leslie Hickey
Leslie Hickey lives and works in Portland, Oregon. She earned BA degrees in Studio Art and English from Whitman College in Walla Walla, Washington. Her photographic work has been exhibited regularly, including a solo show at the Jules Maidoff Gallery at Studio Arts College International in Florence, Italy. Last October, she returned to Italy, travelling to Civita di Bagnoregio for a fellowship through The Civita Institute. In June she will mount another solo show at Edel Extra in Nuremberg, Germany. Her work can be found in the recent edition of Big Big Wednesday and at Essentialist, an online magazine. She is a founding member of Small Talk and also SCALENO, an international photographic collective. Leslie is also proprietor of a letterpress, Hoarfrost Press.

7:30pm – Ray Bidegain
Ray Bidegain was born in Tucson, Arizona and started studying photography in high school. At age 17 he began working on weekends for a large studio that offered wedding photography to the Hispanic community in Southern Arizona. Ray graduated from Brooks Institute of Photography in 1981 and returned to Tucson to operate his own studio before moving to Portland, Oregon. After 17 years as a studio portrait photographer, Ray turned to fine art photography, eventually teaching himself the art of platinum printing and, later, wetplate collodion. Fascinated by both the science and the art of photography and printmaking, Ray is an engaging and respected photo instructor throughout the Pacific Northwest. Ray’s photographs are internationally collected, and his work has been exhibited across the United States, and in France, Germany, and Scotland. He is currently represented by Russ Levin in Monterey.

1:30pm – Rachel Wolf
Rachel Wolf specializes in Photography and Light Installations. Many of her projects are experiments in which the external world is lensed in a way that considers inner reality and visual perception; photography implies an objectivity, whose impossibility masks potent subjectivities. One of her principal methods of working with photography is without a camera, and involves directly exposing photographic paper to light and chemicals. She chooses to return to these irreducible elements, the invisible tools of analogue photography, in order to produce a new, tangible photographic subject. This way of working with light in the dark led her to start producing light-based installations. These are spaces in which a viewer may find themselves in a liminal space between sensory experience and knowledge, the analytical and the corporeal, perception and apprehension. Rachel exhibits her work nationally, and is an educator and speaker in the field. Originally from Anchorage, Alaska, Rachel earned her BA from Hampshire College and her MFA from Pacific Northwest College of Art.

3:00pm – Margaret Jacobsen
I’m a non-binary parent who loves dance parties in the kitchen, all day naps, brunch at anytime, writing articles that challenge, raising plant babies, and leading discussions around dismantling patriarchy, societies expectations with relationships, how to take care of our mental health, and how to build community in all that we do. A photographer + writer by trade, who has fallen into strategy + branding, while teaching fellow humans about race, queerness, gender, and often times plants, and pop culture. I try to do as many things as possible, because why not?

4:30pm – Davis Hilton
I am a 23-year-old photographer living in Portland, and I love taking portraits. To be honest, I could photograph people for the rest of my life and be the happiest person alive. I am a college student, currently working on earning my degree in advertising at Portland State University. I’m also a proud member of the LGBT community, and a Game of Thrones fanatic.

4:30pm – Katharine T Jacobs
Katharine T Jacobs is a graduate of Oregon College of Art and Craft. Originally from the rural foothills of the Sierra Nevada Mountains. Katharine began her education at California College of the Arts in Oakland, California. There she learned to shoot with a large format camera and discovered Polaroid type 55 film. In 2007 she moved to Portland, purchased her own 4×5 camera and started photographing friends, family and countless strangers. Her focus in street photography and large format shooting would inspire her journey across the United States and the production of her largest body of work to date; American Strangers. Katharine continues to use portraiture as a main focus in her work. In junction with multiple exposures and mixed media she uses the photograph as a vehicle and a reference point that empowers the viewer to interact with objects and items they may not have. Katharine Jacobs lives and works in Portland, Oregon and is inspired by her family and the nature of the Pacific Northwest.

6:00pm – Blue Mitchell
Blue Mitchell is an independent publisher, curator, educator, and photographer. Based in Portland, Oregon, he has been involved with many facets of the photographic arts. Mitchell received his BFA from Oregon College of Art & Craft where he has also taught studio school classes and workshops. In his personal work, he implements many photographic techniques including toy cameras, pinhole, alternative processes, mixed media, and hand drawing. Most recently Mitchell has been specializing in acrylic lifts–this process and artwork have been published in Photographic Possibilities, 3rd edition by Robert Hirsch and Alternative Photographic Processes: Crafting Handmade Images by Brady Wilks.

7:30pm – Zeb Andrews
Zeb Andrews is a Portland-based photographer who has lived his entire life in the Pacific Northwest. The majority of his work week is spent immersed in photography while working at Blue Moon Camera and Machine in North Portland. Much of his inspiration comes from the photographers and photography he sees circulate through that store on a daily basis, and he in turn loves passing that along. Zeb was an instructor at Newspace Center for Photography for seven years and frequently gives presentations to local high school and college photography programs on all things photographic. When he isn’t at work or enthralled in a class lecture he can often be found on some windswept beach or quietly verdant forest, camera in hand.