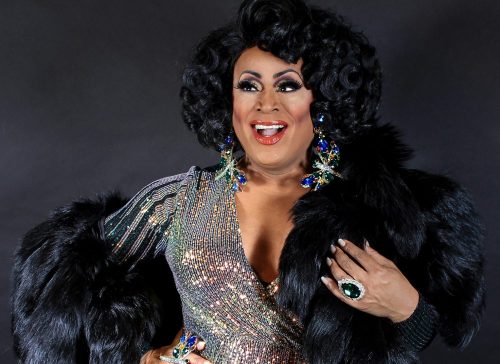 Kevin Cook (aka Poison Waters) has been busy making the rounds on local media. A recent Oregon Public Broadcasting article highlights the class he’s teaching this August titled Histories of Drag Performance in Portland, found in the Music and Theater section of our catalog and online schedule.

In fact, the class is so popular that we’ve just added a new class for summer, beginning August 22nd.

From an earlier article in PCC’s magazine:

“In the late 1940s, Portland Mayor Dorothy McCullough Lee used her influence to threaten liquor licenses for clubs that featured female impersonators. In the 1960s, drag professionals were often relegated to trusted homes or underground clubs to safely ply their trade.

Fast forward to 2020, the city’s longest running drag club Darcelle XV Showplace, which opened during those tumultuous times (1967), was designated a national historic site for its role in the city’s LGBTQ+ history.

But what happened in between?

In instructor Kevin Cook’s three-week summer class, “Histories of Drag Performance in Portland,” students learn about the origins of the local drag scene, beginning in the 1950s and expanding to the 2020 social justice movements. The class also explores the joy, glitz and artistry of the performances.”