This content was published: July 30, 2019. Phone numbers, email addresses, and other information may have changed. 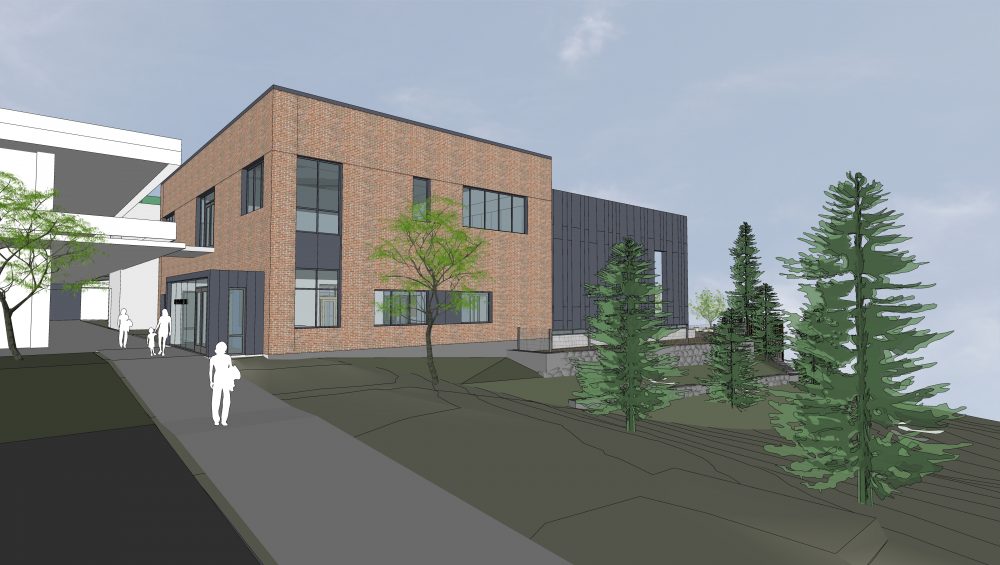 Studies have shown that parents with young children are often unable to attend college because they can’t find affordable childcare. But starting this fall, parents who want to study at Portland Community College will have some new and exciting options.

Thanks to bond measures approved by voters, PCC can now offer care at all four comprehensive campuses.

At Sylvania, the college’s office of Planning and Capital Construction, GBD Architects and Howard S. Wright Construction used funds from the 2008 bond to create a striking new stand-alone building designed to integrate with the two existing facilities that comprise the South Classroom Building (SCB). The project is allowing Sylvania to increase the number of children the Child Development Center (CDC) can serve from 46 to 74, aged 6 weeks to 5 years.

The CDC is unique among the other campus childcare facilities because it serves as the practicum site for students enrolled in PCC’s Early Education and Family Studies program. Its director, Simone Chaves, praised the CDC’s new home as “state-of-the art” and said it will support the center’s unique mission as a laboratory school that models best practices in the field of early education.

“The spaces were very thoughtfully designed, with natural light being a big element,” said Chaves. “Creating these environments is a big part of our curriculum. We want children to be able to explore and investigate their world in a safe, beautiful and also challenging environment.” 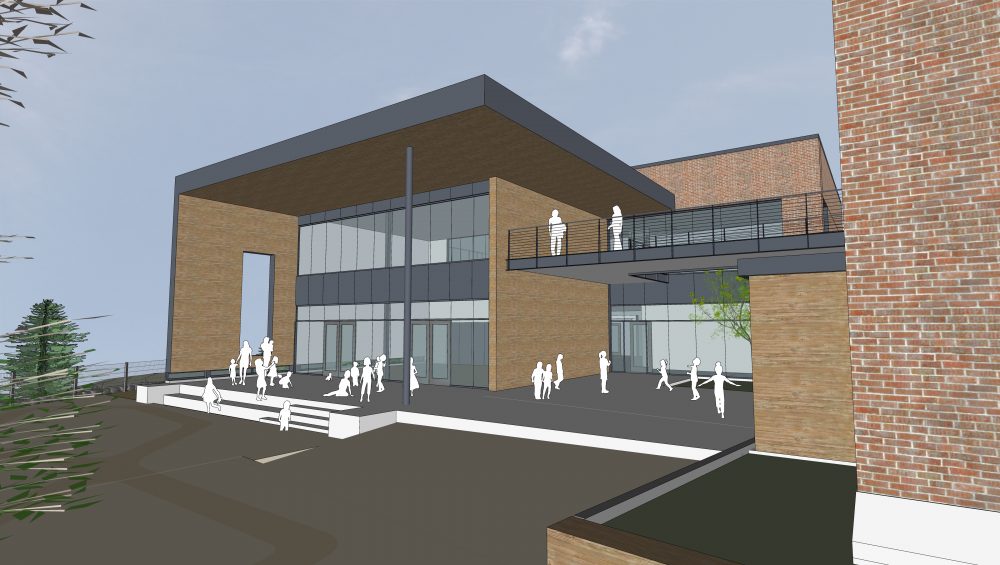 The new CDC, which is currently accepting applications for fall term, has more than 14,000 square feet of space between the new main building and the SCB. Additionally, there is 8,000 square feet of landscaped, naturalistic playgrounds with a water feature and real logs and boulders.

“It was exciting for us to find inventive ways for the children to interact with the natural play features and take advantage of the nearby forest views,” said Project Architect Ryan Burt. “We hope that fun translates into children enjoying the facility.”

Burt said natural materials were also used inside the buildings, and that “harsh primary colors were avoided and neutral/natural colors adorn the space for a calming effect.” 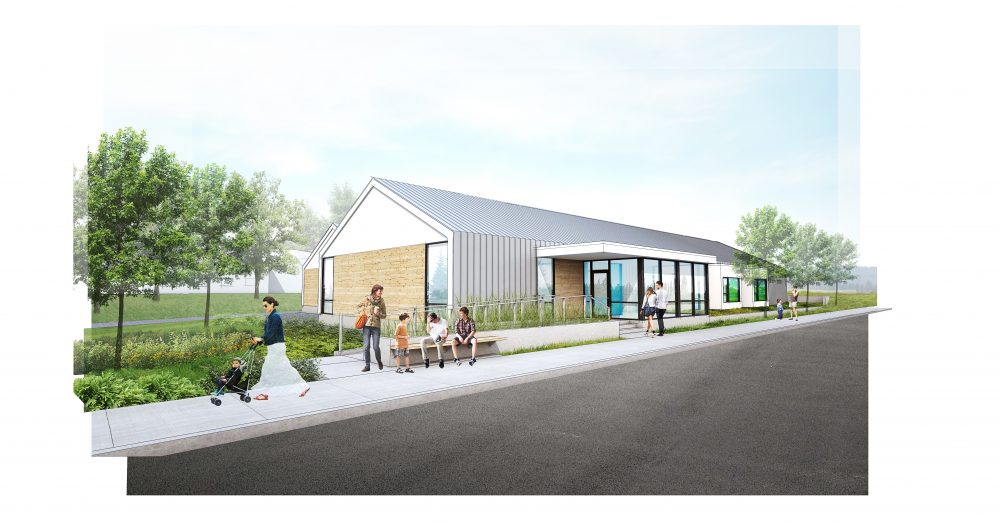 Meanwhile, at Rock Creek, the success of the 2017 bond measure allowed PCC to move forward with a design that was drawn in 2016 and put on hold for budgetary reasons. The campus’ new, purpose-built childcare center is located near the Washington County Museum and will serve 57 children aged 6 weeks to 5 years.

Bob Smith, project manager for Scott/Edwards Architecture, said that most of the original plan has not been altered other than to add an infant room and make some sustainability upgrades.

“One of the most noteworthy changes is the addition of green building accreditation,” said Smith. “We completely revamped the entire specifications in order to make the overall building design more robust and are currently tracking Gold certification with Earth Advantage Commercial.”

PCC is expected to finalize a contract with a local childcare provider this summer for Rock Creek Campus. As with Sylvania’s CDC, the Rock Creek facility is set to open fall term.

Cascade Campus’ childcare center, which is in the new academic building built in 2014, is operated by Albina Head Start and Early Head Start. Southeast Campus’ facility is in the Community Hall Annex, which was extensively remodeled with bond funds in 2015 and is operated by the YMCA of Willamette-Columbia.

All of PCC’s child development and childcare facilities are licensed by the state of Oregon. Requirements for admission and financial assistance vary among the campuses. (Fees at the Sylvania facility — which for years were well below market rate — were raised to bring them in line with the other campuses and the prevailing costs in the community.) For more details, see PCC’s childcare web page.

Is this service exclusive to students or can staff/faculty take advantage of the child care facilities as well?

x by Sarah 11 months ago

This is great news. However, it disturbs me that ‘studies’ were needed to reveal this! I pretty much laughed out loud. If one could afford a full-time daycare or nanny, one would definitely not be needing to attend a community college!!

x by Merrideth 10 months ago

Parents and their children need not just affordable but SAFE daycare while at work, school and other activities. Even though parents might be able to afford it, the amount of payment doesn’t necessarily make it safe. Thank you for continuing to make the process easier, and making a place where parents and their children are, hopefully, going to want to come back to.