This content was published: February 11, 2020. Phone numbers, email addresses, and other information may have changed. 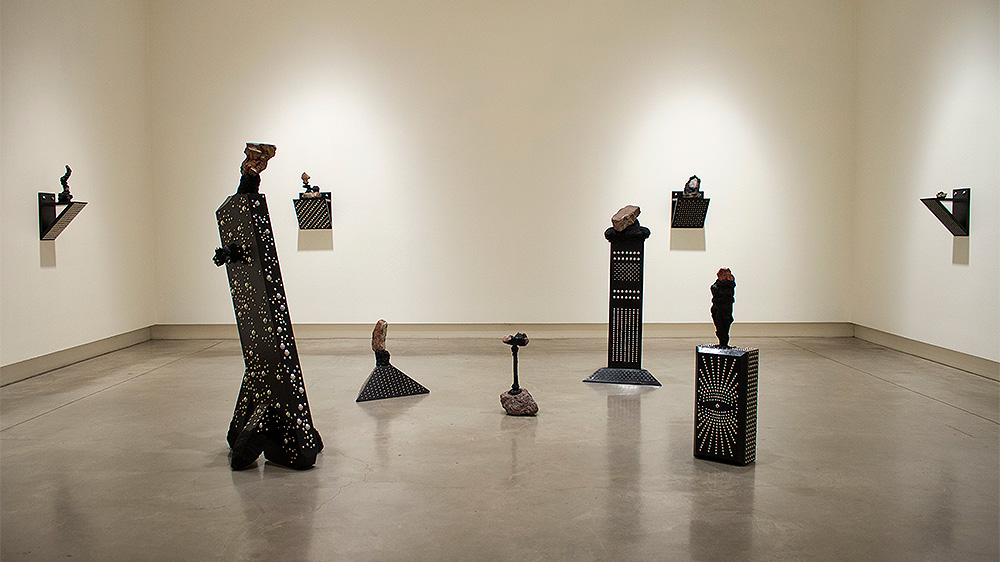 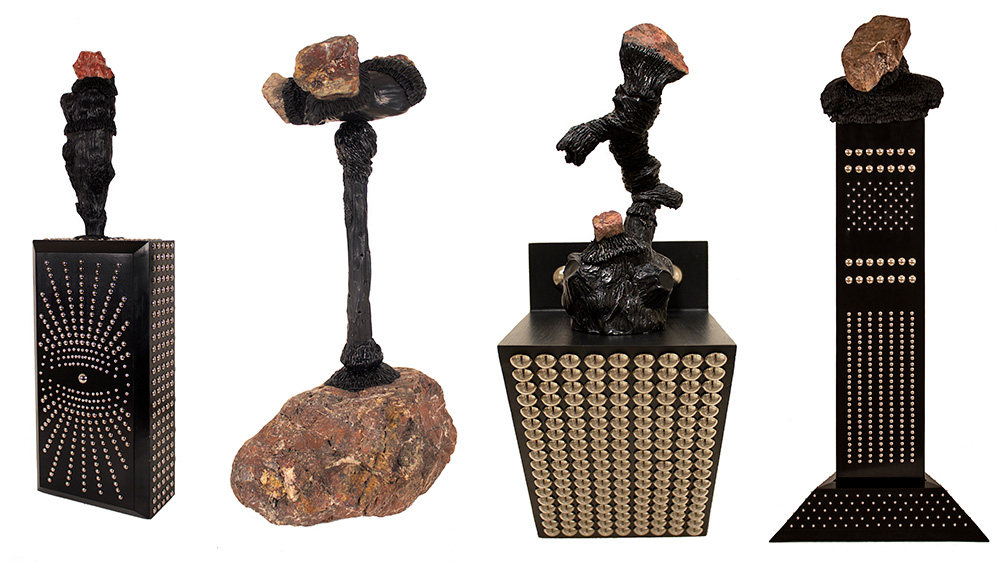 The Helzer Gallery is pleased to announce Meat Rock…Rockers, an exhibition by London-based artist Diana Puntar. This exhibition is generously sponsored by the Schneider Museum of Art and the Oregon Center for the Arts at Southern Oregon University.

Meat Rock is a series of sculptures that combine found rocks collected from a dry creek bed on the Central Coast of California during the drought. They are combined with pedestal-like forms adorned with polished studs much like punk and goth leather jackets. They support and display the organic meat rocks which are made up of red jasper, an aggregate of mineral crystals high in iron with streaks of quartz that give them a distinctive meat like appearance. I felt like a surgeon collecting these prehistoric remnants from the earth.

The rocks, pebbles, and small boulders represent the fragility of our current geological era, and are evidence of damage done. I imagine these anthropomorphized hard lumps of inert matter as proof of consciousness and vulnerability, evidence of our connection to each other and the organic world. I’m fascinated by their age and persistence as much as their corporeal appearance. They are at once beautiful and grotesque; vulnerable body parts from a delicate world that emerged from one of California’s deepest, longest, and warmest historical droughts.