This content was published: June 19, 2019. Phone numbers, email addresses, and other information may have changed.

The 4 Most Common Languages Spoken Around the World 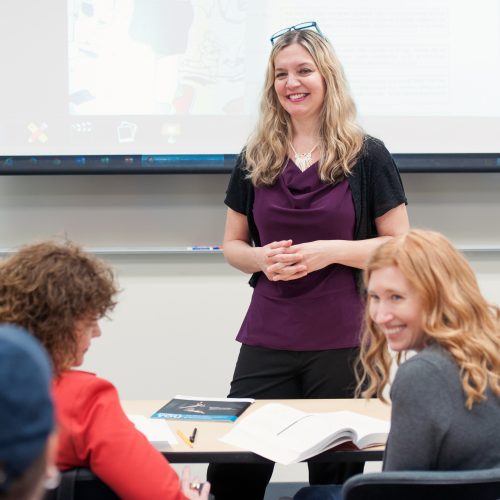 Language is the key to life, and being able to communicate properly is crucial. The more you know how to communicate with others, the better. That’s why it may be beneficial to learn a foreign language.

Did you know there are over 2,700 languages, with over 7,000 individual dialects, spoken around the world? Some of the most common languages are:

While only about 360 million people are native English speakers, 1.5 billion people worldwide can speak English. Latin in origin, it is well established as the world’s lingua franca, or common language. English comes from the “Angles,” a Germanic people who settled in Britain in the first millennium A.D. The vocabulary and sentence structure of English is closest to modern languages like German and Dutch, but it is heavily influenced by other languages.

Fun fact: Did you know that 50% of the words used in the English language come from the French? Words such as joyful, parenthood, jellyfish, killjoy and veneer all have French origins.

Over 1.1 billion people speak Mandarin, but Chinese is not a single language. Actually, it’s a group of related languages, where Mandarin is the largest. Mandarin is also the official language of the People’s Republic of China; the Republic of China, which is also called Taiwan; and Singapore. The native name for Mandarin is Putonghua, which means “common speech.”

Over 544 million people speak Hindustani, which is the collective name for Hindi and Urdu, two dialects of the same language. The name Hindustani comes from Hindustan, a historical term for the north/northwestern part of the Indian subcontinent. Hindi is spoken in Northern and central India, and is the official language of the Indian government. Urdu is primarily spoken in Pakistan.

While Hindi and Urdu have differences in vocabulary and pronunciation, speakers of either language can easily communicate with each other. There are differences in the writing systems of both, as Hindi is usually written in Devanagari script, and Urdu is written right-to-left with a script that’s closely related to the Arabic alphabet.

Spanish is spoken by over 572 million people, of which 437 million are native speakers. It’s the second largest native language in the world, only behind Mandarin. By total speakers, it’s at number four. Spanish originated in the Castile region of Spain. It’s referred to as Castilian, or castellano, in the language. Spanish explorers and conquistadors have spread their language all around the world. Spoken all across South and Central America and the Caribbean, there are also pockets of speakers in Southeast Asia and Africa.

Spanish is also the second most-common language in the United States, with the U.S. being the second largest Spanish-speaking country in the world, only behind Mexico. It is now predicted that it will overtake Mexico and become the largest population of Spanish-speaking people.

Learning a second language can improve your intelligence, as it affects your brain; improves cognitive skills not related to language; and shields against diseases such as dementia as you grow older. It’s also an added benefit to jobs, travel and life. Most importantly, it helps to break down barriers in communication, allowing you to connect with people in their native language.

To start your language learning journey, explore the foreign language courses offered by PCC Community Ed. From Arabic and French to Spanish and Portuguese, you will develop the skills you need to speak and listen in your preferred language as well as learn the key features of the culture.

I am a retired physician who now has a wonderful young man from Mexico living with my wife and I. He has been granted asylum, and is studying the books we have found for him . We would hope to get him into classes as soon as possible . How do we proceed.