This content was published: December 14, 2018. Phone numbers, email addresses, and other information may have changed. 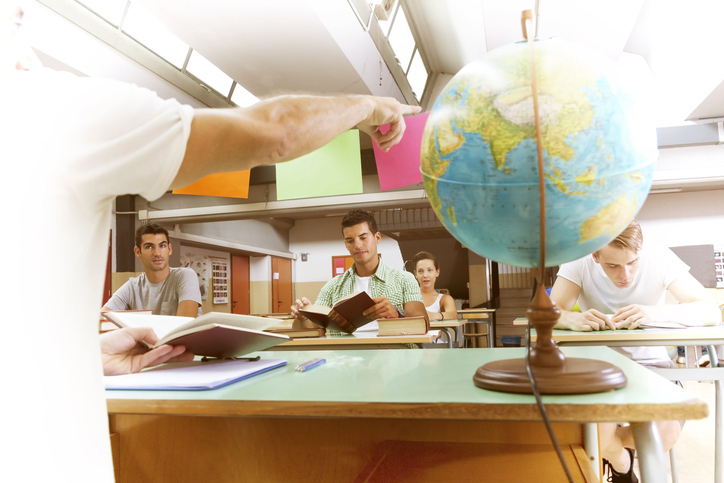 Community Ed’s language classes are a fun way to explore the world without leaving the creature comforts of Portland. Learning a new language with PCC is fun – the experience can offer a deeper connection to other cultures and become a conduit to community – as classrooms are filled with students having similar interests. Learning a language is also practical and can enhance your personal and professional life. While there are a number of ways to learn a new language, PCC’s instructor-led classes can help you develop and reinforce key foreign language skills. These are a few of the languages offered by PCC Community Education this term.

Did you know that one in six people, or roughly one billion people, speak Mandarin? Even the number of multinational companies looking for executives who speak Mandarin has risen by 35% from previous years. That means that learning Mandarin provides a lot of opportunity for career growth.

In Chinese Conversation: Level 1 Mandarin, you can learn the foundations of Mandarin, as well as the basics of speaking and listening to the ancient language. By completion, you will be able to begin holding conversations with native speakers.

Italian is a beautiful and intricate language, and it’s probably the language most linked to the world of art and culture. In Italian Conversation: Level 1, you will pick up fundamental conversational skills to discuss the food, wine, fashion and art of the Italian culture. Take it a step further with Italian Conversation: Level 2, which will help you expand your ability to use Italian in practical situations by learning more grammar, vocabulary, pronunciation and conversation phrases.

Irish Gaelic is the native language of Ireland. An astonishing 32.3 million (10%) people living in the United States claim Irish heritage, and 12.1% of Oregon residents report some Irish ancestry.

Learning this language is a great way to build relationships with the Irish and Irish Americans in your community. In Irish Gaelic: Level 1, you can explore its unique features and cultural traditions while learning the language that produced the oldest vernacular literature in Europe outside of Latin and Greek.

Learning German isn’t nearly as hard as you may think, and it’s the most widely spoken language in Europe – allowing you to connect with about 120 million native speakers around the world. The German Conversation: Level 1 class introduces you to the German language in a supportive environment to develop basic listening and speaking skills. German Conversation: Level 2 helps you continue to enhance your basic skills – improving conversation and vocabulary while building language skills through classroom discussions and other activities.

Spanish is one of the fastest growing languages in the U.S. And with more than 437 million people who speak Spanish as a native language, it’s the second most spoken language in the United States behind English.

Arab culture is rich and interesting, and learning Arabic can help you better appreciate the region’s unique way of life, cuisine, literature, music and art. Arabic Conversation: Level 1 immerses you into this expansive and beautiful language, which is one of the oldest and most widely spoken languages in the world. Arabic Conversation: Level 2 is a continuation on the journey, introducing you to conversational dialogue.

Similar to learning other foreign languages, understanding Russian opens doors to new friendships, job opportunities and cultures. Furthermore, it’s the most common language in Oregon behind English and Spanish.

Learning French is ideal for world travelers, as the language is spoken on five continents and it’s the official language in 29 countries, including Belgium, Haiti, Switzerland, Senegal, Canada and more.

Learning a new language through instructor-led classes can help boost language skills by immersing yourself in culture and conversation. Visit the PCC language classes page to elevate your foreign language skills in 2019.

x by Jaishell Greenup 3 years ago

PLease put in some korean classes

x by Mike Phillips 3 years ago

x by Sherryl 3 years ago

How can i enroll?

x by Mike Phillips 3 years ago

Sherryl – this URL offers instructions for enrolling in a course: https://www.pcc.edu/community/about/registration/

x by Elara Breckenridge 2 years ago

When will there be another Arabic course offered?

x by Mike Phillips 2 years ago

x by Ryan Windham 1 year ago

Is there a chance of getting Dutch courses soon?

x by Mike Phillips 1 year ago

Howdy, Ryan. There aren’t any Dutch classes on the horizon – but if we come across an instructor we may consider it! Thanks, Mike