This content was published: June 12, 2017. Phone numbers, email addresses, and other information may have changed. 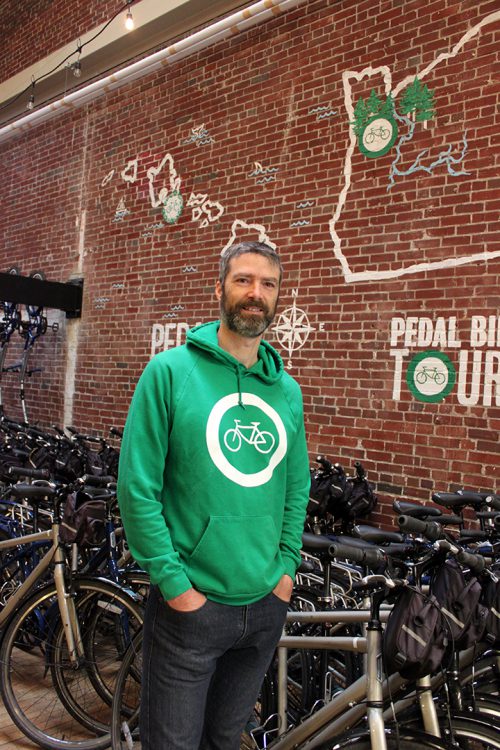 Todd Roll has been riding bicycles since his first hand-me-down Schwinn. He had a paper route at age 13, saw his first road biker a few years later and used money that was supposed to be for college to get his first road bike. Never liking to sit still and drive, Todd has dragged bikes to everywhere he’s lived including Eugene, Rome, San Diego, Seattle, Zurich, and now Portland and Honolulu. Todd has done bike tours all over the west coast, Canada and Europe. This summer he is leading three bike tours for PCC Community Ed: Pedal Tours: Food Carts, Pedal Tours: Columbia Gorge, and Pedal Tours: Historic Downtown.

Justin is the Graphic Designer for PCC Continuing Education. His responsibilities include designing departmental promotions, student support and customer relations. Justin has an Associates of Applied Science in Graphic Design from Portland... more »