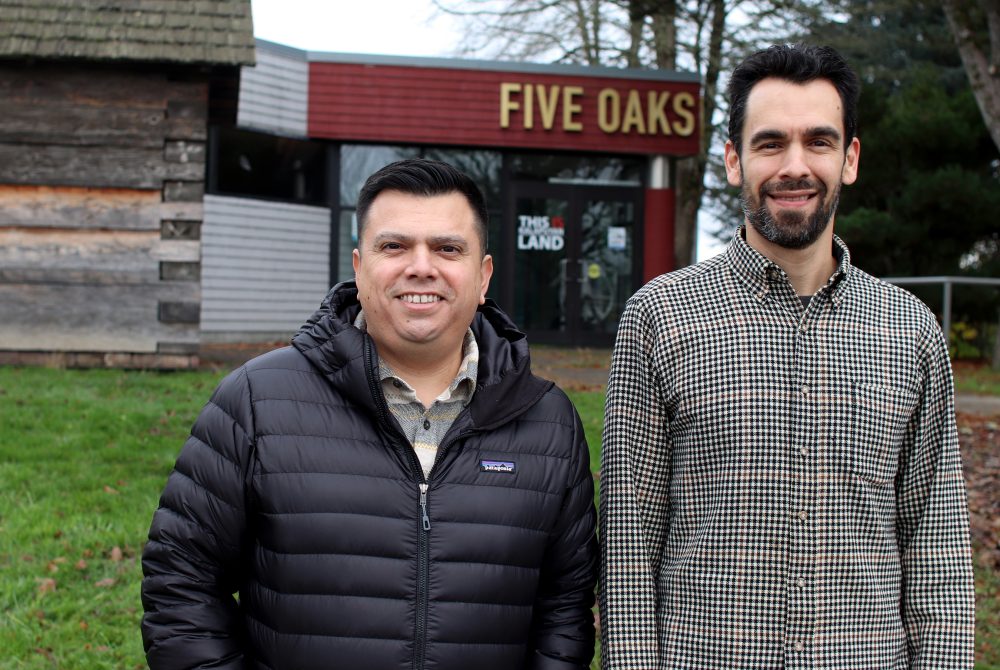 On May 19, 2016, in response to racially-charged incidents at Forest Grove High School in Western Washington County, thousands of students at schools throughout the Portland metro area participated in a series of organized walk-outs to demand changes to the educational system. The protests, amplified via social media with the hashtag #StandUpFG, started a movement in Oregon to do more to help students find success through a greater sense of belonging at their schools.

The story of this moment, its connection to the past, and impact on the future is told by Portland Community College history instructor Israel Pastrana in the newest virtual exhibition at the Five Oaks Museum (formerly Washington County Museum). The exhibition, “#StandUpFG: Latinx Youth Activism in the Willamette Valley,” debuted in October and will run through June of 2022. Pastrana is the first PCC staff member to serve as a guest curator for the museum, an independent non-profit located at the college’s Rock Creek Campus.

The Guest Curator Program at Five Oaks Museum was created to decentralize the museum’s singular authority and voice in storytelling. Instead, major annual exhibitions are put in the hands of community members who are chosen by a committee then given a platform, access to resources, and support from staff to speak authentically about their own history and experiences.

For Pastrana, a child of Mexican immigrant parents and self-labeled “high school pushout,” which he ascribes to the failure of educational institutions to serve students of color, the exhibition was indeed personal. He also met many of these same #StandUpFG youth leaders in his PCC classrooms where they continued their push for a more inclusive educational system. 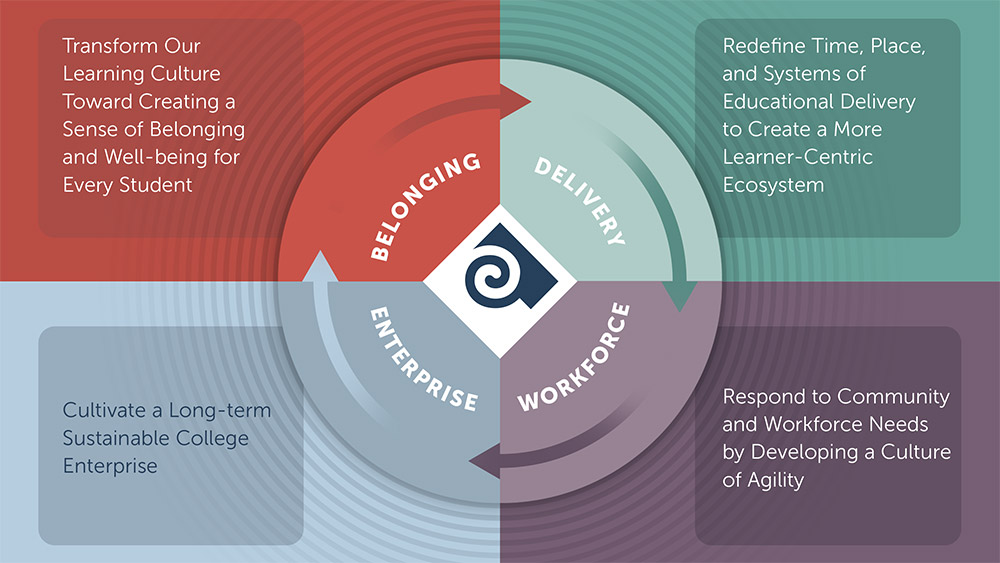 “I am grateful for the trust that the students I have worked with have placed in me, and I hope that the exhibition does some justice to the courage and vision of the youth that inspired it,” Pastrana said.

The Call for Ethnic Studies

In the weeks following the walkouts, a powerful consensus among the youth activists at Forest Grove had emerged in favor of mandating an ethnic studies curriculum — the study of race and ethnicity that centers the knowledge and experiences of people of color — as well as diversity training and greater representation among the faculty, staff and school board.

Testimony from these same students played a significant role in the 2017 passage of House Bill 2845, which made Oregon the first state in the country to require ethnic studies curriculum at its K-12 public schools.

The impact of this movement was soon felt at PCC in 2018 when Pastrana’s students extended their push for ethnic studies curriculum to the college. They went on to develop a collective class project that formally documented the historic protest and call for belonging many of them had helped lead. This became the basis for the exhibition.

Though the walkouts happened over five years ago, Pastrana said the relevance and urgency of this story have never been greater as students and educators alike work to improve outcomes for marginalized students, including prioritizing academic curriculum like ethnic studies.

“The essential value of ethnic studies is that it fosters a sense of belonging for all students because it values the lived experience that they bring with them into the classroom and positions them as co-creators of knowledge,” he said.

The Path to Equitable Student Success

Students rally outside of the Forest Grove School District offices after their walkout at Forest Grove High School.

With the adoption of its 2020-25 Strategic Plan, PCC sent a powerful message about the role of belonging in meeting the college’s overarching goal of equitable student success. One of four core themes that define the five-year plan, PCC Associate Vice President of Academic & Career Pathways Jeremy Estrella said a sense of belonging is essential to the success and retention of every student.

“When an individual feels like their lived experience is valued, their culture and self are reflected in the college’s academic and social environment, and there’s mentorship; a sense of belonging develops,” he said.

The story of #StandUpFG is both a connection to the past and, according to Pastrana, an example of how Latinx youth activism continues to shape our collective futures at PCC and beyond.

“This exhibition is a tribute to the courage, vision, and commitment of Latinx youth, who for generations have pressed us to better understand our history, culture, and the role that education plays in creating a more just and equitable future for all of us,” Pastrana said.