This content was published: June 28, 2019. Phone numbers, email addresses, and other information may have changed. 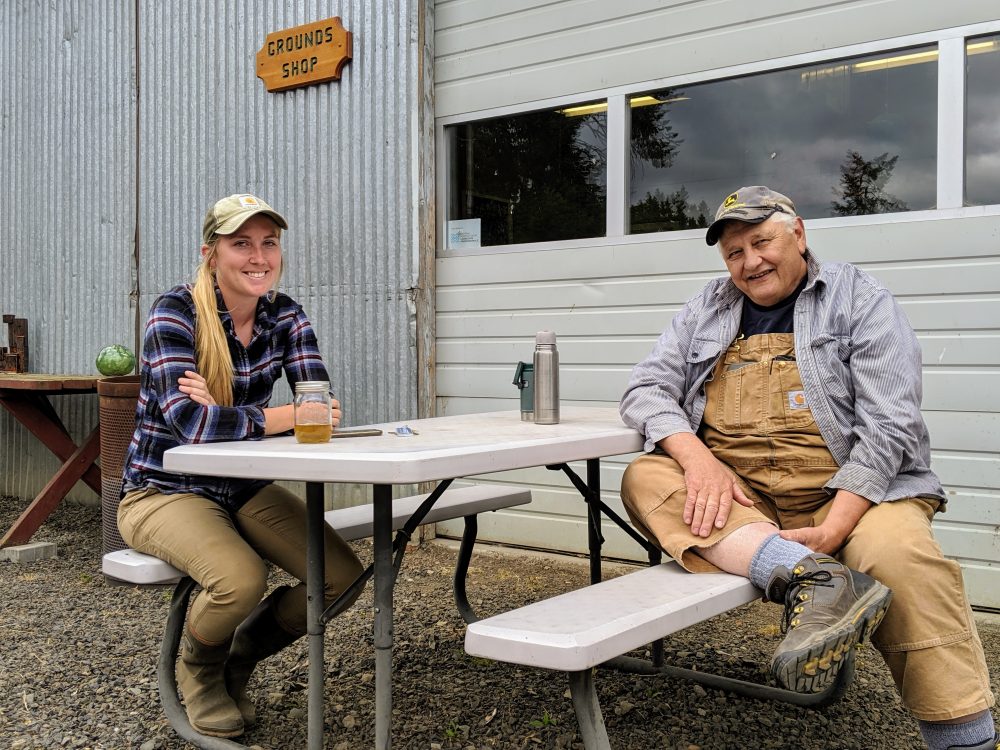 Nearly 25 years after he first climbed aboard a tractor at Portland Community College’s farm at the Rock Creek Campus, Terry Lookabill is riding off into the sunset. Lookabill is retiring as the PCC Veterinary Technology Department’s farm coordinator after a career of dutiful service and care for people and animals alike.

Lookabill’s replacement is Avery Thompson, a graduate of Texas A&M’s Commerce’s Animal Science Program, who began training with him at PCC in late April.

Lookabill grew up on a farm in Newberg, much like the one he would later manage for PCC. His introduction to the college, however, came during a three-year stint as the district’s locksmith, a trade he taught himself during a 15-year period working at a paper mill.

Upon taking over the farm management at the Rock Creek Campus in late October of 1994, Lookabill said his top priorities were to get the facilities and machinery fully operational.

“There was nothing running when I got here,” he said. “The only piece of machinery that was actually operational was the manure spreader.” 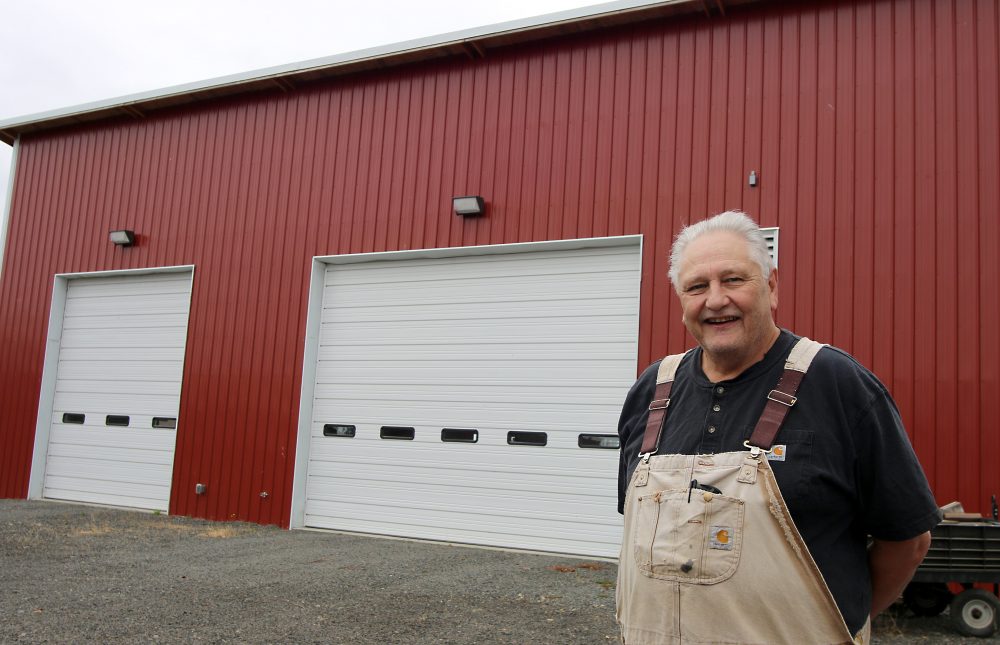 Lookabill stands in front of the service shop shortly after its construction in 2018.

Eventually, Lookabill repaired rest of the machines and was instrumental in several important facility upgrades that improved the quality of life for livestock and educational experience for students.

Among his many achievements, he said he is most proud of the guidance he provided that helped shape the construction of the repair shop and cattle-handling barn, both built in 2018 with funds from the 2008 bond improvements.

“Those took a long time to get done, but they’ve turned out to be just wonderful and have made a huge difference in the quality of the labs,” he said. “The squeeze chute for the cattle used to be outside, and we spent some miserable labs out there in pouring rain.” 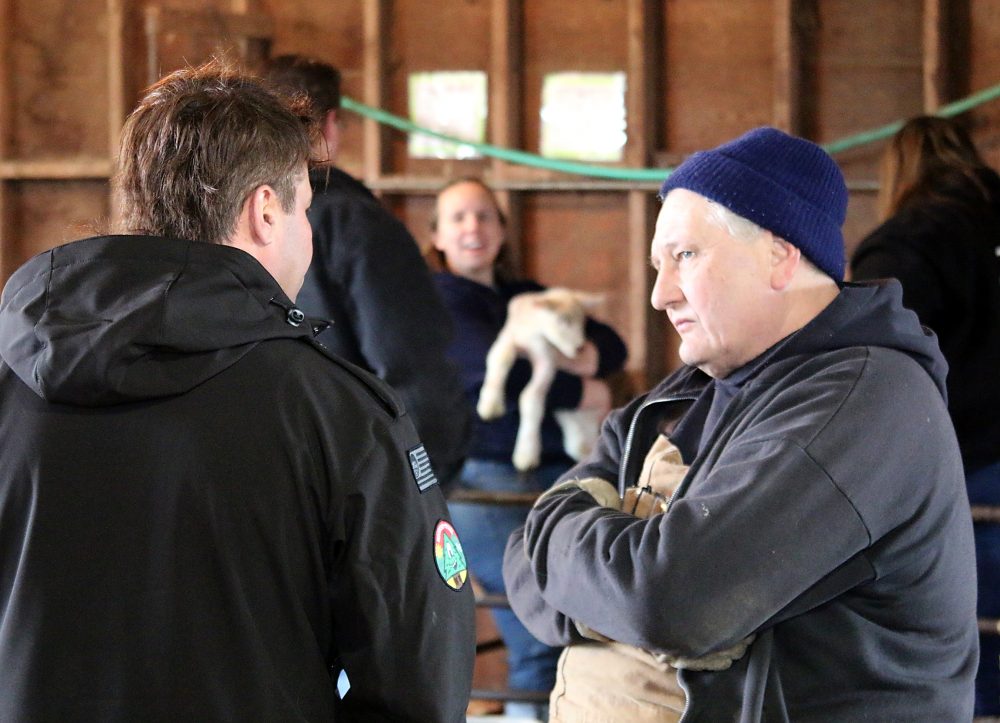 Lookabill said he’ll miss most the variety of students he connected with over the years.

Lookabill has played a critical role in the success of the Veterinary Technology Program, which has seen an average of 97 percent of graduates pass the technicians’ national exam while providing balanced opportunities for hands-on learning with both large and small animals.

For Lookabill, however, the boost of energy that comes with connecting and engaging with a diverse group of students each term will be hardest to replace.

“I’ve always been fascinated by their backgrounds and who they are outside of class,” he said. “I’ve had some really interesting conversations with people from other countries about how they raise livestock differently than we do — it’s been really cool.”

Lookabill said he always viewed the farm as a resource for all, regardless of their affiliation with Vet Tech. He welcomed any student to enjoy the tranquility of the barn, whether by studying atop a hay bail or spending a few quiet moments with the animals.

“I had a veteran student a few years ago who would come out fairly frequently just to take a break and get away from the commotion,” he said. “I told him, ‘As long as you want to stay out here, you stay out here.’ And I’ve tried to do that with everybody.” 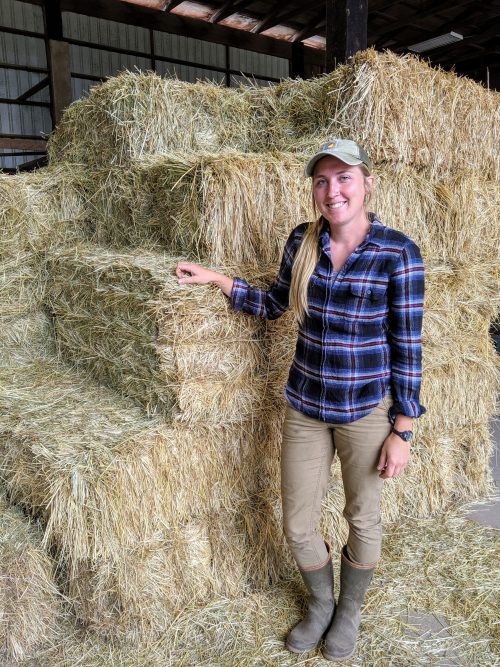 Thompson grew up in Maryland and worked on professional farms in Texas, Michigan, and Oregon before coming to PCC.

With Lookabill’s departure, Thompson takes over the day-to-day management of one of the most unique career technical education facilities in Oregon and a beloved part of life at the Rock Creek Campus.

“It’s a big deal to a lot of people here,” Lookabill said of the farm. “We like to brag to other campuses and colleges about being able to go out and see the animals.”

Thompson grew up caring for horses in Maryland and has since worked on professional farms in Texas, Michigan, and Oregon. She said she had taken the GRE and was preparing to apply for veterinary school when she saw the PCC position.

“I had started doing more hands-on work with the medical care of livestock and got really interested in that, but then I saw the ad for this job and said ‘oh my gosh, that’s my job.’”

She was selected after a competitive hiring process that included committee interviews and practical field work. Finalists were tested by Lookabill in operating farm equipment, identifying approximately 70 mechanical and veterinary tools, and herding livestock.

“I had to move a cow through a chute, and I think I was lucky that I was the first person to go because she was more willing,” Thompson said. “From what I’ve heard, as the day went on she was less willing, so I feel like I have Lucy to thank for my getting this job.”

Lookabill said he’s confident the farm will be in good hands as he prepares to leave the campus he’s called home for the past 25 years. In fact, his only concern has more to do with house hunting and, specifically, shop space.

“I’ve got enough shop projects to keep me busy until I’m about 95,” he said. “I just need to find a place that has enough space for me to set some tools up because I’d go completely nuts without having a little shop to tinker in.”

Meanwhile, Thompson said she hopes to eventually explore new ways to connect the farm with the surrounding community while also developing more environmentally conscious methods of farming. Working alongside Lookabill over the past couple of months, Thompson said she was struck by his dedication to students and sincere love for the job.

“Terry and I were talking one day, and I asked him what his dream job would be,” she said. “He told me, ‘This was my dream job.’ That made me so excited for the future because I think it could be my dream job, too.”

x by Elaine Cole 2 years ago

I will miss you Terry. Thanks for all your guidance, tool time fun and help with all my garden and sustainability projects. The college was so fortunate to have you here for all those years.
Elaine