PORTLAND, Ore. – One of classical music’s most popular and personal works, the German Requiem Mass op. 45, by Johannes Brahms, will be performed two times in February. The Portland 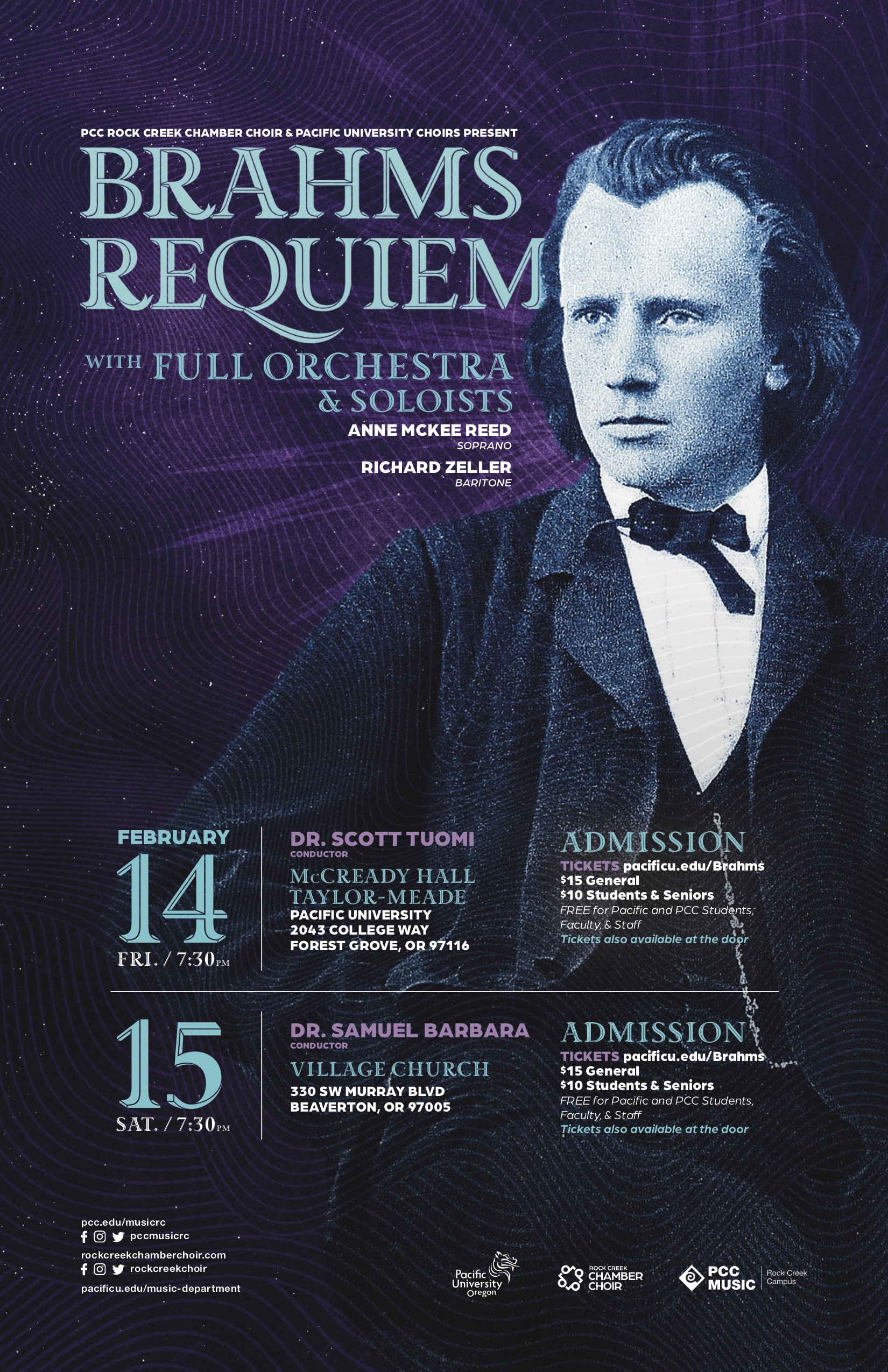 Dr. Scott Tuomi from Pacific University will conduct the February 14 performance and Dr. Samuel Barbara, director of choral and vocal studies at PCC Rock Creek, will conduct the February 15 performance.  Tickets are $15 ($10 for students and seniors 62 and over) and available online and at the door. The concert is free for PCC and Pacific students, faculty and staff.

$15.00 general admission, $10.00 students and seniors, free for Pacific and PCC students, faculty and staff. For advanced tickets, go to: pacificu.edu/Brahms. Tickets will also be available at the door.

“As far as the text is concerned, I will confess that I would very gladly omit the ‘German’ as well, and simply put ‘of Mankind”

At the time Brahms wrote his Requiem, the traditional text for the Roman Catholic requiem mass, or mass for the dead, contained text filled with images of the horrors of the last judgement. Brahms preferred text from Martin Luther’s vernacular version of the Bible, which sought to comfort those still living. The young Brahms had already experienced a great personal loss when his close friend and mentor, Robert Schumann, died in 1856. He finally completed the Mass in 1868, three years after the death of his mother.

The mass was controversial at the time because the text does not mention Christ or references to the Last Judgement. Regardless, his Requiem Mass became one of the most important works of Brahms’ career and established him as a major composer of his time. The piece is one of the most beloved in the entire classical repertoire.

For more information about the concerts, please contact Samuel Barbara at Samuel.barbara@pcc.edu or 971-722-7867 or go to pcc.edu/musicrc.