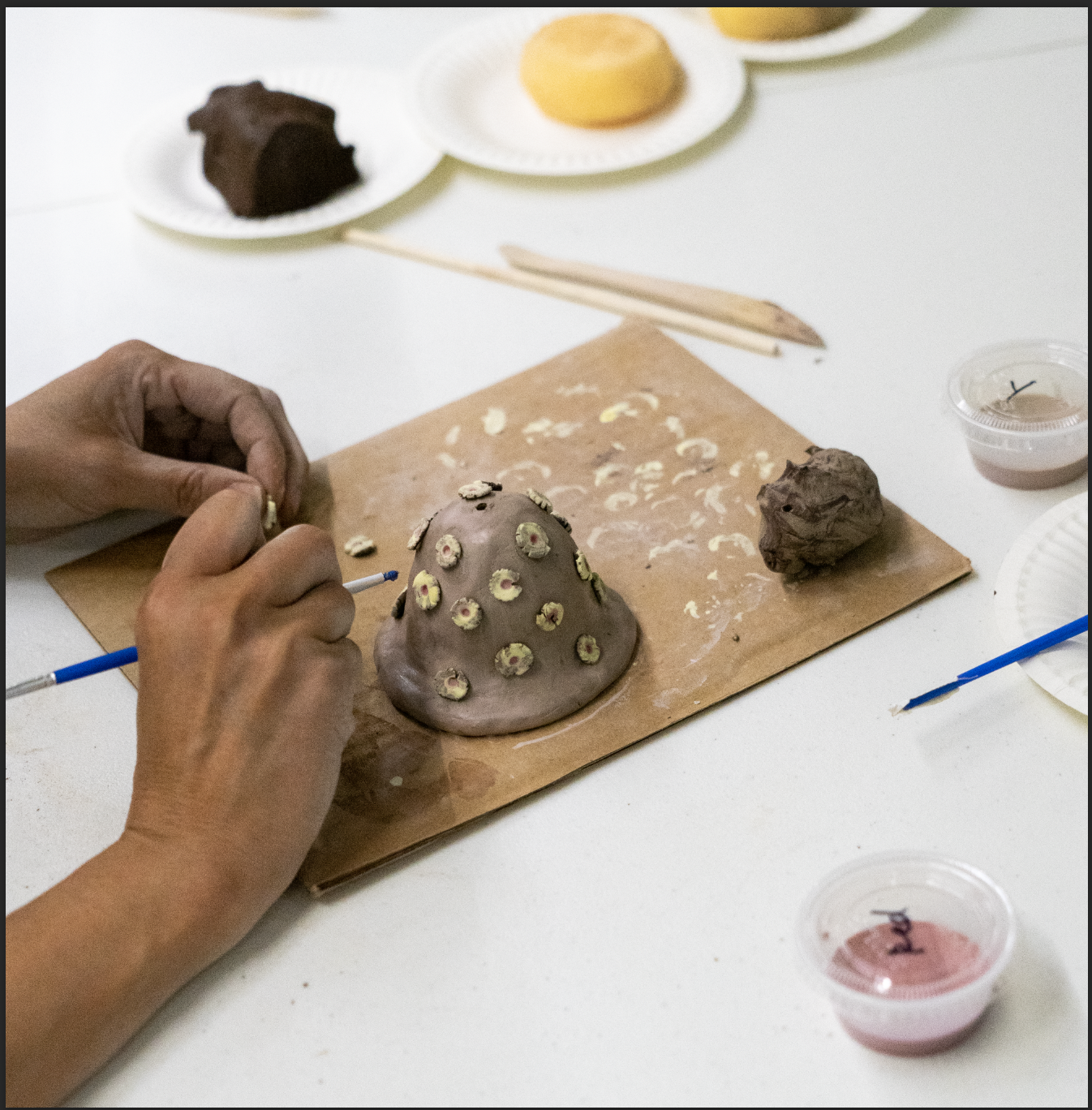 Honoring community and history through collaboration

Connections within community spaces, moments, and forms involve many different cultures. In these experiences, imagining new relations with each other and themselves resonates with Midori’s art practice.

The launch of this series of community-based activities invites the PCC community as well as the neighbors in the surrounding area of SE 82nd and Division streets to participate in ceramic bell-making.  This first workshop, and each additional event afterwards, center on the history of SE Portland’s Japanese American Farming community and the natural habitat.

The November 17th launch begins at the SE Art Gallery on the PCC SE Campus, where Japanese American farmers were once active in the early 1900’s During WWII, families were sent to internment camps, and many did not return.  A few of the orchard trees that were planted are still fruiting to this day.

The ceramic bell-making workshop invites the public to make their own interpretations of furin, Japanese “wind bells,” with the goal of building community connections and engaging in discussions about the past, present and future of the SE Portland area.

Midori is a second-generation Japanese American born in Hood River, Oregon. Her parents established their roots in the Pacific Northwest when they immigrated in the late 1960s to work in the orchards and farms along the Columbia River Gorge.

Midori’s work has been shown nationally and internationally, including solo exhibitions at the Museum of Contemporary Art Santa Barbara, Santa Barbara, CA, and Disjecta Contemporary Art Center (now called Oregon Contemporary) for the Portland Biennial. Her work has been included in group exhibitions at The Lumber Room in Portland, OR; East/West Project, Berlin, Germany; Newberg Gallery, Glasgow, Scotland; and Fylkingen, Stockholm, Sweden