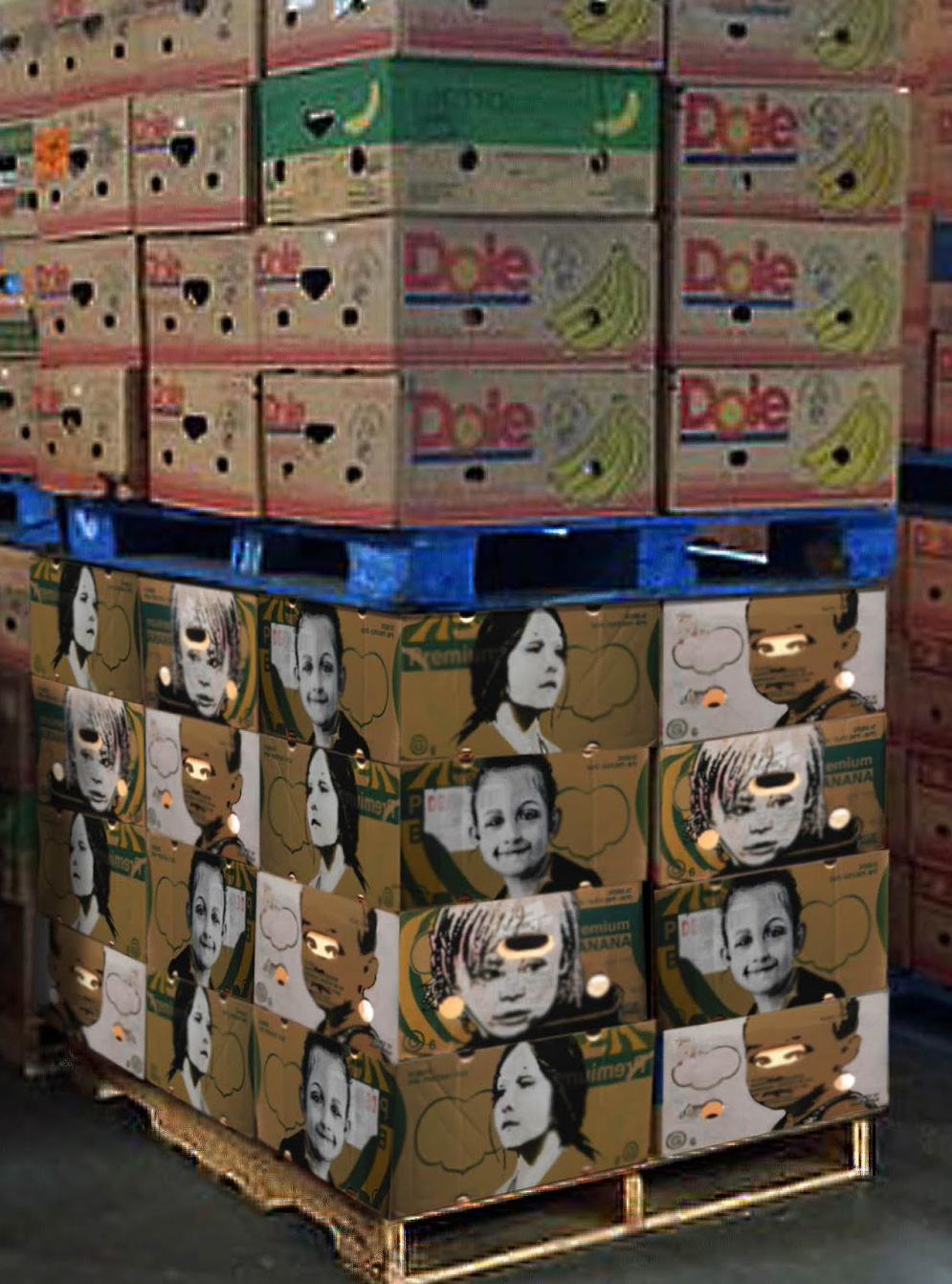 Thatcher’s concerns about the extent of food insecurity in our community inspired his portfolio Faces of Hunger. As a volunteer at a regional food bank, Thatcher helps supply relief provisions to local agencies.  In an attempt to engage more volunteers in the work, he sought out a way to better communicate about the people the agencies were serving.  He began by photographing recipients in dozens of food pantries and community kitchens served by the United Community Action Network (UCAN) in Douglas and Josephine Counties in Southern Oregon. He went on to paint these faces, symbolically using banana boxes as one of his mediums. The food distribution system, from food banks to food pantries, relies on banana boxes as carriers. As such, Thatcher felt banana boxes a natural choice for an art material, along with loading pallets, to depict portraits of relief recipients.

Faces of Hunger seeks to share the untold stories of these individuals facing food insecurity  — the faces of kids, mothers, grandparents.  This portfolio expands the discussion about food insecurity in our region, promotes the Oregon Food Bank, and seeks to enlist viewers into the cause. Thatcher believes that change happens one heart at a time, including his own. 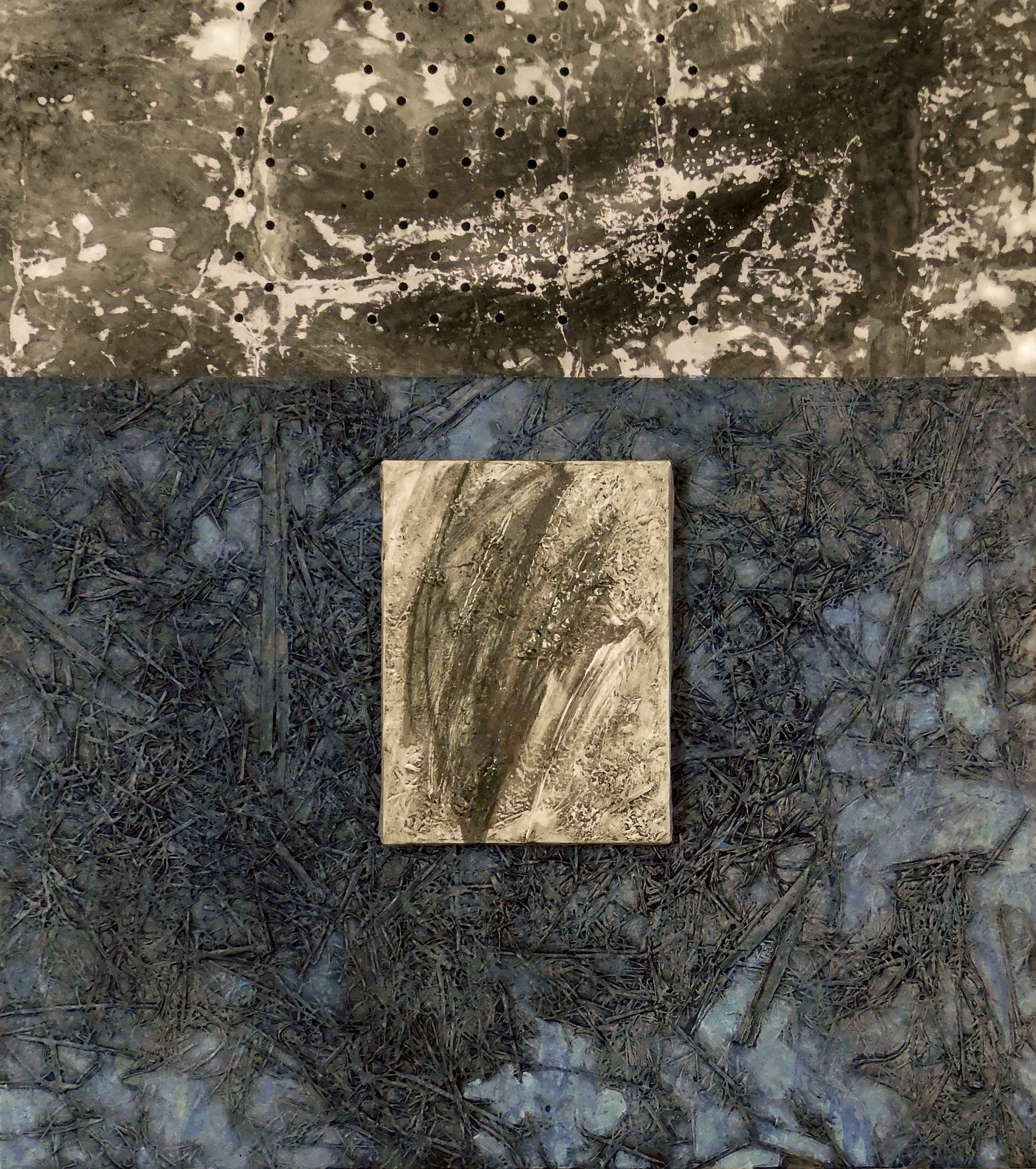 During his 24 years as a cabinet maker, Thatcher used studio art as a way to escape the precision and routine of the trade. The works on display at the Southeast Gallery incorporate mixtures of hay and bulrushes embedded in latex paint, with heavy textures and thrashing paint dominating his artwork. Washes gather pigment into every nook, allowing geometry to be peripheral, rather than a focus.

About the Artist: Biography as Art Practice

In 1982, one of Thatcher’s professors at the Corcoran College of Art & Design, Washington, DC told him that he could 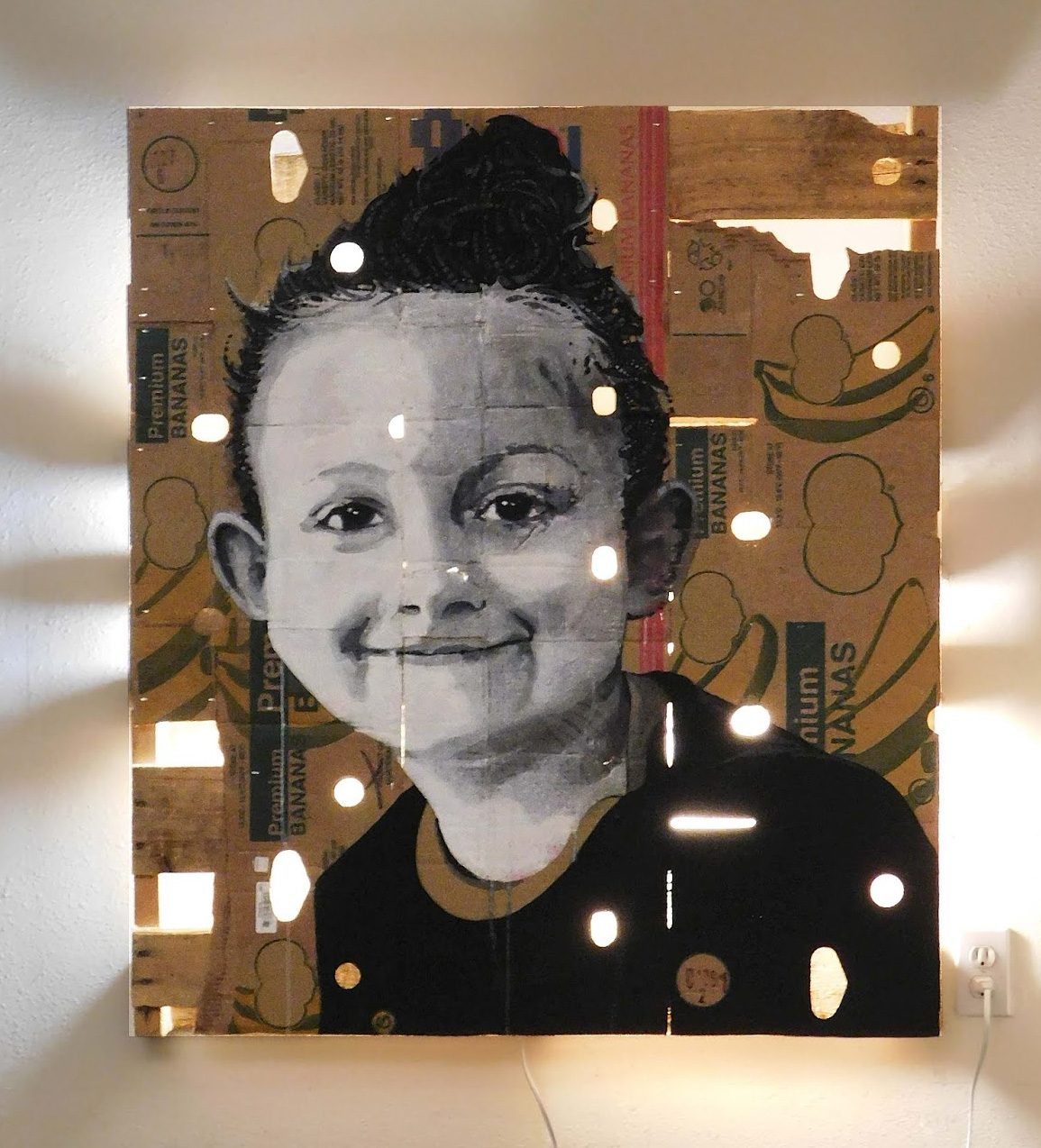 sweep the studio floor and put it into the artwork he was making.  It was 15 years before he actually did that, but the essence of the comment was about making artwork that “used the stuff of life” as a medium. This concept has led Thatcher to embed tree branches, bark, leaves, and hay in paint, and to employ parts and processes from a 24-year career as a cabinet maker into his artwork.

The real estate bubble burst in 2008 forced Thatcher into retirement from cabinet making and changed his life. He joined the staff of a missions-based ministry where he had been volunteering in Southern Appalachia. They did mission trips every week, where he experienced the necessity, the power, and the joy in serving those in need.

Ten years later, he reconnected with that passion as a volunteer for the United Community Action Network (UCAN) Food Bank in Roseburg, Oregon. Thatcher’s portfolio is based on that volunteer work — both emotionally, and by “using the stuff of life” as a medium.

This portfolio speaks of Thatcher’s personal history in exploring art materials, of hands-on ministry, of experience in food distribution, and passion for confronting food insecurity. Thatcher’s biography is reflected directly in his art practice.