This content was published: July 11, 2018. Phone numbers, email addresses, and other information may have changed.

It’s Always Dusty Because Everything is Falling Apart 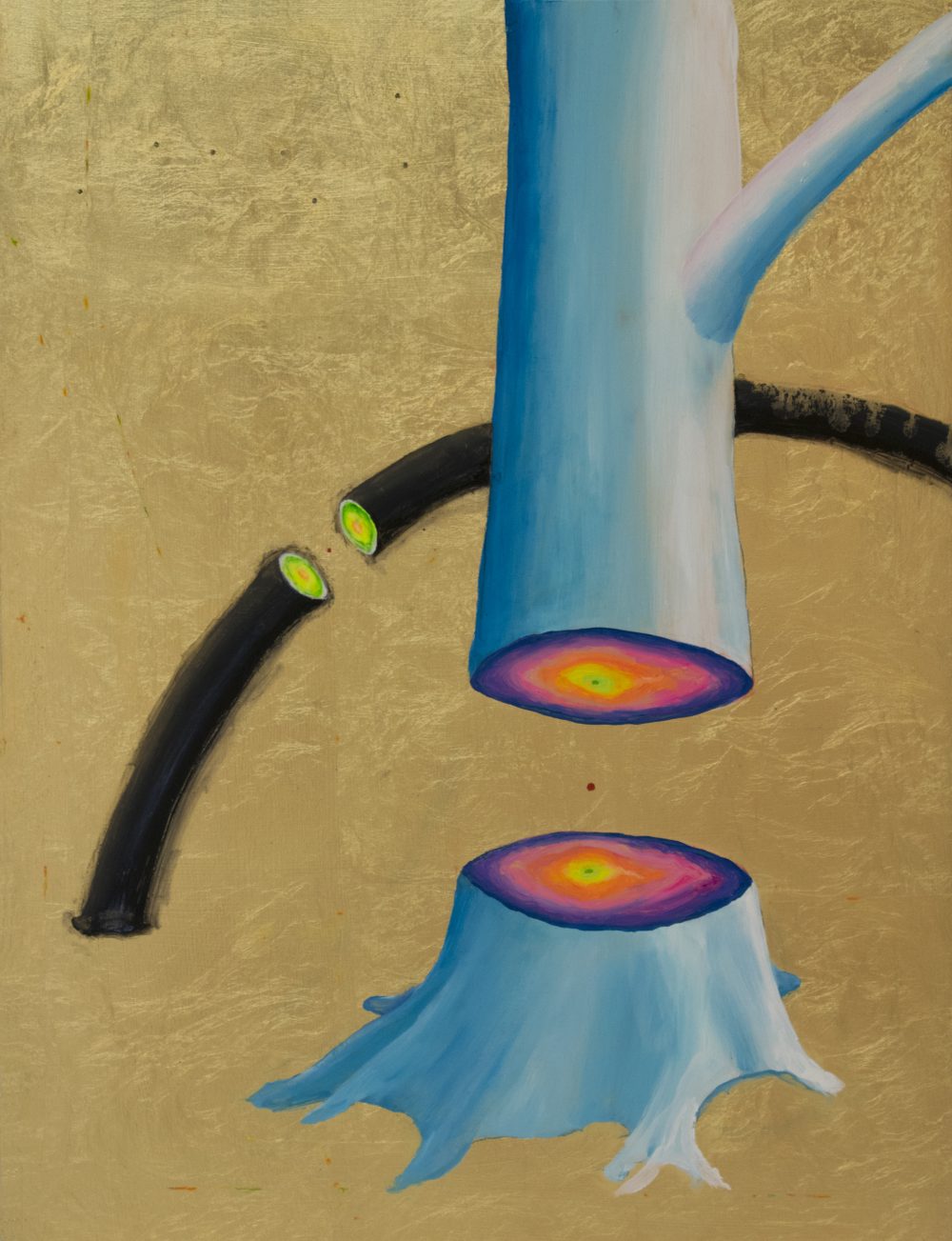 Portland based visual artist Bruce Conkle was the Artist in Residence in the North View Gallery during the summer months, creating artworks which continue his investigation into the mythology of and human interaction with the natural environment. Conkle used the space as an open lab, inviting viewers to witness the process and evolution of two-dimensional, sculptural and kinetic works. Viewers were welcomed into the gallery to check on the artist’s progress throughout the summer.

Bruce Conkle declares an affinity for mysterious natural phenomenon such as snow, fire, rainbows, crystals, volcanoes, tree burls, and meteorites. He examines contemporary attitudes toward the environment, including deforestation, climate change, and extinction. Conkle’s work often deals with man’s place within nature, and frequently examines what he calls the “misfit quotient” at the crossroads. His work has shown around the world, including Reykjavik, Ulaanbaatar, Rio De Janeiro, New York, Chicago, Boston, Philadelphia, Miami, Seattle, and Portland. Recent projects include public art commissions for the Oregon Department of Transportation, TriMet/MAX Light Rail, and Portland State University’s Smith Memorial Student Union Public Art + Residency. In 2011 Bruce received a Hallie Ford Fellowship and in 2010 and an Oregon Arts Commission Artist Fellowship. His 2012 show Tree Clouds and 2016 project Surface Glitch were both awarded project grants from the Regional Arts and Culture Council.

Directions:  Follow signs to bookstore and visitor parking.  Gallery is located in the Communications and Technology (CT) building, adjacent to the bookstore, on the NE corner of campus.