This content was published: March 8, 2018. Phone numbers, email addresses, and other information may have changed. 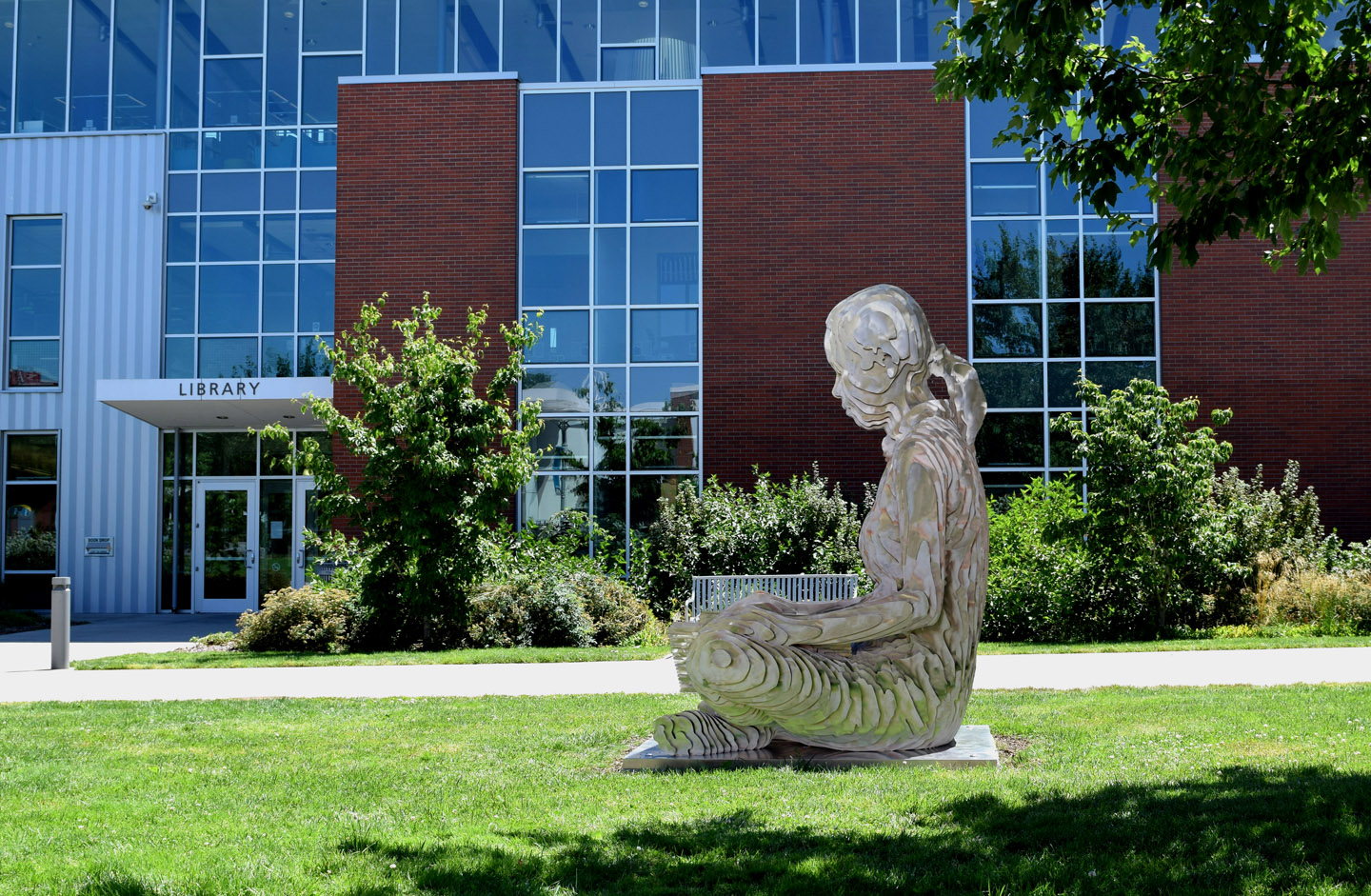 Contemporary technology is ushering in a new era for sculpture, comparable perhaps only to the invention of metal casting during antiquity.

In my work I draw cutting-edge approaches from very diverse fields to re- imagine the ancient art of sculpture. My goal is to convey elements of our spiritual essence and open our eyes to the miraculous nature of the underlying nature of reality.

I started out as a painter in my youth and later switched to physics. I studied at the universities of Berlin and Edinburgh, and did my graduate research participating in a seminal experiment probing the foundations of quantum physics in one of the world’s leading research groups at the University of Vienna. My science training enables me to take advantage of the latest technologies to achieve my artistic visions. But most importantly, my first-hand experience of the enigmatic nature of reality has provided me with key cultural insights, informing my path ever since. Contrary to our strongly held prejudices about the workings of the universe, there simply is no ‘reality’ out there that is independent of us. Similarly, the divide we perceive between us and the rest of our world turns out to be an illusion: Ultimately, we cannot separate ourselves from each other and the rest of the universe, both in a physical sense as well as when it comes to our actions.

These kinds of ideas were well-known for millennia in certain Eastern spiritual traditions but in the West they appeared only relatively recently, at about the same time as non-representational art emerged in the early twentieth century. Quantum physics came as a complete surprise even to its discoverers and it stands in striking contrast to the old (and still absolutely predominant) ‘Newtonian’ paradigm, the mindset of separating subject and object, of detaching ourselves from nature, and of dividing the world into small parts assuming this will lead to an understanding of the whole.

Art is holistic in its very essence, both when we create it, as well as when we consume it. And art provides the seeds for our future. Before our future happens, we have dreamt it up. The central place where we, as a collective mind, dream up our future, is in art. It is therefore critical to harness the transformative powers inherent in art to get to the future we want. I believe a cultural change comparable in depth to the Renaissance is imminent. The urgent need for a paradigm shift is most obvious in our reckless attitude toward our environment; we are jeopardizing our future by rapidly making our planet uninhabitable. Art is a powerful driver of the cultural and spiritual change desperately needed. The lessons of quantum physics offer us a glimpse of a different way of dealing with each other and dealing with our world and I feel it is critical that those embryonic ideas get out into the cultural mainstream.

My work is a reminder of our fundamental connectedness, giving tangible expression to the vital paradigm shift from Newtonian separation to a renewed connection with Nature.