This content was published: January 17, 2017. Phone numbers, email addresses, and other information may have changed. 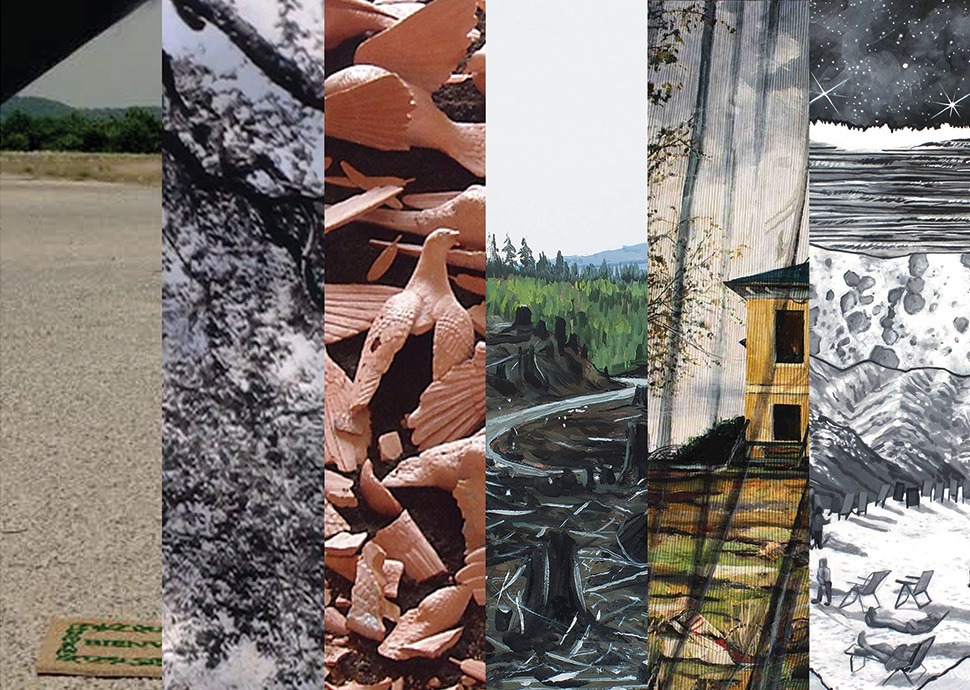 Artists and writers have been inspired by nature for hundreds of years. For instance, fairy tales reflect our age-old fear of the woods. The Romantic painters aimed to paint the sublime through awe-inspiring vistas. Impressionists were enthusiastic about the seasons and light. Henry Thoreau’s poetry created a complex sense of place, and opened the doors to an entire genre of writing and the future of environmental activism. Our sense of self is defined by our surroundings. When those surroundings are destroyed, it’s no surprise that our psychological health suffers. Drought, wildfire, mining and climate change have taken away homes and have left people fearful, lost and depressed. This is Solastalgia.

Philosopher Glenn Albrecht coined the term Solastalgia in 2003. He explained that “Solastalgia is a form of homesickness one gets when one is still at home.” Even though the term is not much more than a decade old, it touches on concepts that reach far back into human history: home, loss, fear, depression, legacy, community and our identity tied to nature.

Land as commodity is a huge part of the conversation. How do artists respond? How is the artists’ response similar to that of the Romantics? Is there such thing as Physiological Landscapes? What could be added to the conversation today? These seven artists, from all over the world, share an interest in those questions. Their experiences of place differ greatly, yet they each explore Solastalgia.

For instance, Michael Brophy’s work “probes the changing mythology of the Pacific Northwest landscape as it has progressed from an apparently infinite resource for extractive industries to a playground for an expanding consumer class” (from an essay by Jonathan Raban).

Social power, commodity and fleeting natural resources are also concerns of Kate MacDonald. In her statement she says that “Clay Pigeons explores species extinction, our historical ideas concerning the abundance of natural resources, waste, the value of animal life and mass consumption.

Across the globe in Finland, artist Satu Nikku expresses some of the same concerns through haunting video montages. She writes: “In my work I deal with personal and social issues, an individual’s relation with himself and with his surroundings by portraying social power structures which tie a person to a certain environment and conditions.”

Meanwhile, Roll Hardy’s paintings “explore the specter of Oregon’s weathered industrial streets and buildings and the region’s abandoned factories and sites.” By showing the decaying yesteryear his work evokes melancholy intrinsic to the idea of Solastalgia.

The traditions tied to the genre of Landscape painting are not lost on this group. Writer Andries Fourie once said that “Kendra Larson’s landscapes engage the grand tradition of using depictions of the land as a mirror to reflect our cultural attitudes towards nature, our sense of the geography of memory and identity, and our desire to see the epic of nature as an expression of the sublime.” Larson’s work is inspired by her home in Oregon, but her imagery is not specific. In a way it is universal and could be anywhere which leaves the viewer with just their own emotional presumptions and the psychological effects of light to linger on.

Similarly, the Wonderland project by Audrey Anastasy and Marine Nyiri aims to avoid talking about specific places in exchange for a larger conversation about the aesthetics of contemporary nomadism. They write: “This project is the result of several reflections combined on border and notions of identity linked to the territory, as well as theoretical and conceptual research on the aesthetics of perpetual movement.”

Together, this work sheds light on the complexity of our interactions with nature and reminds the viewer of their agency to preserve the environment we have.