This content was published: January 1, 2017. Phone numbers, email addresses, and other information may have changed.

In early December 2016, after a rancorous presidential campaign and the upset of the election, I asked several artists to reflect on the notion of “assembly.” I was considering that word in multiple ways-as in the “right to, freedom of, act of.” I expected myriad responses, and received them-from direct political statements to more abstracted ruminations. While the results of the election and concerns about the future were paramount, the works in this exhibition also deal with environmental issues, war, and larger cultural concerns.

As you look at the exhibition, you will see that photography is paramount-from Jim Lommasson’s still lifes, documenting the objects refugees carried with them into exile to Julie Keefe’s ongoing project of photobooth portraits engraved with messages to the president elect. Sika Stanton’s haunting tintypes evoke an earlier era and bring together a disparate group of women in an aesthetic commonality, while Shelley Chamberlin’s lithographs are drawn from selfies made the day after the election. Shannon Baird’s image of the Mediterranean alludes to the thousands of refugees drowned while crossing its waters. Vanessa Renwick’s video arose from her concerns about environmental devastation and reactions such as the recent protests at Standing Rock. The text within Ellen Lesperance’s cyanotype-referencing the power of the military-belies its delicate loveliness. 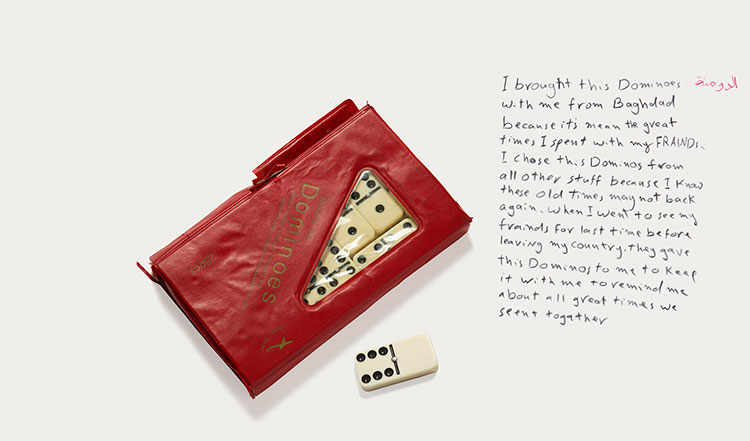 In the last two months, Daniel Duford, who is better known for his gritty ceramics and comic books that investigate American history and culture, has begun a series of paintings entitled The Clay Crucible: Riots, Floods and Witness Trees. It includes two principal and primordial characters: The Jaguar Man and the Breasted Snake. 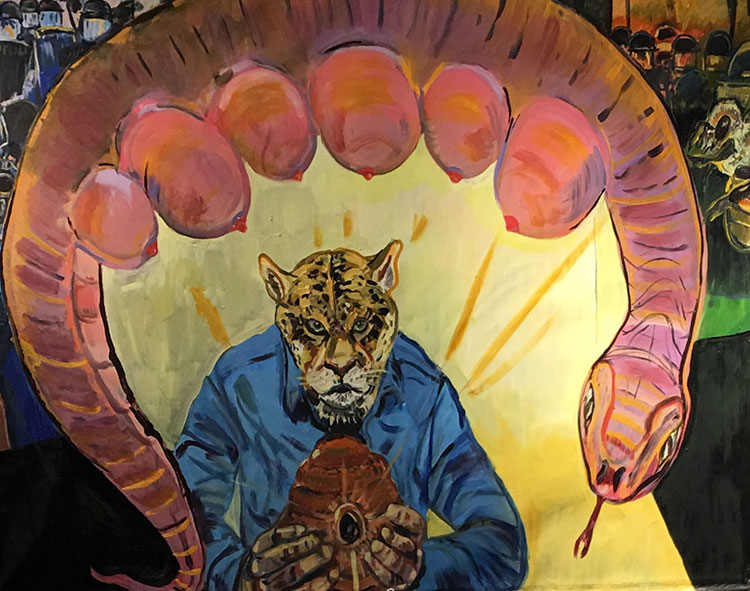 The Jaguar Man and the Breasted Snake

Harrison Higgs, whose works spans media from sculpture to photography and video, has, quite literally, made an assembly of vessels and marbles that are, as he notes, “touching but separate.” Because they are made of cast hide glue, which is a kind of gelatin, they will change unpredictably over the course of the exhibition, and perhaps separate forms will unify.

Finally, Ariana Jacob, whose media include conversations and actions, will be visiting Rock Creek on Thursday, February 2 to work with students.

Please enjoy the exhibition, and leave your comments in our visitor’s book!