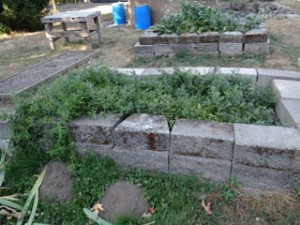 The Sylvania Learning Garden keeps a plot of madder, Rubia tinctorum, growing and available for student and faculty use and experimentation. Used since at least the 3rd millennium BCE, madder was the most desirable red dye throughout India, Europe, and Asia. Clothes dyed with madder have been found in the tomb of Pharaoh Tutankhamen, the ruins of Pompeii, and in ancient Corinth. Although other vegetable sources for red dye exist, they are not colorfast. Japan, for example, did not use madder and thus their traditional red dyes fade. The ancient Americas did not have madder either, relying on cochineal, an insect-based red dye. The development of chemical dyes in the 1800s replaced most natural dyes including madder. However because the particular beauty of madder is hard to replace, it is the only fugitive pigment still commonly found on artists’ palettes (where it is known as Rose Madder or Alizarin Crimson).