This content was published: June 1, 2018. Phone numbers, email addresses, and other information may have changed.

Thanks to a collaborative initiative, students are recognized for their international studies 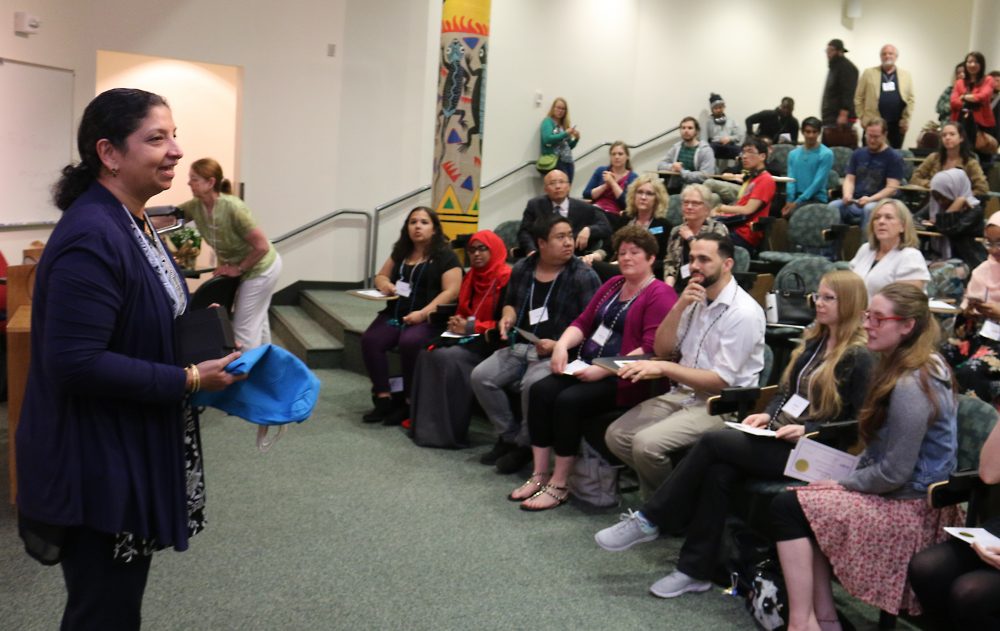 Usha Ramanujam talks to the audience during the focus awards.

The number of students receiving awards brought a smile to Usha Ramanujam’s face.

On May 24, the PCC business administration instructor and the chair of PCC’s Internationalization Steering Committee had a full house in the Terrell Hall auditorium at the Cascade Campus. The Asian, China & Global Studies Focus Awards ceremony had one of its highest number of graduates — nearly 30 students were awarded completion honors. The annual event recognizes and celebrates students who develop a multidimensional perspective on Asia by taking at least 16 credits in courses focused on geographic areas in the region.

“There has been a significant increase in the number of focus awards in 2018,” said Ramanujam. 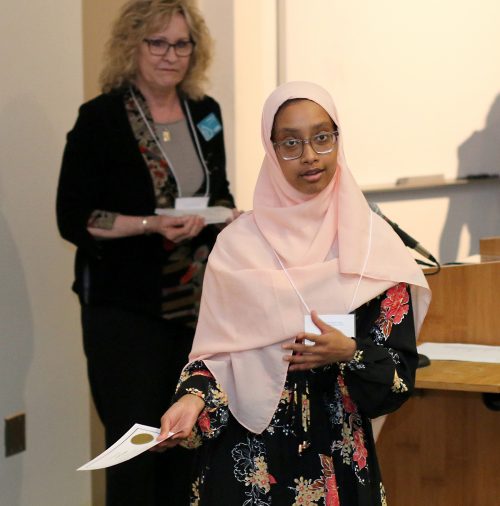 Sucdi Ahmed talks about what the focus award means to her.

It was a blockbuster year for students interested in Asia language, politics and culture. The Committee awarded 17 Global Studies, 13 Asian Studies and one China Focus awards, with some students earning multiple citations. In addition to the Asian Studies Focus Award, the China Studies honor recognizes students who have gained considerable knowledge of China, its languages and culture, as well as have taken proficiency classes in a Chinese language. The Global Studies certificate fosters an understanding and appreciation of diverse worldwide cultures and provides a foundation in international studies.

“International studies develops critical competencies in academic reading, writing, and analysis, and prepares students for success in this diverse global economy,” Ramanujam said. “The strong foundation they receive on global issues helps students who are considering transfer degrees, as well as those entering the workforce to advance their intercultural awareness.”

Attendees enjoyed the presentation by Chinese academic Fanbin Zeng, who discussed social media and the Internet in his home country. Afterwards, awardees graduate reflected on their experiences and elaborated on why they are interested in international studies.

“I’m spending more time in Asia and will go back in the fall to enroll at a Chinese university,” said Matthew Brodie, who earned Asian and China studies focus awards.

“I want to be more involved internationally and go abroad, especially to Japan,” said Jun Del Rio, who received a Global Studies Focus Award. “This represents a big milestone for me, and I hope I can achieve more milestones in this career path.” 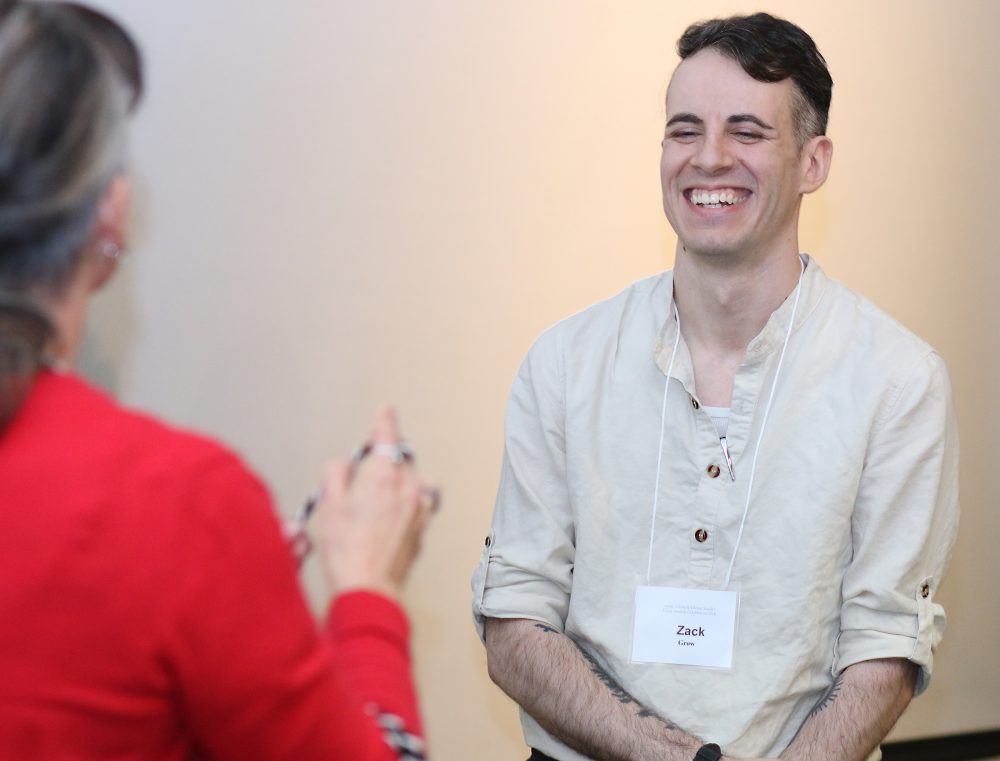 Zach Grow is one of 30 graduates who have an Asian focus in their studies.

Bethany DeMello earned an Asian Studies Focus Award and noted this honor is a launch pad for her to create change in the world.

“I went to high school in the nineties when we were taught nothing about Asia,” she said. “I think it was ignorant, and I want to change that. This is the first step of me thinking more globally.”

And for Magill Hoch, her Asian and Global studies focus certificates are the start of something great. 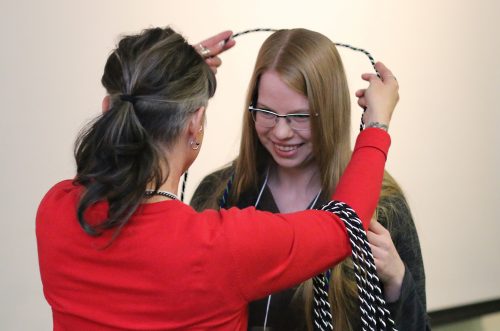 “I’m currently majoring in Japanese and international studies at PSU,” Hoch told the crowd. “I just want something where I can travel and get to know other cultures. This is a great start in doing that.”

For several years, PCC has offered the Internationalization Initiative to provide opportunities and services to help the college community develop the ability to communicate, understand and analyze critically its place in a complex and interconnected world. The Internationalization Committee works to host events, speakers, staff development, study abroad opportunities and programs that support this mission.

Because of these efforts, PCC is a regional center of the East-West Center’s Asian Studies Development Program. It is a national program that aims to enhance teaching about Asia at American two-year and four-year colleges and universities at the undergraduate level.

But the event’s pinnacle may have been best reflected in the simple words of student Amina Mohammed, a recipient of a Global Studies Focus Award, who told the packed auditorium, “I want to learn a lot more about the world.”