This content was published: February 20, 2017. Phone numbers, email addresses, and other information may have changed. 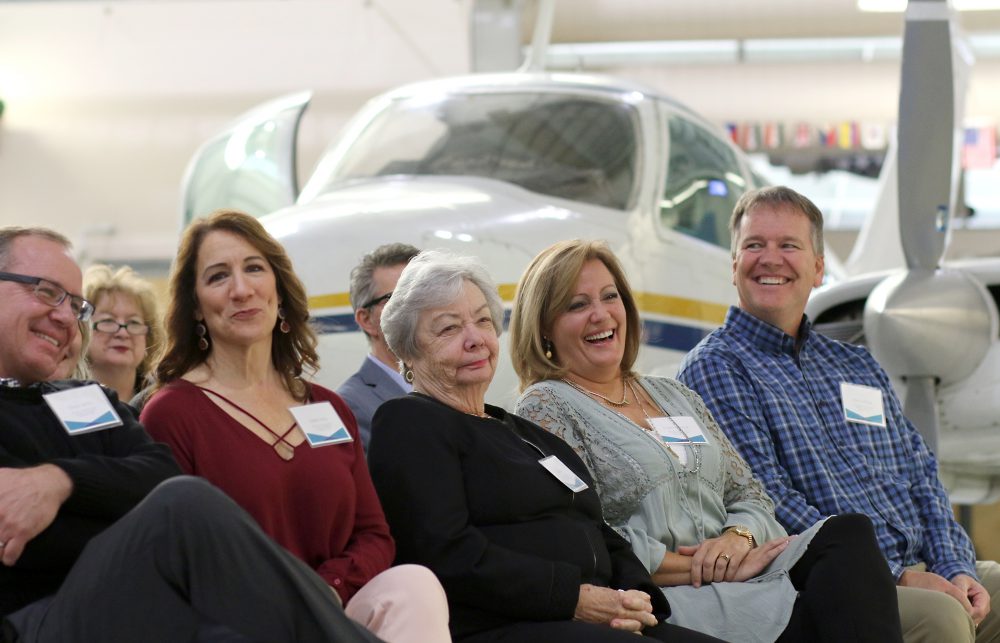 From left, Doug and Debra Reese, Pat Reese, Susan and Phil Chizum all enjoy a funny story about Michael.

One man’s love of flight will help others soar in their own academic pursuits.

The Portland Community College dedication of the Michael D. Reese Hangar on Saturday, Feb. 11 meant much more than a new name on a structure. Reese’s widow Patricia and family wanted to honor his legacy and create opportunities for Aviation Maintenance Technology students. Their $270,000 donation to the PCC Foundation will create an endowment, which will fund two full-ride scholarships each year.

“It excites me that this philanthropic naming represents a first for PCC,” said Foundation Board President Marion Levitan. “The naming of the East Hangar will serve as a powerful symbol of the impact private donations have on public education.” 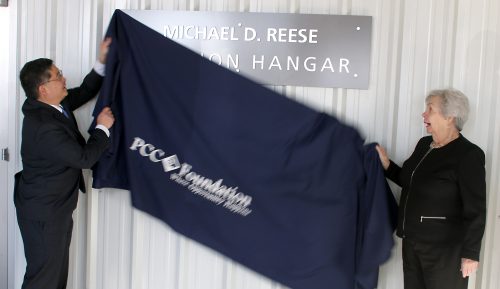 The naming affects the East Aviation Hangar in Building 6 at the college’s Rock Creek Campus. On hand were generations of the Reese family along with friends and representatives of the college’s aviation programs. Among aging Beechcraft and Cessna aircraft, the Reese family talked about how Pat was excited to have the hangar bear her late husband’s name and be able to create pathways to success for the students who train in it.

“She wants the money to go to where the need is,” said her daughter Susan Chizum, a retired school teacher who spoke on her mother’s behalf of the reasons why she made the donation. “She wants it to change the directions of students’ lives, give them hope and opportunities through scholarships, and to honor our dad.”

Michael Reese began his career with Standard Oil and opened his own service station in 1956. He expanded his businesses to include German Auto Parts, Gateway Body Shop, various real estate acquisitions, and Western Wrecker Sales, which he continued to operate until his passing in 2010.

In his spare time, Reese picked up the hobby of flying at an airpark in Sandy. Once he earned his pilot license and various ratings, he purchased a variety of aircraft like a Piper Tri-Pacer, two Super Cub seaplanes, a Twin Aztec, a Super Stinson on floats, A36 Bonanza, two Beechcraft Barons, a Bucher, a Widgeon, a King Air, a Cessna 172, and a helicopter. 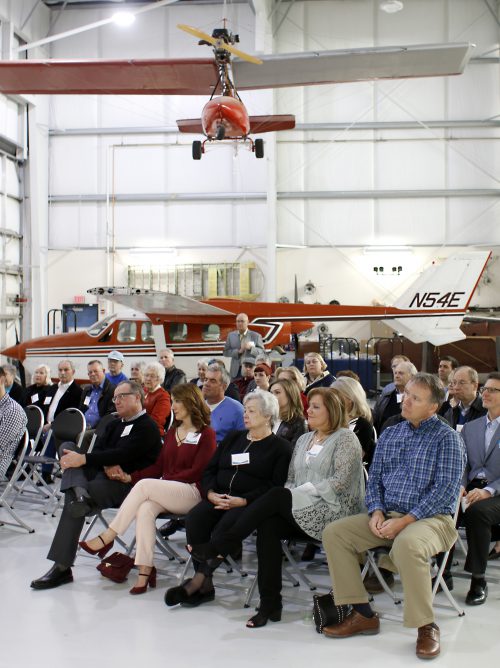 The money from the donation is needed for the students studying and training inside the hangar. The total cost for the eight terms required to complete the Aviation Maintenance Technology program is about $16,000. The program is the only one of its kind in Portland and helps supply the region’s aviation maintenance workforce, like at nearby Hillsboro Aero Academy. It operates in a modern, 26,000 square-foot, two-hangar complex with 15 aircraft used exclusively for instruction, including five helicopters.

His story illustrates why donations by benefactors like the Reese family are so important for students to succeed in college. Adams needed three different PCC Foundation scholarships to earn his certification from the program. The money helped him not only pay for classes but buy critical tools he needs to be an aviation mechanic. And, thanks to the scholarship money, Adams didn’t need to work longer hours at his job to make ends meet.

“This program requires a substantial time commitment,” said Adams. “It’s a FAA hours-building program where we’re required to be here in class five hours a day. If we miss one day in a four-week period we cannot pass the class. It’s been a great thing to receive these scholarships because they take the pressure off financially and have allowed me to spend more time with my family.”

“The pathway of opportunity runs right through Portland Community College,” he told the crowd. “For generations, we’ve helped students achieve a better life and communities thrive.” 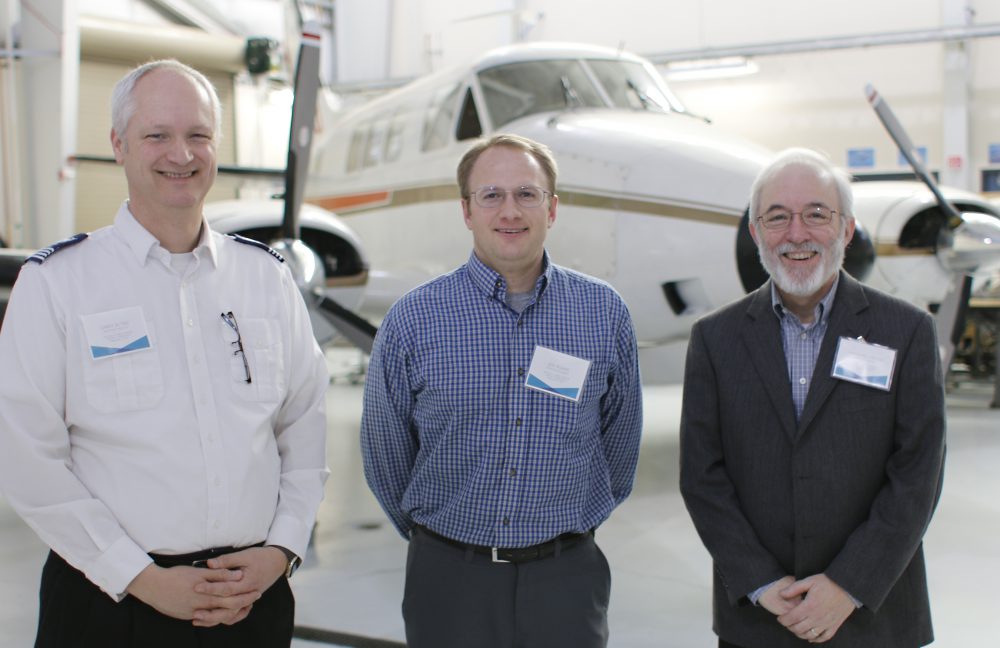