This content was published: November 6, 2018. Phone numbers, email addresses, and other information may have changed.

Episode #12 ~ It’s Election Day! Get Your Vote On! And Learn About the Portland Clean Energy Initiative from Jenny Lee! 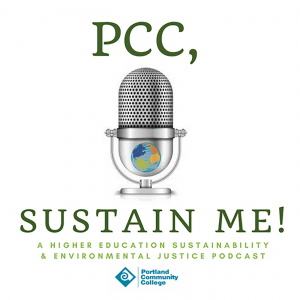 It’s here! Today! The 2018 mid-term elections are happening and this is going to be a BIG day for this country called the United States of America. This may or may not be one of the more important election cycles in current times… Either way you slice or dice it, there are going to be some decisions made through our democratic process that will alter the course of our collective story in significant ways. Yes, that’s right. Vote. Vote like your life depends on it. Vote because you care. Vote because if nothing else, it gives you a legitimate reason to complain down the road if what you voted for doesn’t pass (not that I’m endorsing complaining, mind you…) Sincerely though, this is as important as anything I can think of right now if we are going to try and maintain a democracy and attempt to change our trajectory from the same platform we’ve been standing on.

Pending any massive near term shifts in our collective paradigm, while we still are under an agreement that our civilization operates through a government founded by a group of old white men (in a time most would like to forget), we must proceed with care for who we are voting in to office, and what measures, amendments, and actions we are going to take moving forward. These decisions will have consequences both negative and positive and we the people (who have the legal ability to vote that is…) are in a position to help choose the path we take.

One of the biggest and most exciting plans that is on the table in these United States of America is happening right here in Portland, Oregon. The Portland Clean Energy Initiative is a bold and yet relatively simple plan to get us on the right track. I was fortunate enough to talk with Jenny Lee, the Advocacy Director from the Coalition of Communities of Color, Lee has helped lead this campaign as part of the core steering committee comprised of several amazing organizations in the Portland Area. We talked after her long night of hitting the streets canvassing and I was mighty grateful she was willing to take a bit of time this close to the end of the campaign to speak with me. 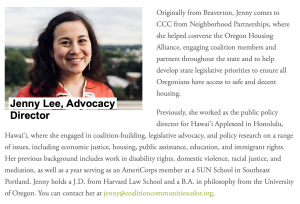 The Portland Clean Energy Initiative means $30 million in new annual revenue for clean energy and clean energy jobs in Portland. Nonprofit organizations, alone or in partnership with for-profit companies, schools and/or other government agencies, can apply for grants from this revenue to weatherize homes, install solar and other renewable energy projects, provide job and contractor training, expand local food production and build green infrastructure in Portland. The revenue is raised by a new 1% business licensing surcharge on the Portland revenue generated by retail corporations with over $1 billion in annual revenue and at least $500,000 in Portland revenue. 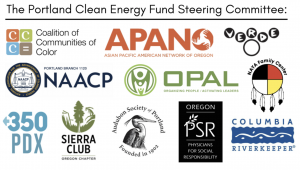 Besides the core steering committee it is worth noting that there are literally hundreds of groups, organizations, businesses, neighborhood associations, labor unions, members of the faith community, and notable individuals like Naomi Klein, Bill McKibben, Van Jones, and our very own U.S. Senator Jeff Merkley to name but a few that endorse this initiative. What I see that is perhaps most exciting about this coalition is that it truly branches into nearly every walk of life that humanity has to offer here in the Pacific Northwest. People from a vast array of backgrounds all support this and the driving force behind a lot of it is communities who have been traditionally marginalized and oppressed, the campaign structure, which Lee shares in the episode is also a non-hierarchical structure which is another step in the right direction, too! Please do have a listen and then if you haven’t yet, get out and vote!!!

Okay, beyond this, I’ll just quietly mention this again, GET OUT AND VOTE!!! If you have already, that’s wonderful. Thank you for doing your civic duty. And as always, thanks for tuning in, folks.