His first job in aviation was as a helicopter mechanic for a small aerial spraying company, based in Salem, OR. After six months in that position, he accepted a position at Horizon Air (Portland) as an aircraft technician. While at Horizon, Thomas graduated from Embry-Riddle with a Bachelor’s of Science Degree, majoring in Professional Aeronautics.

After specializing on Bombardier CRJ aircraft, Thomas accepted a position in the Maintenance Training Department of Horizon Air. In 2009, he left Horizon and joined Flightline Training Services, based in Brampton, Ontario, Canada. There he worked at a CRJ SME/Technical Instructor and a courseware developer. Working for Flightline, Thomas delivered aircraft technical courses in countries of North America, Europe, and Africa. He has also developed technical training courses for an array of commercial aircraft, such as Boeing, Airbus, Bombardier, Cessna, LearJet, and Dornier.

In April of 2015, Thomas began teaching courses at PCC. 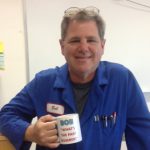 Bob Frasco has provided organizational support to the PCC AMT program since 1994 as an Instructional Support Technician and as an Adjunct Faculty member. Before arriving at PCC, he was a manager for a Fortune 100 manufacturing company and owned a successful business in residential real estate development. Bob retired from the Oregon Army National Guard after 35 years of service repairing U.S. Army aircraft, performing aircraft maintenance technical inspection, and restoring/maintaining artifacts for the Oregon Military Museum. He holds an FAA Private Pilot – Glider certificate and an FAA Airframe and Powerplant certificate along with an AAS in Aviation Maintenance Technology from PCC. 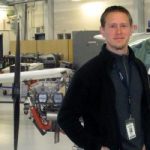 Anders Rasmussen grew up in Central Wisconsin, less than 2 hours from Oshkosh, home of the EAA AirVenture fly-in, which he attended with his father, a certified aircraft mechanic and private pilot. In high school, he became interested in pursuing aviation as a career.

Anders received his FAA Airframe and Powerplant Mechanic certification and Associate’s degree from Spokane Community College in 2005. He went on to receive a Commercial Pilot and Advanced Ground Instructor certifications while working towards a Bachelor of Science degree from Moody Aviation, which he received in 2008. During this time, he also assisted in the restoration of an antique mail-carrier biplane (the Boeing 40C).

After graduation, Anders moved to the Portland area for a job with a local aviation company. He served in a number of roles, varying from line maintenance, inspections, Robinson helicopter overhaul, and facility lead technician. In 2011, Anders received his FAA Inspection Authorization (IA). Anders also volunteered a significant amount of time working with international students and refugees, both in the community and through a local non-profit.

In 2012, Anders and his family moved to Kabul, Afghanistan, where he served as the Director of projects at a non-profit aid and development organization for a year. After returning to the States and taking a TESOL Certification course, Anders and his wife decided to remain due to the deteriorating security conditions in Kabul.

Anders’s aviation background and affinity for the Pacific Northwest led him to begin teaching courses at PCC in the Fall of 2014, which was a natural fit with his education and training, love of teaching, and passion for helping people develop their potential.