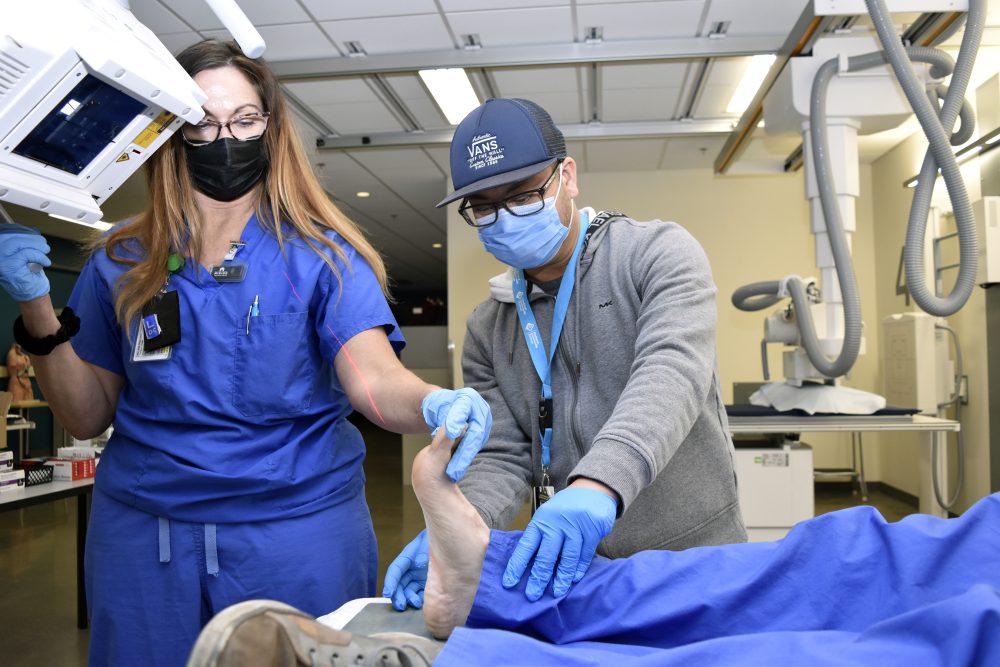 The difference is night and day. The basement of the Health Technology (HT) Building on the Sylvania Campus, which housed an old weight room and dance studio, is now a technological marvel that will change the way students learn.

Replacing the old is a state-of-the-art medical imaging lab. Along with this new training space is improved wayfinding signage and single user restrooms. Gayle Wright, radiology instructor, said the 7,500-square-foot facility is an upgrade from its previous cramped space on the third floor.

“The upgrades in the lab are just monumental,” Wright said. “We have four stations instead of the previous three, the footprint is about quadrupled, and the equipment is all brand new.”

The new open layout in the centralized suite provides students the space they need to learn and practice their skills, while also allowing for future expansion of the program. Additional walls within the open lab area were equipped with lead lining to allow for use of existing mobile energized equipment as well as new equipment that may be purchased in the future. 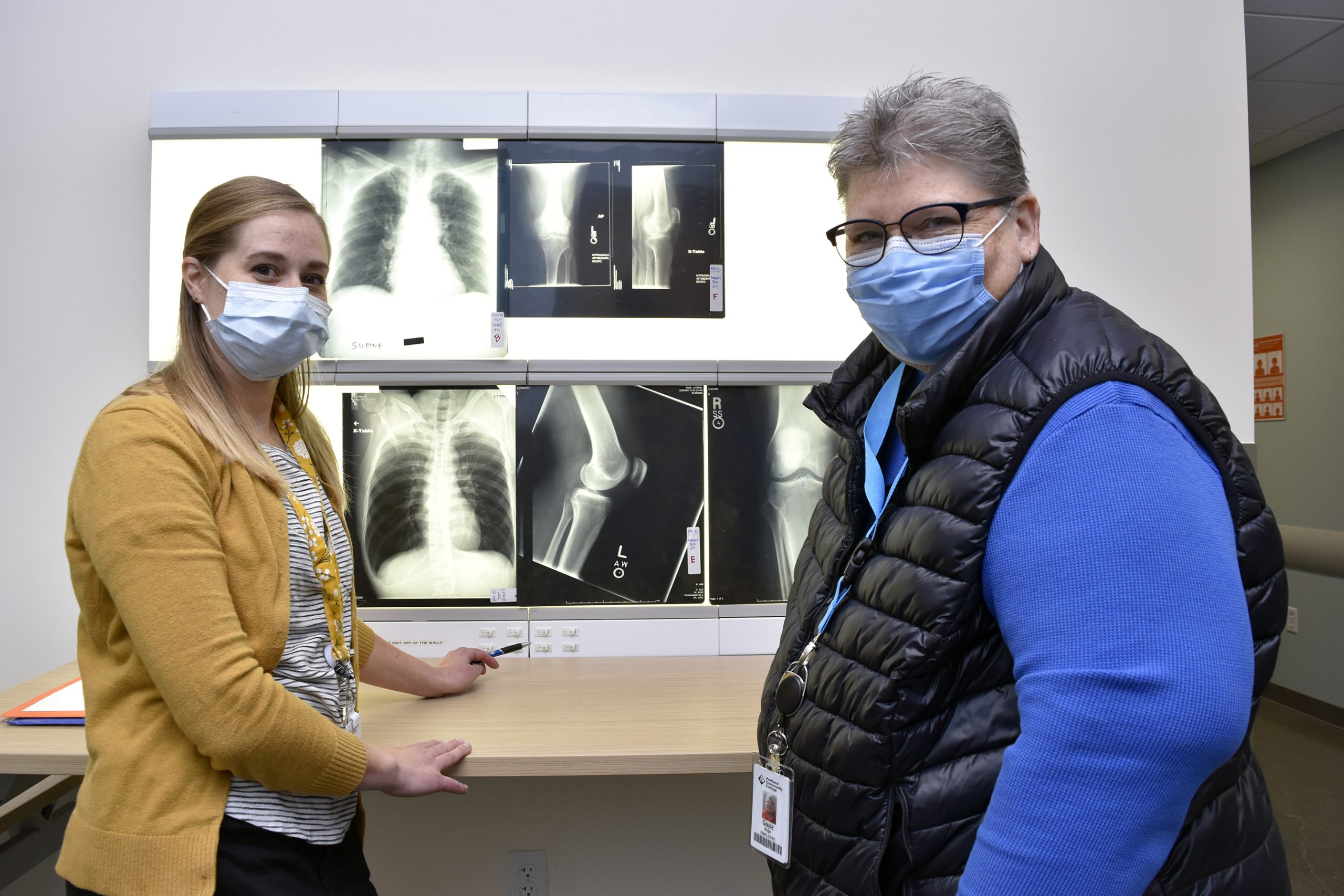 For the Sylvania Campus, the changes in the HT Building are a key component from the 2017 bond and testament to PCC’s ongoing investments in hands-on training for future health care workers. This is an invaluable effort that comes at a time when health care workers are in short supply.

The new medical imaging suite will be on the forefront of training the next generation of workers. It features four new non-energized x-ray stations, a computer lab and new interactive touch screens installed in the computer lab as well as the seminar room.

“No matter which station students practice and learn on, it will be consistent across them and is more updated and similar to equipment they work with at their hospital clinic rotations,” Wright said.

Another change is a shared control room for the lab’s two energized rooms – digital x-ray spaces that actually shoot ionizing radiation. The lab features two twin rooms with the same equipment, creating a shared area to shoot the exposure, review images and teach concepts from.

“This way, smaller groups can learn from each other’s mistakes and successes, and the instructor can teach the topic once before splitting them up to work in the twin rooms,” Wright said.

Since the new medical imaging lab is located on the basement level away from the common spaces in the building and because medical imaging students spend the majority of their time on campus together, the new suite offers a group study area, kitchenette and break area. A computer classroom used to debrief after physics labs and image critique sessions is also part of the new program space.

New study spaces have wall-mounted backlit view boxes with tables and seating for students to view and analyze images together. As part of the doubling-in-size of the lab, there is more storage space.

“The storage spaces we planned in are fabulous for us,” Wright continued. “We have a lot of ancillary equipment and medical supplies that formerly had no proper home and now we have two large storage rooms. We call one of them the ‘equipment garage’ because it’s large enough for us to roll in our portable x-ray machine, a fluoroscopy machine on wheels (C-arm), as well as a Chromebook cart we can roll in and charge up.”

The planning for the renovation has involved extensive stakeholder engagement with the building’s current tenants and college community. The input has been vital to accomplish the mission of the project, which is to create equitable spaces for inclusive teaching and learning, as well as nest programs in a collaborative environment. 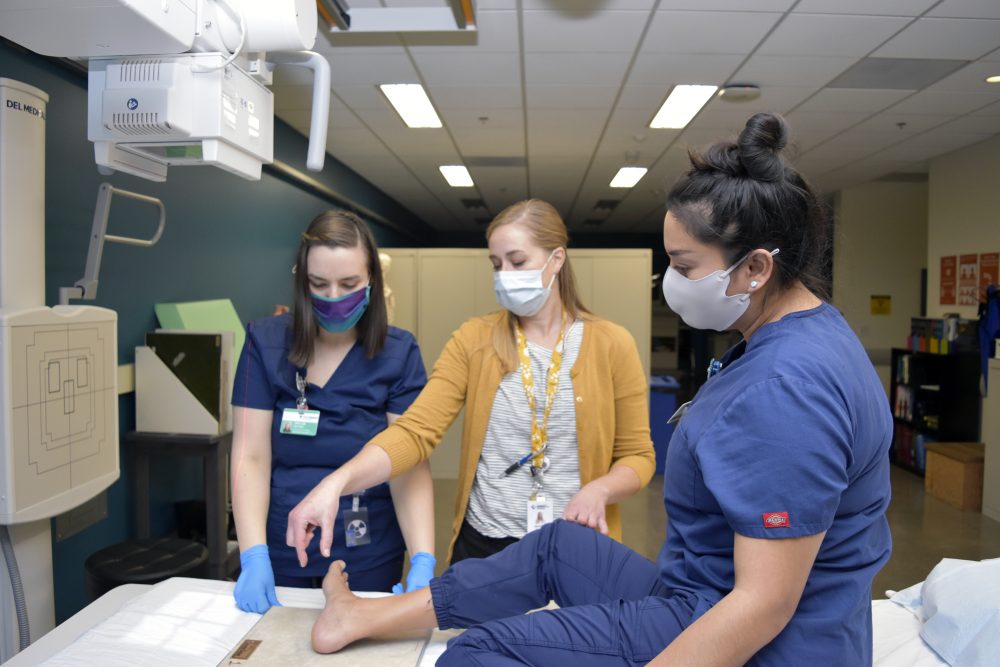 x by Joy Khan 5 months ago