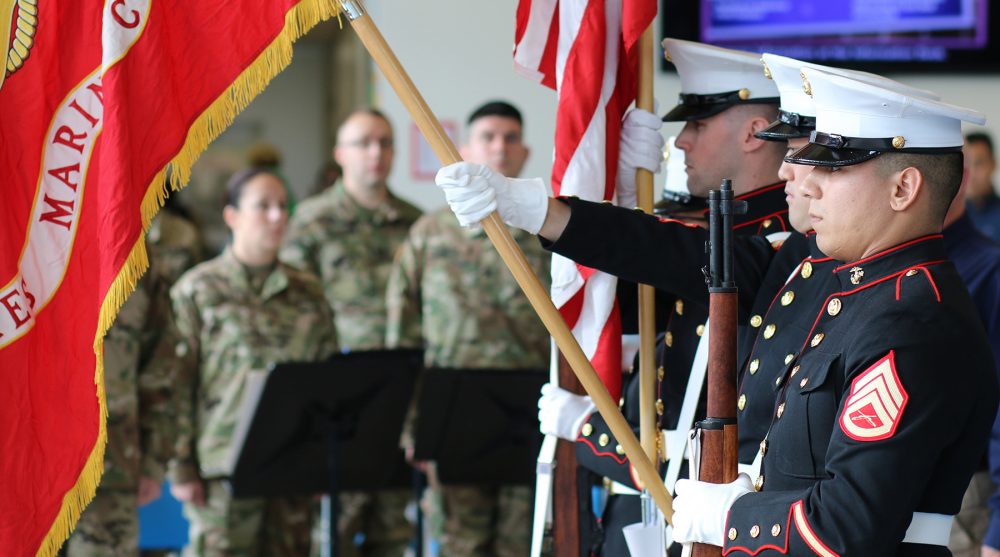 When Portland Community College transitioned to online and remote operations in spring of 2020, all students were affected, but student veterans were especially impacted.

They were unable to attend their classes remotely because of the obstacles in adjusting to remote learning and what it meant to their benefits. In addition, with the cancellation of in-person career-technical training, this disproportionately affected veterans. And, the loss of student staff at PCC’s Veterans Resource Centers and the lack of physical access to their resources, student veterans were hit hard from many angles.

“The move to remote operations has been a difficult transition for PCC veterans,” said Matt Blankenship, who serves as the Sylvania VRC coordinator. “However, the Veterans Resource Center coordinators have been adapting to support their veteran students.”

Blankenship, the VRC coordinator in charge of the VRC Buddy Program, estimates that one in four of the students his team contacts have told him they don’t plan to return to school until the college fully returns to campus.

Portland Community College provides resources for the sacrifice and service given to the country by U.S. military service members. PCC provides avenues to resources, support and benefits through its Veteran Resource Centers, which are located at all four main campuses.

“It’s not all negative feedback though,” he added. “Some students have been able to thrive in this environment. Chris Hamreus, the Southeast Campus coordinator, relayed that one of his veterans beamed with pride as he told the story of his first “A” ever. He attributed his success to the online format that he wouldn’t have used otherwise.”

The Veterans Resource Center’s primary mission is to help veterans successfully reintegrate back into civilian life, persist in the completion of their academic goals, and move on to the next stage of their life. All four of the VRC coordinators went into action to help these students and prevent more from leaving PCC. The coordinators developed a plan for retention of student veterans — a four-pronged plan focused on proactively meeting students where they are. And, each coordinator took ownership of one of these projects.

This plan included a Zoom room for drop-in help with student needs, a social media campaign to market services and information, a newsletter with resources and connections and the VRC Buddy Program — where student staff reached out to every student using VA benefits.

In addition, the VRCs worked together to mail out care packages to veterans until funding and supplies were exhausted. These care packages were filled with some snacks, contact information for services and handwritten cards of encouragement. The coordinators and staff continue to support these and incoming or future students.

“This is a challenge due to the remote nature and the lack of connection to the students, but they are planning and organizing to return to campus with a fresh perspective on the student veteran experience at PCC,” Blankenship added. “Until that time, the VRC staff continue to advocate, support and uplift our marginalized students and their families.”

One Great Completion Season, Douthit Named to State Board, Honoring Those That Served