This content was published: February 5, 2018. Phone numbers, email addresses, and other information may have changed. 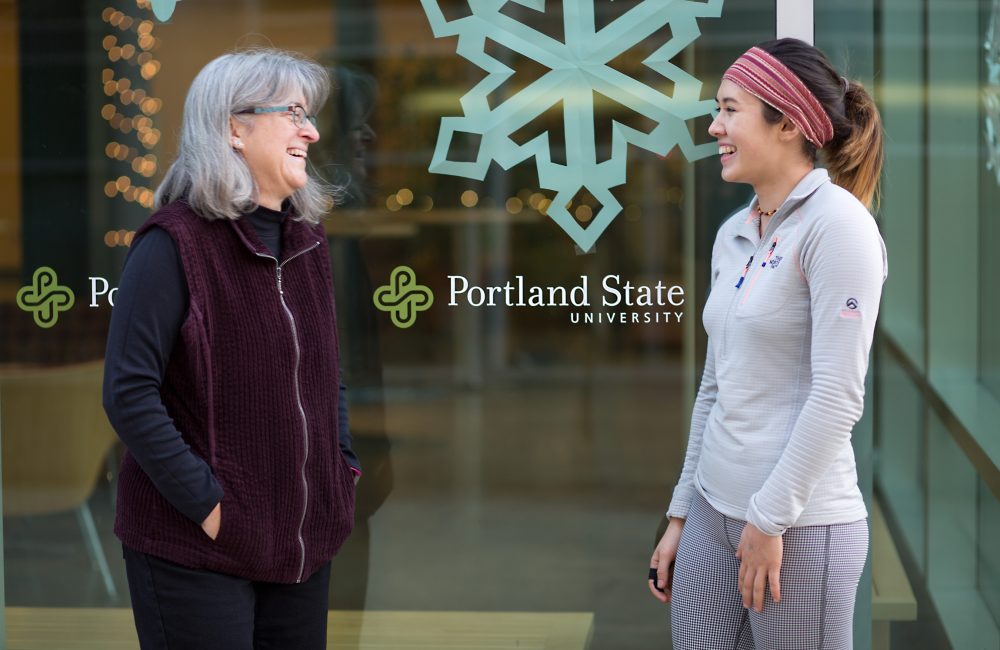 For this 17-year-old rock climber, last summer wasn’t all fun and games in the great outdoors. It involved important research.

As Sonja Johanson puts it, “I built a simulator to compare multiple scheduling algorithms with the goal of finding the most efficient and scalable algorithm for security monitoring workloads.”

It’s a mouthful, but essentially Johanson tested ways for computers to conduct security checks on their systems.

The Portland Community College student and Southwest Portland resident earned a prestigious, national award from the Computer Research Association – Women organization for its Distributed Research Experience for Undergraduates Program, or known as DREU. It is a highly selective program that matches students with a faculty mentor for a summer research experience at the mentor’s institution.

Johanson spent last summer working at Portland State University on a project called EPA-RIMM, which is a security monitoring tool concerned with the detection of kernel rootkits that compromise operating system kernels and hypervisors. That can be a lot to digest from a layperson’s perspective, so here’s Johanson’s final report that explains the science. 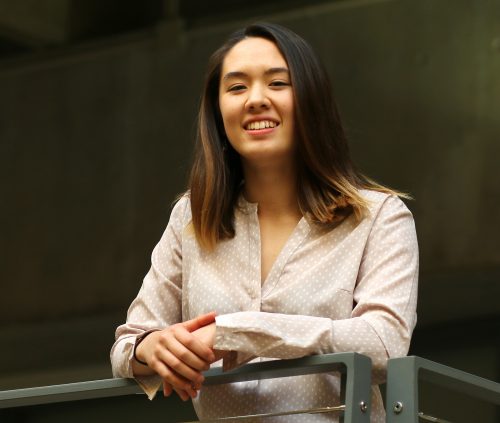 Johanson credits PCC in providing her with the challenging preparation that has opened the doors to opportunities in her targeted field.

“The opportunity to experience a full summer in a research lab with a mentor is similar to language immersion experience,” she said. “You could take classes a couple of times a week or you could go and live the topic surrounded by others who can help you along. I recommend full time summer research to everyone who is interested in a STEM career.”

Her faculty mentor was Karen Karavanic, a 15-year PSU professor within PSU’s Maseeh College of Science and Engineering. Karavanic focuses her research on diagnosing and characterizing the runtime performance of large-scale systems and applications.

The objective of the DREU program is to increase the number of people from underrepresented groups including women, minorities, or persons with disabilities who are enrolled in undergraduate studies in the fields of computer science and computer engineering. Interns have the opportunity to be directly involved in a research project and interact with graduate students and professors on a daily basis.

“I believe that in the decades to come, the number of female graduates in computing science will increase in the same way as in the fields of medicine and law,” Johanson said. “This summer, while I did discover limits to my knowledge and experience, Professor Karavanic and her graduate students helped me see that part of becoming educated is deciding and then discovering how to push your limits. I did not find anything this summer in computing science that says to me ‘only for men to think about.’”

If you haven’t guessed, Johanson isn’t your typical PCC student. She is an early college student at Summit Learning Charter High School, taking classes at PCC and Portland State University. Officially, she is in grade 12, but has a declared college major of computer science and plans to graduate from university in 2022. 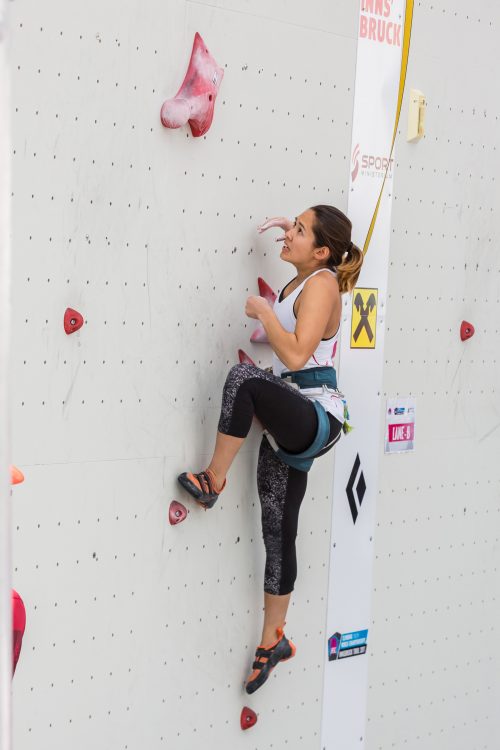 Last September, she competed in Austria for the World Youth Climbing Championship, finishing 20th overall in the speed climbing category.

“I believe with a strong foundation in computing science I could manage internet security issues for many organizations,” she said. “With graduate studies, I can imagine myself doing research on more effective information security procedures, tools and policies.”

Her journey began in the ninth grade, when she took a PCC night class to see if she’d like it. And she did. To be exact, Johanson really enjoyed the classroom discussions, flexible schedules and the ability to meet new and different people.

“I discovered that I wanted to have accelerated classes for high school so instead of taking biology all year long, I could do the entire high school equivalent course in one quarter,” she said.

Sporting an impressive 4.0 grade-point average, Johanson has thrived in the collegiate learning environment. She expects to finish her associate degree in 2018 and is looking at universities where she can work on a double major in computer science and French.

And when she isn’t training to be a computer scientist, Johanson dog sits and participates in rock climbing competitions. Last September, she competed in Austria for the World Youth Climbing Championship, finishing 20th overall in the speed climbing category.

“I volunteer on the Post58 steering committee, manage its website and lead climbing trips,” she said of the youth mountaineering organization. After winter term, she plans on leading a group of high school students on an expedition to Pinnacles, Calif.

“Climbing is all about ‘solving problems’ and ‘projects’ in minutes, or seconds,” said her father Aaron. “We have noted how Sonja’s climbing progress is both visible and incremental, which is similar to the work of studying and learning. To make time for her substantial training sessions, Sonja has had to focus and organize her personal and academic life. In many ways, competitive climbing has helped Sonja become a stronger student.”

Sonja Johanson credits PCC in providing her with the challenging preparation that has opened the doors to opportunities in her targeted field and made her that stronger student her dad speaks of. Through her college life, she has discovered that computer science, particularly cybersecurity, is a good combination with humanities for her academic ambitions.

“I’ve had so many fantastic teachers in my three years at PCC,” Johanson said. “Dr. Martha Henning and Dr. Christopher Brooks in the Honors Program have helped me speak and write more clearly. Math teachers Vincent Rupp and Shane Horner have a terrific way to teaching math. Their expectations of me have helped me prepare for whatever comes next.”

x by Clare 4 years ago

Sonja! I’m so impressed! I had no idea

x by Eldon 4 years ago

Sonja, how amazing. Very honored to have had you participate in my course! Best to you as you pursue your education goals

x by JWallace 4 years ago

WOW! I am blown away! You have so much talent, smarts and drive. You should be very proud of all you have accomplished and the inspiration you are to others. Congratulations on all your successes!