This content was published: January 22, 2018. Phone numbers, email addresses, and other information may have changed. 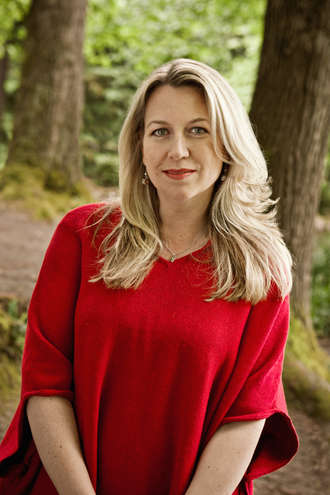 “We are so excited to have Strayed join our event,” said Sylvania Campus Women’s Resource Center Coordinator Traci Boyle-Galestiantz. “She is an outspoken survivor of sexual and domestic violence and has generously donated her time to participate in this production of The Vagina Monologues.”

Strayed joins the PCC community cast of 27 students and six faculty for the 20th anniversary of The Vagina Monologues. Strayed is the author of the No. 1 New York Times bestselling memoir “Wild, Tiny Beautiful Things and Brave Enough and Torch.” The Oscar-nominated movie adaptation of “Wild,” which was released in 2014, stars Reese Witherspoon as Strayed and Laura Dern as her mother.

The New York Times called The Vagina Monologues, “probably the most important piece of political theater of the last decade.” The play — first performed Off Broadway by Ensler — dives into the mystery, humor, pain, power, wisdom, outrage and excitement in women’s experiences. The Vagina Monologues introduces a wildly divergent gathering of female voices, including a six-year-old girl, a septuagenarian New Yorker, a vagina workshop participant, a woman who witnessed the birth of her granddaughter, a Bosnian survivor of rape, and a feminist.

“We are living in a moment in history where people all over the world are discussing the complexities and realities of sexual assault against women and girls more than ever before,” Boyle-Galestiantz said. “With the social media movements #MeToo and #TimesUp, more conversations are happening that tell stories of sexism and violence but also of power and justice. We are excited to support those who are participating in the production to get on the stage and tell the stories of women who have survived and thrived.”

Tickets for the performance can be purchased at the Sylvania Women’s Resource Center (CC 268), online at pcc.edu/women/ or at the door. Doors will open at 6 p.m. with the show starting at 7 p.m. Proceeds from the event will go to Bradley Angle’s Healing Roots Program.