This content was published: November 14, 2016. Phone numbers, email addresses, and other information may have changed. 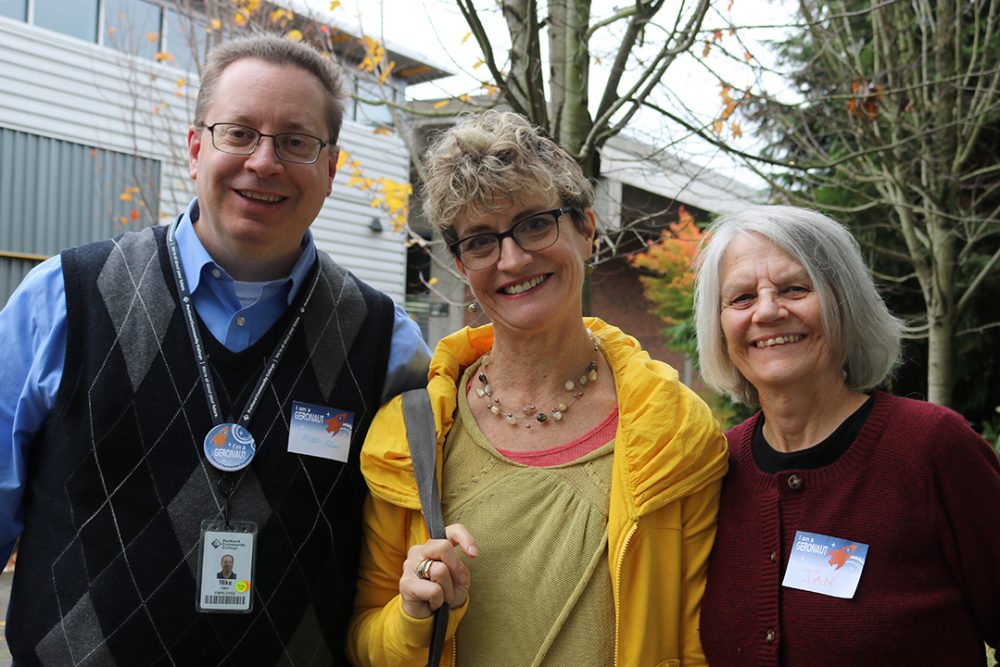 Portland Community College took another step towards its strategic goal of creating a climate for diversity, equity and inclusion, after a visit from Ashton Applewhite, an anti-ageism activist. Applewhite spent the day at PCC for a series of conversations to help explore ageism at the college.

She met with multiple groups on campus to focus on how ageism impacts PCC as an employer and as an educational institution. Participants were asked to grapple with the only “ism” that affects all people and mingles with race, class and sex, to name a few.

The goal of the conversations were to engage administrators, faculty, staff and students in ways ageism is experienced and manifested across the district. Guests were also asked to consider next steps to broaden the conversation, encourage consciousness-raising around ageism, and address discriminatory practices and policies.

“We learned that even starting the conversation about ageism is hard,” said Gerontology Program Chair Jan Abushakrah. “We don’t have the language to talk about it, we don’t know what ageism, other than outright discrimination, looks like. Perhaps most difficult, we aren’t aware of our own unconscious ageism toward ourselves and our future, older selves. We came away from the day of stimulating exchanges inspired and energized to take on the challenge to end ageism.”

Applewhite, author of the book “This Chair Rocks: A Manifesto Against Ageism,” began blogging about aging and ageism in 2007 and started speaking on the subject in 2012. During that time she has written for Harper’s, Playboy, and many other publications and was recognized by the The New York Times, National Public Radio, and the American Society on Aging as an expert on ageism. She was recently named Public Broadcasting Services’ Next Avenue 2016 Influencer of the Year.

Her visit was part of the Gerontology Program’s “End Ageism” campaign. The campaign kicked off last spring and is a collaborative effort to raise awareness about internalized and institutionalized ageism affecting PCC employees and students, and to develop strategies to collectively address ageism in all aspects of PCC’s operation as an employer and as a college. The campaign seeks to integrate age and ageism into PCC’s ongoing efforts to fulfill its strategic commitment to diversity, equity and inclusion, viewed through the lens of social justice theory.