This content was published: March 7, 2016. Phone numbers, email addresses, and other information may have changed. 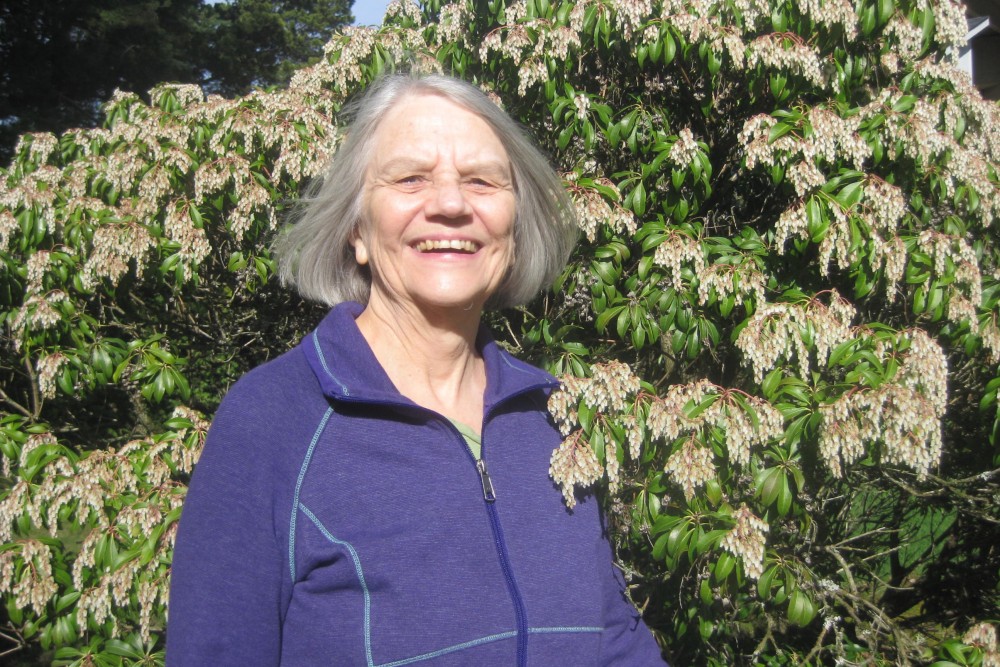 “Jan is tirelessly committed to the Gerontology Program at PCC,” said Division Dean of Social Science Sarah Tillery. “She is involved at all levels with gerontology students, faculty and community partners. This award is a testament to her hard work and enthusiastic spirit for Gerontology as a field of academic inquiry and the future of gerontology programs everywhere.”

Abushakrah has been a member of the PCC community for 21 years and developed the program’s curriculum at the college. She received her award at AGHE’s 42nd Annual Meeting and Educational and Leadership Conference in Long Beach, Calif., last weekend.

x by Kate Chester 5 years ago

Congratulations, Jan! Your efforts and commitment to the Gerontology program are both admired and appreciated!

x by Pamela Murray 5 years ago

Jan,
I was thrilled to read that you were honored with this award. Your energy, passion and commitment to your work is something I’ve alway admired and respected. Congratulations–this recognition is long overdue. Pamela Murray

x by Angelique Marks 5 years ago

Congratulations Jan!! This is so great to see. You have been so dedicated to your career and your students. I thank you for all of your hard work.

x by katherine talman 5 years ago

You have been such an influence on the choices that I will make when I graduate. I share who you are and how you and your program have influenced me, with many different people in my upcoming field. Thank you for loving our parents and our older selves. Enjoy your swim:D

x by Victor 5 years ago

Jan, you are a great teacher and person. You really understand what it takes to be a student and what it takes to succeed. I am glad I had you as my counselor and instructor over the two years I was there. I will continue to think about all that we discussed and will continue to grow on that knowledge. This award could not have gone to a better instructor, counselor and friend. Congratulations, you definitely deserve it.

x by Trace Rew 5 years ago

Captain, My Captain…
I am “over the moon” proud of ALL you have accomplished!!!
Your ability to bring forth the passion in so many students, faculty, and ALL those you’ve crossed paths with throughout your career is phenomenal. Incredibly deserving and long overdue.

As I move forward into “The Gerosphere and Beyond,” I shall forever be guided by my Gero-Commander in Chief, and as a Geronaut I promise…
To Explore The Strange New World of Longevity,
To Seek Out New Lifestyles and New Culture Changes, AND…
To BOLDLY Go Where No Geronaut Has Gone Before!!!