This content was published: February 10, 2011. Phone numbers, email addresses, and other information may have changed.

At 7 p.m., Thursday, Feb. 17, renowned artist Carolee Schneemann will give a performance lecture at the Performing Arts Center on the Sylvania Campus. In “Mysteries of the Iconographies,” Schneemann will talk about her five decades of artmaking exploring some of the themes and imagery that have informed her explorations of sensuality, the cultural mind-body divide and personal freedom in works as varied as film and video, drawing, painting, performance and photography. 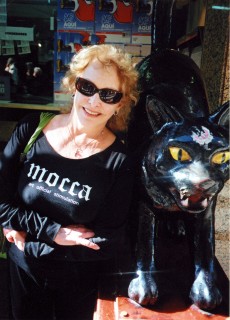 Schneeman is the author of several books, including “Imaging her Erotics  Essays, Interviews, Projects” (2002), and “Correspondence Course: An Epistolatory History of Carolee Schneemann and her Circle” (2010), edited by Kristine Stiles. She has taught at such institutions as New York University, Bard College, California Institute of the Arts and the School of the Art Institute of Chicago.

This is Schneemann’s first visit to Portland. Her trip is sponsored by Portland Community College’s student government and the Women’s Resource Center.