Christina Friedle has been teaching Geography & Geographic Information (GIS) classes at Portland Community College since 2007. She has worked on a wide variety of geographically based projects including Director of a Watershed Education program, Conservation Geographer for a salmon conservation organization, and as an independent GIS contractor in conservation, transportation, and planning. Christina received an M.S. in Geography from Portland State University with a focus on Natural Resource Management, Protected Areas, and Central America. Christina has been instrumental in designing and implementing the GIS certificate program at PCC.

Since living in the US, Dr. Dimitrov has taught a number of courses at several US colleges and universities, including Virginia Commonwealth University, University of Mary Washington, Portland State University, and Willamette University.

Joe Gordon grew up in Eugene, Oregon, and received an M.S. in Geography from the University of Oregon. His research fellowship at the UO focused on modeling the intersection between global climate change and socioeconomic vulnerability, and his thesis focused on mining and mapping social media data during the 2012 presidential election. Simultaneously, as an intern at Lane Council of Governments, Joe began dabbling with LiDAR and learning how to model vegetation and perform feature extraction. As a GIS Specialist at Metro, his current focus is split between demographics and remote sensing, the underlying theme in both fields being the identification of patterns in data and potential relationships between variables. As an instructor at PCC, Joe enjoys sharing with and learning from aspiring practitioners in the ever-changing and advancing field of GIS.

Tim Hitchins is a GIS developer with a passion for interactive mapping, data visualization, and web development. He received an M.S. in Geography from Portland State University where he studied the relationship between interactive map usability and spatial data production. In 2018, Tim co-founded Mapping Action Collective, a non-profit organization that collaborates with grassroots groups to elevate their missions and goals by providing them with maps, custom software, data, and training in data literacy. As adjunct faculty at PCC, Tim loves to share what he has learned and continues to learn about the dynamic world of GIS. 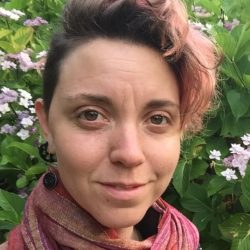 Lauren Hull is a human-environment geographer that explores social justice, urban ecology, and the intersections of nature and human systems. She received an M.S. in Geography from Louisiana State University, where she examined relationships that form between humans and non-humans in urban gardens. As a geography Instructor at PCC, Lauren teaches both human and physical geography courses. Prior to working at PCC, Lauren taught at Chemeketa Community College and worked with K-12 outreach extension programs at Louisiana State University. She continues to work with K-12 education programs in Oregon, including the Center for Geography Education in Oregon. Lauren’s goal as an instructor is to encourage conversation, collaborate, and cultivate equitable communities.

Tuba Kayaarasi is a human geographer with a particular interest in cultural geography and feminist political ecology. Her regional focus is Latin America, Africa, and the Middle East. Tuba holds an M.A. in International Relations with a particular focus on the political economy of the environment and studied the impacts of oil production on the environment and the Ogoni people of Nigeria. In 2006, Tuba earned an M.S. degree in Geography with a focus on gendered impacts of agricultural mechanization and intensive cotton production in Southeastern Turkey. In 2008, Tuba earned her third Master’s degree in Education in Leadership in Ecology, Culture, and Learning, focusing on vernacular knowledge, education, and self-determination for indigenous peoples.

Tuba currently teaches various human geography courses at PCC including Human Geography, Geography of Africa, Geography of Global Issues, and World Regional Geography. She also works at the Immigrant and Refugee Communities Organization (IRCO) as an instructor. The focus of her work at IRCO is to teach basic literacy and cultural adaptation skills to newly arrived refugees and immigrants.

Masoud Kheirabadi (Ph.D. and M.A., University of Oregon; M.S., Texas A & I University; B.S., University of Tehran) is an Adjunct Professor. He has taught at PCC since 1993. He has also taught courses and seminars at the University of Oregon, Lewis & Clark College, Marylhurst University, and Portland State University. These courses and seminars range from introductory to advanced courses covering various topics dealing with geography, environmental science, population, resources, sustainability, and Middle Eastern/Islamic studies. Dr. Kheirabadi has received awards for excellence in academic service and teaching from Marylhurst University. Sustainable development, ecology, politics, and spirituality and religion are among his favorite research topics. Among books published by Dr. Kheirabadi are ‘Iranian Cities: Formation and Development’; ‘Modern World Nations: Iran (second edition)’; ‘Sri Satya Sai Baba (Spiritual Leaders and Thinkers)’; and ‘Islam (World Great Religions)’.

Bryan Kilburn has 15 years of experience as a GIS professional and has used the technology to provide analysis and support for: regional demographics studies, redistricting, transportation planning, urban planning, environmental planning, and parks-recreational planning. Mr. Kilburn completed a bachelor’s from Stephen F. Austin State University in Forestry and masters from the University of Texas at Dallas in GIS. He thoroughly enjoys the opportunity that being an instructor gives to pass these skills along to future GIS professionals.

Binh Le has more than 10 years of experience in GIS. He received his GIS certificate from San Francisco State University and a B.S. in Biology from UCLA. Binh has a variety of GIS experiences in environmental consulting, land planning, utility, and local government. Binh has also taught classes in nautical science and celestial navigation as a sea captain. Binh’s professional interests include cartography, data visualization, and developing apps and Python tools. As an instructor at PCC, Binh hopes to share his practical knowledge in GIS to aspiring professionals. 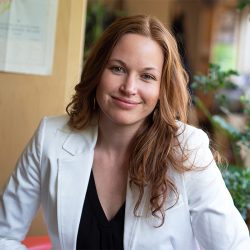 Alicia Milligan is a native Portlandian and received her academic training in Geography and GIS from Portland State University. She has a strong passion for GIS and human geography, as well as teaching. Her master’s research incorporates both of these fields of geography using public participation GIS to map Sense of Place in Mt. Hood National Forest. Additionally, Alicia loves the design aspect of cartography and has been an integral team member in publications such as Upper Left Cities and disaster resilience projects from the 2015 Nepal earthquakes. Alicia’s diverse interests bring valuable insight and resources for guiding students with their academic interests. Outside of teaching, Alicia is well connected with the Portland GIS community and holds a board member position with ORURISA Emerging Professionals. As an adjunct instructor at PCC, Alicia hopes that her passion for geography and GIS will inspire students to explore the many possibilities this field has to offer.

Kerry Pataki has been teaching at PCC since 2002. He teaches both geography and anthropology, with a particular interest in the relationship between environment and culture. Kerry has a MA in geography and a Ph.D. in anthropology. His master’s graduate work focused on population growth, migration, and the long-term environmental effects on indigenous groups, while his doctoral research focused on cultural value systems and their impact on the environment; both involved fieldwork in Papua New Guinea and elsewhere. Kerry is published in a number of books and journals on various subjects, including health aspects among migrants in the Yakima Valley in Washington and the Heiltsuk Kwakiutl in coastal British Columbia.

As for teaching, Kerry has taught at Reed College, the University of Colorado in Boulder, University of California (San Francisco and Berkeley), and University of Papua New Guinea. Kerry also consults on health and environment for the World Health Organization and others. 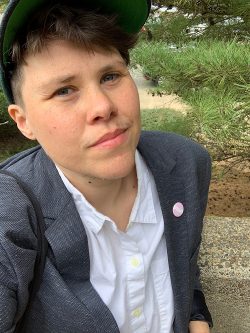 Angela Sakrison is a Geography Ph.D. student at Arizona State University interested in how climate change is shifting the way we use space and build place. Their research focuses on the Puget Sound region and is an extension of their Master’s thesis work at the University of Pennsylvania, where they built GIS tools for predictive modeling of sea-level rise and wetland migration. While earning a master’s in Resource Management and a certificate in GIS, they first started teaching GIS courses. They have taught at the University of Pennsylvania, Arizona State University, and now PCC since Winter 2019. They have also worked as a Research Assistant at the Vegetation and Landscape Ecology Lab, and in the industry at Google Maps and several geospatial firms as a consultant and contractor. They are a co-founder and co-director of the Post-Human Network and member of the Radical Pedagogy reading group at ASU. They will be full-time Geography Faculty helping aid in the mission to increase equitable student success in the GIS program.