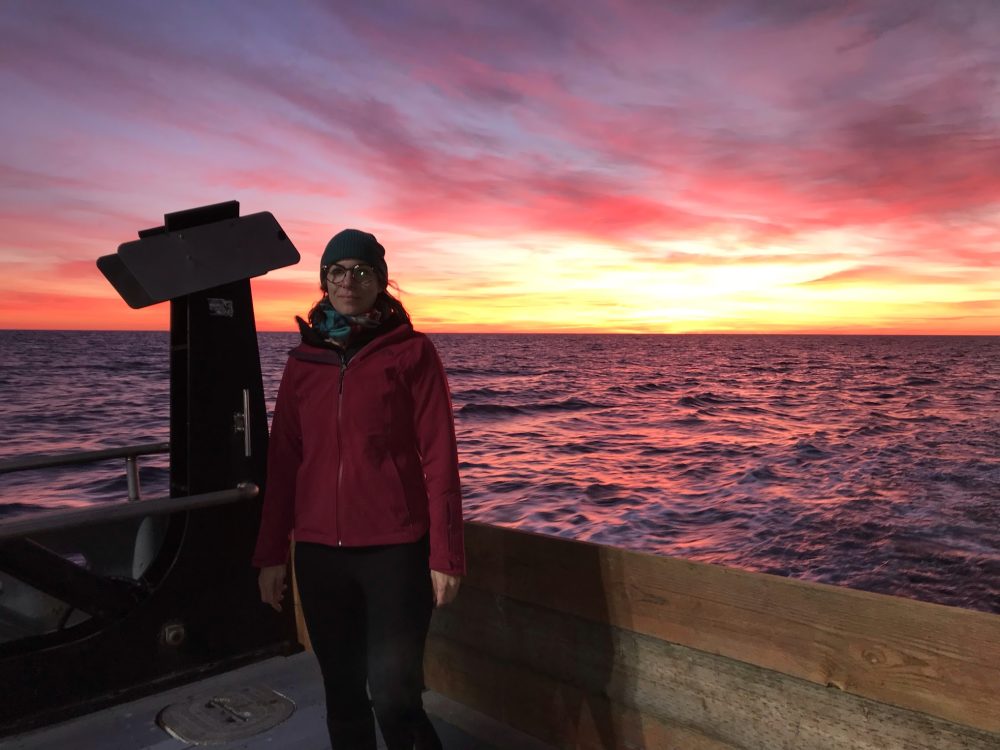 PCC alumna Jill Munger during a scientific cruise off the Newport Hydrographic Line where she was a cetacean observer.

Portland Community College and Oregon State University alum Jill Munger is walking, diving proof that the path to a college degree and meaningful career is rarely a straight line. There are often starts and stops, zigs and zags, and no shortage of obstacles to overcome.

The marine acoustics researcher’s work with the Cooperative Institute of Marine Ecology and Resources Studies (CIMERS) and National Oceanic and Atmospheric Administration (NOAA) Cooperative Institute has taken her to waters near and far. Munger and her colleagues use recordings of ocean sounds below the surface to learn how life under the sea is changing over time. These underwater recordings of fish, boats, and more speak to the overall health of the ecosystem and are helping to inform marine policy and management strategies around the world.

With the recent publication of her first scientific paper, Munger has established herself as a notable new voice in the field. 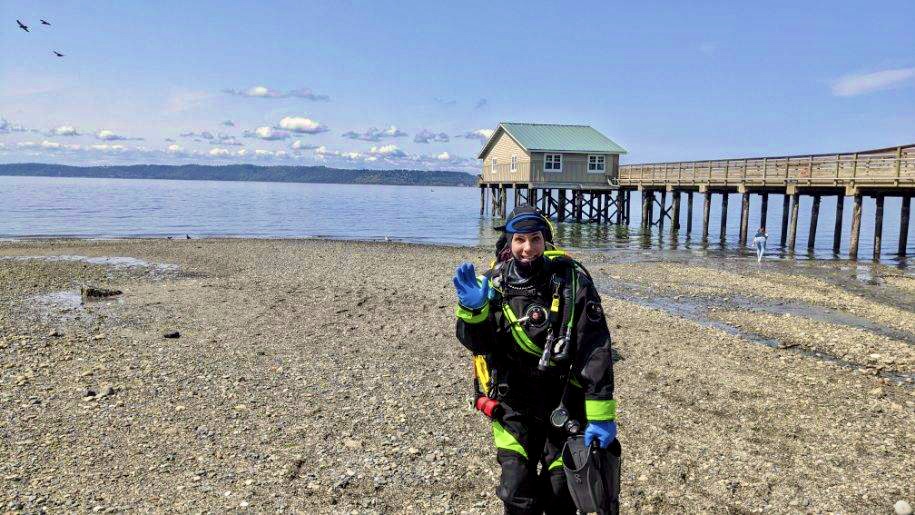 Before the papers, international research, and degrees, however, she was a 20-something on-again, off-again student struggling to find an academic toehold. Munger had started college several times – first to become an emergency medical technician and later studying astronomy – but nothing stuck.

After a 12-year stint in the San Francisco Bay Area, where she worked her way into the world of corporate finance, the Vancouver, Washington product returned to the Northwest. Back home, she signed up on a whim for a PCC Spanish class that ended up changing her life.

In addition to meeting her future husband, Tom, in the class, the experience helped rekindle her educational aspirations.

An avid scuba diver, Munger’s fascination with life under the sea inspired her to enroll in biology courses at PCC, where she eventually earned her associate of science degree. From there, she applied to the Fisheries, Wildlife, and Conservation Sciences Program at Oregon State and continued her gradual, yet determined march to her bachelor of science degree while working full time.

“Academia can hold a different value depending on where you’re at in life,” Munger said. “For me, the right decision was first to go out and gain some real-world experience, which included having a lot of fun.”

However, she said she had mixed feelings about her decision to return to school mid-career.

“I didn’t return to college until I was 37 and then I didn’t graduate until I was 43,” she said. “When you’re trying to find your way through undergrad that late in life, it can be really difficult and lonely.”

Munger credited her time at PCC and, in particular, her experience in Linda Fergusson-Kolmes’s “Principles of Biology” course series with helping her re-acclimate to higher education. 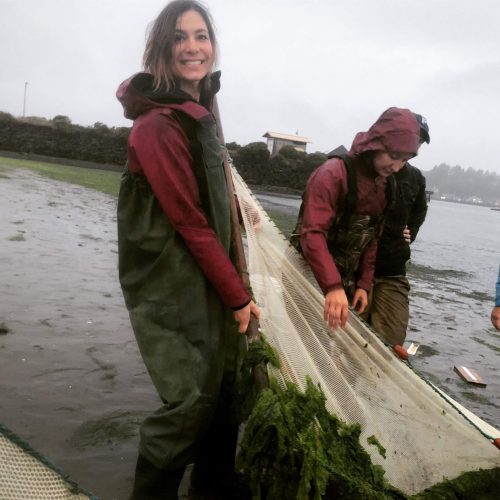 Munger during field coursework at Hatfield Marine Science Center where she was seining for fish.

“It had been a really long time since I had been in a learning environment and she brought the material to life,” Munger said.

Fergusson-Kolmes said she was inspired by Munger’s courage to change careers and pursue her passion for the marine world.

“Jill came with a love for the ocean and a dream to make that her full time job,” Fergusson-Kolmes said. “I appreciated how much questioning she did about whether it was possible. She was able to be very honest with herself about her fears and her hopes for the future.”

For Fergusson-Kolmes, Munger’s story also shows that there are many routes to a meaningful career in the sciences and beyond.

“Education is a journey,” she said. “So many students come into the program thinking that their dreams for the future depend on the outcome of one test or one class. I would encourage them instead to simply be open to being amazed by the biological world and exploring all the different opportunities to work in science.”

It’s all about making the most of the road you’re on, Munger added.

“There’s not just one right way to do it,” she said. “Try to find the value in whatever you’re experiencing, even if life takes an unexpected turn.”