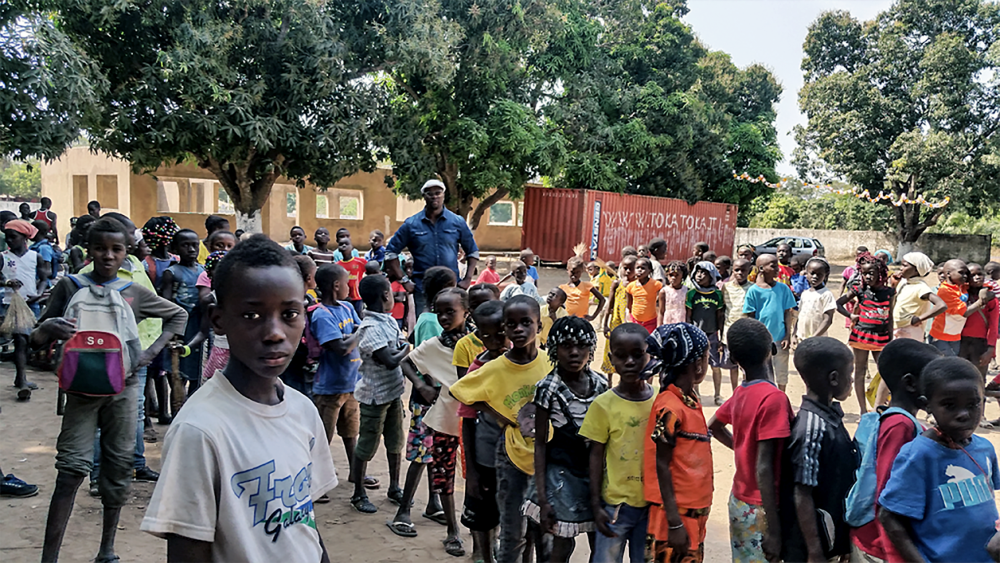 In 1998, in the midst of a civil war, Esmeraldo Silva left his native country of Guinea-Bissau on a bicycle. Today, safely ensconced in the United States, he is working to help the people of his homeland — as well as those of his adopted nation — by focusing on the light that guided his way from West Africa to the Pacific Northwest: education.

Silva, who is set to graduate from Portland Community College, is the founder and CEO of the Professor Joaquim Silva Foundation, a charitable nonprofit named for his father. With it, he hopes to extend the kinds of opportunities he has found in America not just to Guinea-Bissau, but to those who need them here as well.

“Since I came here, I knew I had to take advantage of my good fortune,” Silva said. “I don’t just want to help Guinea-Bissau, I want to help the people of the U.S.A. too.”

Guinea-Bissau sits on the West African coast, sandwiched between Senegal to the north and Guinea to the east and south. The country has borne the burden of European colonial expansion and exploitation longer than most, coming under Portuguese control in the 15th Century. In the decades and centuries that followed, generations of its people were forced into slavery and shipped to the New World, as a succession of European powers struggled for control of the region.

The country won its independence from Portugal in 1974, and established a democratic, representative form of government. It was a hopeful time for the country, albeit dangerous, and Silva’s father — Professor Joaquim Silva — supported his family by teaching young people at a Catholic missionary school.

“It was a difficult time to be a teacher,” Silva recalled. “There was always a danger that someone would call you a traitor.”

Young Silva saw how his father inspired and motivated his students, and the respect he earned for it in the community. Getting an education represented not only an opportunity for people to better themselves and their own prospects, but to help the nation toward a brighter future.

“There are so many people who were touched by my father,” he said. “Right now, the Minister of Health in Guinea-Bissau is one of my father’s former students. When I meet them, they thank me for what he did for them.”

As difficult as it was to be a teacher in Guinea-Bissau at that time, Silva said, it was just as hard to be a student. With resources scarce, and the threat of violence always present, sometimes going to school wasn’t a top priority. And, between teachers striking for better pay and conditions and salaries going unpaid, schools could not always be counted on to be open.

“I finished high school about 10 years too late,” he recalled. “For a long time, I had a choice — I could stay in school, or I could stay alive.”

A military coup in 1980 ushered in a chaotic period culminating in the country’s first multiparty elections in the early 1990s, only to devolve into civil war in 1998. It is from this conflagration that Silva escaped by bicycle.

“I sold that bicycle when I got to Senegal,” he recalled.

Silva found his way to the Cape Verde Islands, off the West African coast, which was a safe harbor for refugees at the time. There, he met an American Peace Corps volunteer, who befriended him and hired him as a translator. Later, she was able to arrange for him to travel to Florida to receive medical treatment — and his time in America, and among Americans, began.

One of his first jobs in the U.S. was driving an 18-wheel truck. This became a 17-month odyssey that took him through all of the 48 continental United States. Along the way, he discovered the place that he would come to call his home: Oregon.

“Portland resembles home in many ways,” he said. “The rain, the green, the nature. I knew I wanted to stay here.”

It is in Portland that the Professor Joaquim Silva Foundation was founded. Esmeraldo enrolled at PCC, earned a scholarship, and began his studies, but he never forgot where he came from or what the people of his native land were still enduring. During a trip to Guinea-Bissau in 2016, he visited an elementary school with a chronically leaky roof — and suddenly his path was clear.

“I know what young people face in Guinea-Bissau,” he said. “I had to find a way to help them.” 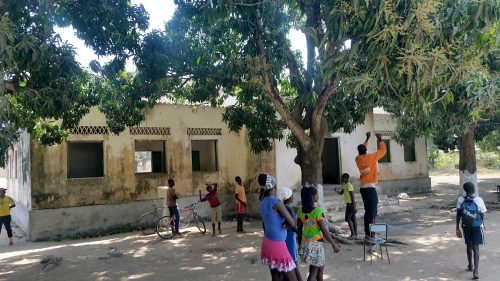 Currently, the foundation is seeking to raise funds to help the regional hospital to combat COVID-19

This turned out to be easier said than done. Post-Sept. 11 anti-terrorism regulations meant that anyone wishing to do aid work abroad must do so through a registered charitable organization. Fortunately, Silva found allies in the faculty and students at the Willamette University School of Law, who helped him — free of charge — to create a charitable organization of his own.

The foundation works to bridge the two communities of Portland, Oregon, and Mansoa, Guinea-Bissau, by funneling resources and expertise to address issues ranging from education to health care to sustainable farming. Currently, the foundation is seeking to raise funds to help the regional hospital to combat COVID-19. It is also seeking donations of critical equipment, including N-95 masks, face shields, no-touch thermometers, and devices to monitor blood pressure and glucose levels. And the foundation is looking for people, Silva said — volunteers with experience in the nonprofit sector or who are willing to learn.

Silva is also working on a children’s book, the proceeds from which will go toward funding the foundation’s future operations; and a short film depicting the challenges faced by children in Guinea-Bissau around getting an education.

All of this, plus his studies, make Silva a very busy man, but somehow he feels like he’s in exactly the right place, doing exactly what he should be doing.

“I think God has a purpose for me,” he said. “That’s why I’m here in the United States. I’m here to help people.”