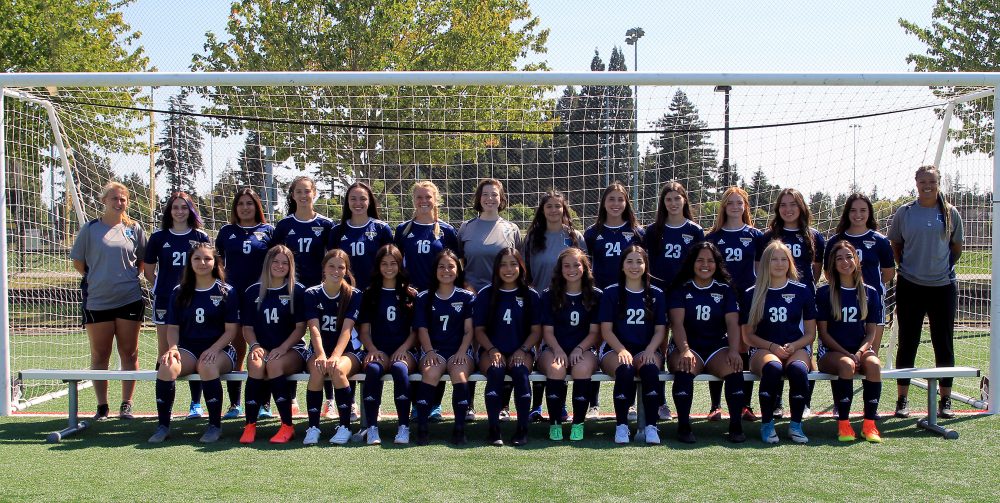 Portland Community College’s women’s soccer team completed NWAC Southern Region play this week with a 2-1 victory over Southwestern Oregon Community College. The victory secured second place for the Panthers in the South Region and solidified a birth in the NWAC Women’s Soccer Championships.

By finishing second, the Panthers will host a first round playoff game at 2 p.m., Wednesday Nov. 3, at the Tualatin Hills Parks & Recreation ballfields next to the Rock Creek Campus. Fans will be allowed to attend the match. All in attendance will be required to follow current PCC Covid-19 health and safety protocols.

After not playing during the 2020 NWAC soccer season due to Covid-19 protocols, the Panthers were looking to build on the success they enjoyed during the 2019 season when they also hosted a first round playoff game. Led by first year head coach Devlyn Jeter, the Panthers finished 2021 NWAC Southern Region play at an impressive 7-3-2.

For more information go to the PCC Panthers athletics page.