This content was published: June 7, 2021. Phone numbers, email addresses, and other information may have changed.

After a year burdened by tension, loneliness, and injustice, the Portland Community College Rock Creek Campus Choirs are determined to prove that music can be a bridge to unite and elevate. Their spring concert — “Lift Every Voice and Sing: Songs of Justice, Hope, and Strength” (streaming free on YouTube on Thursday, June 10 at 7:30 p.m.) — reflects students’ focus on love, respect, friendship, life, and the power of music during this tumultuous time. 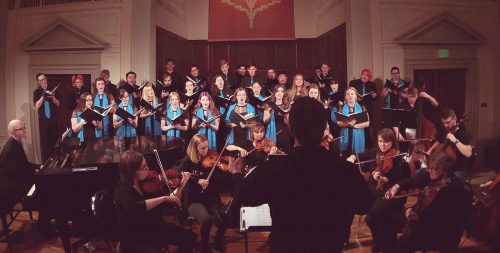 For students like Thanh Vu, who is completing his first year at PCC, the opportunity to express the necessity and urgency of social justice through song has had a profound impact.

“Singing about social justice may seem insignificant, but small and simple actions can make a difference,” Vu said. “The songs in this concert ring so true and bright in my ears and have increased my perspective and empathy for those suffering.”

The son of Vietnamese refugees who fled to America during the Vietnam War, Vu and his family flipped their challenging situation into a mission — to be a force of good for everyone with whom they come into contact. Choir has been integral to Vu’s part in that effort for the past eight years.

“I’ve enjoyed being able to express myself, my talents, and my spirit to uplift others,” he said. “When I’m bright and smiling, or standing up and dancing, people feel the energy and want to be as well, and I love that.”

Vu is a 2000 graduate of Westview High School, less than two miles from PCC’s Rock Creek Campus. Despite PCC’s distance learning setting due to the pandemic, the college has enabled Vu to affordably explore a variety of educational pathways and have meaningful experiences with new people. The choir, however, has been his true port in the storm of disconnection during the pandemic.

“In a world where you are always afraid to turn on your camera and feel so isolated, choir has been one of the only classes I want to be seen in, because I feel seen,” he said. “The environment is always something I look forward to because I can’t feel alone in that class — it gives me so much joy and hope.” 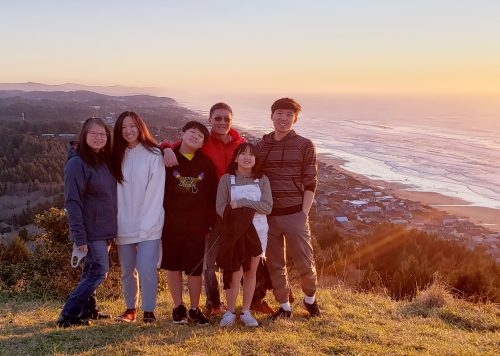 Thanh Vu and his family.

And according to Samuel Barbara, PCC’s Rock Creek Campus Director of Choirs, that joy and hope are ultimately at the core of the spring concert.

“All of the songs feature important civil rights era messages — words of hope, justice, and freedom,” Barbara said. “This includes music to empower the LGBTQ+ community and the title song, ‘Lift Every Voice and Sing,’ — often referred to as the Black national anthem — which presents a message of hope through adversity, heralding equality for all people.”

The concert will feature larger choral works like “Glory,” which received an Academy Award for Best Original Song in the film “Selma,” as well as inspiring classics such as “Lean on Me” and “We Shall Overcome,” alongside small ensembles of music chosen and produced by the students themselves.

While there is no cost to view the concert on YouTube, all donations received will go toward PCC’s Bridges to the Future scholarship, which benefits students from communities of color, those who identify as LGBTQ+, students living with a disability, and those who have or are currently experiencing poverty. Click here to donate.