This content was published: October 26, 2020. Phone numbers, email addresses, and other information may have changed. 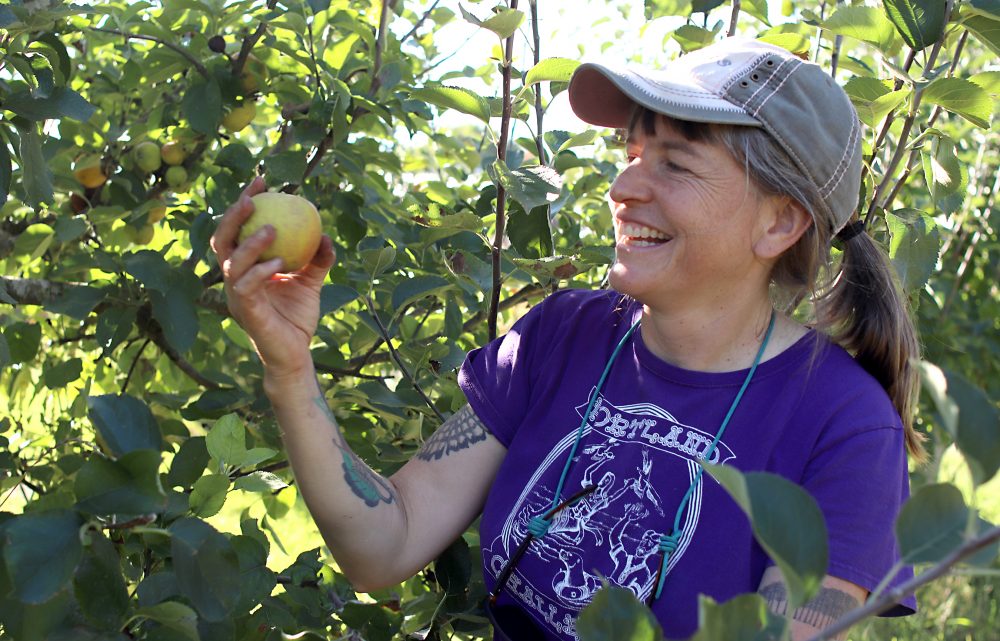 Rock Creek Learning Garden Coordinator Miriam Latzer has had to adjust during the pandemic in order to get her produce to those who need it most.

Like so many aspects of Portland Community College, the learning gardens were hit hard by the coronavirus outbreak. Even though the gardens are closed at all PCC campuses, the creative thinking of two PCC employees, though, were able to cultivate the remaining harvest at the Rock Creek Learning Garden and provide fresh produce to some of the most vulnerable members of the community.

During this time of remote and online operations, Rock Creek Learning Garden Coordinator Miriam Latzer was faced with twin dilemmas. First, she had to decide how best to run the garden by herself, absent the student workers who typically assist her; and second, she needed to find a home for the garden’s produce so it wouldn’t go to waste.

A PCC instructor with roots in the community was able to step forward and help with the second dilemma. Rock Creek math faculty Henry Mesa is a parishioner at St. Juan Diego Church, which happens to sit across the road from Rock Creek. Not coincidentally, he also volunteers with the food pantry at the church, which has had a longstanding relationship with the campus as an important community resource for PCC students.

In other sustainability news, PCC has partnered with Chemeketa Community College to offset a portion of their electricity consumption with clean, renewable solar energy. Collectively, the two colleges have subscribed to receive 5.7 megawatts of electricity, which equates to a combined 205,000,000 kilowatt hours of electricity, that will be offset through the program’s duration.

“About 10 years ago, (the St. Juan Diego food pantry) reached out to (former Rock Creek Student Leadership Coordinator) Mandy Ellerson at Rock Creek and let them know there was a food pantry across the street,” Mesa recalled. “This was before the campus had a food pantry of its own. So, when the pandemic hit, we already had this connection.”

When the coronavirus outbreak arrived, it threw the learning garden’s operations into a state of disruption.

“We developed our annual crop plan back in December and we were moving forward with it in January and February,” Latzer explained. “Obviously, we had no idea a global pandemic was on the way. We had to make some decisions in a hurry.”

Latzer had to decide which crops, and how much of them, she would continue to cultivate knowing that hers would be the only pair of hands on site to plant, water, weed and fertilize for the foreseeable future. As of September 2020, the garden had produced about 2,000 pounds of food, down from the roughly 4,900 pounds it had produced at the same time last year.

Most of all, though, she was concerned about the impact that the learning garden’s closure would have on food-insecure PCC students. In addition to supplying the campus’ cafeteria with fresh produce, the garden also sold food to the Rock Creek community through its Portlandia Farmstandia and provided produce to hungry students via the campus’ food pantry. 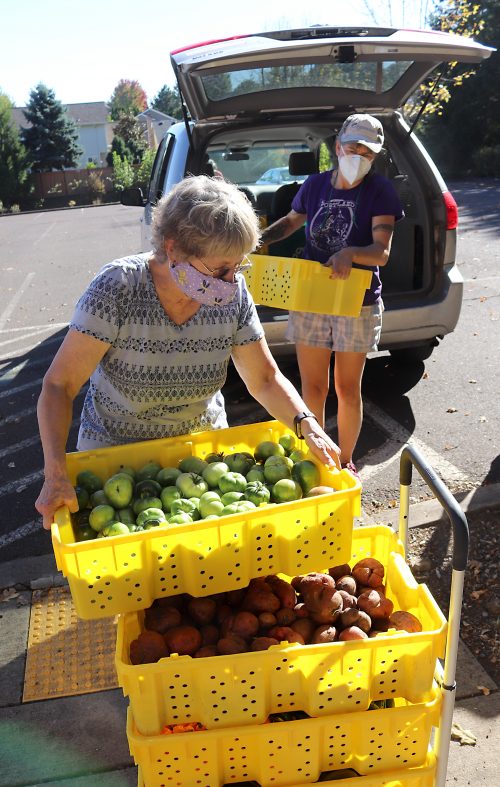 She said that in the days leading up to and following the closure of PCC’s facilities, she reached out to colleagues for help in directing students to alternate community food resources. Latzer reached out to Mesa in the hope of expanding the campus’ relationship with the St. Juan Diego food pantry in order to ensure produce made it into the hands of needy people in the community, including students.

So far, the renewed partnership has steered about 80-150 pounds of food to the St. Juan Diego food pantry each week since the closure of the campus. The food is making it further than it might have otherwise. The food pantry at St. Juan Diego is operated in partnership with the charitable organization St. Vincent de Paul, which has connections with the Oregon Food bank, a statewide anti-hunger effort. Mesa said the pantry is open for food pickup three days a week and the learning garden’s food is finding its way into prepared meals that are served for free at the church’s Faith Cafe, too. A schedule of the food pantry’s hours is available online.

Even though the learning garden has been closed since March as staff finish donating their harvest, Mesa said that it was heart-warming to see that PCC students were among those that benefited from the partnership between church and campus.

“As an instructor at PCC, I hate that our students are struggling to find enough to eat, but I’m proud that the campus and the church could team up to help them,” Mesa said. “I’m glad when I see PCC parking tags in the cars that come by to pick up food.”