This content was published: January 13, 2020. Phone numbers, email addresses, and other information may have changed. 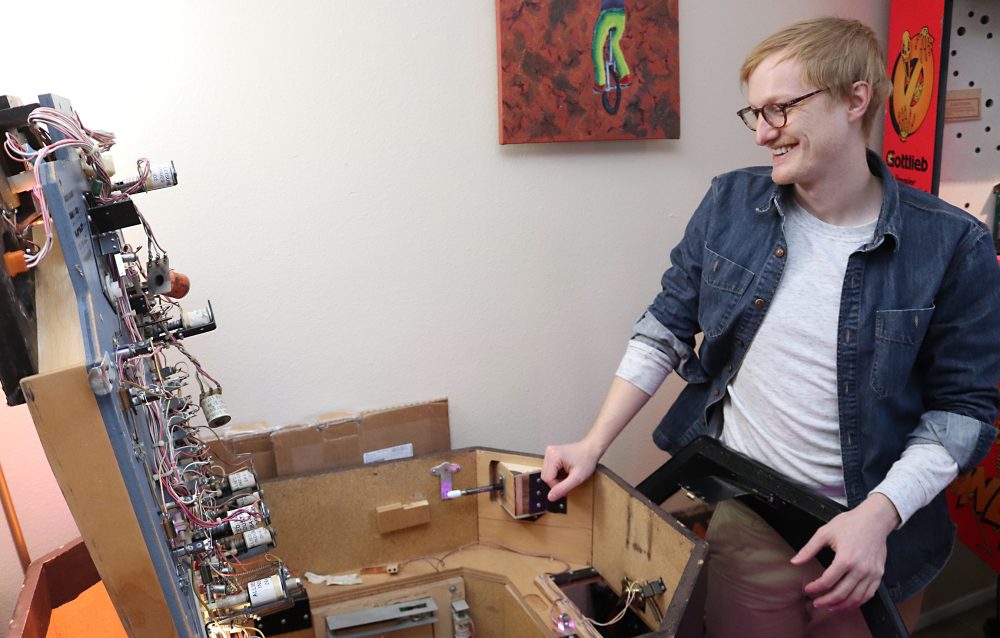 Luke Christensen repairing one of several pinball machines he has at home.

Luke Christensen, 32, graduated from PCC’s Electronic Engineering Technology Program last June and one day hopes to own a pinball machine factory. He began noodling on the idea after hearing a personal gaming hero speak at a 2016 Portland expo about the inner workings of pinball machines. This prompted Christensen to explore the older gaming art form. 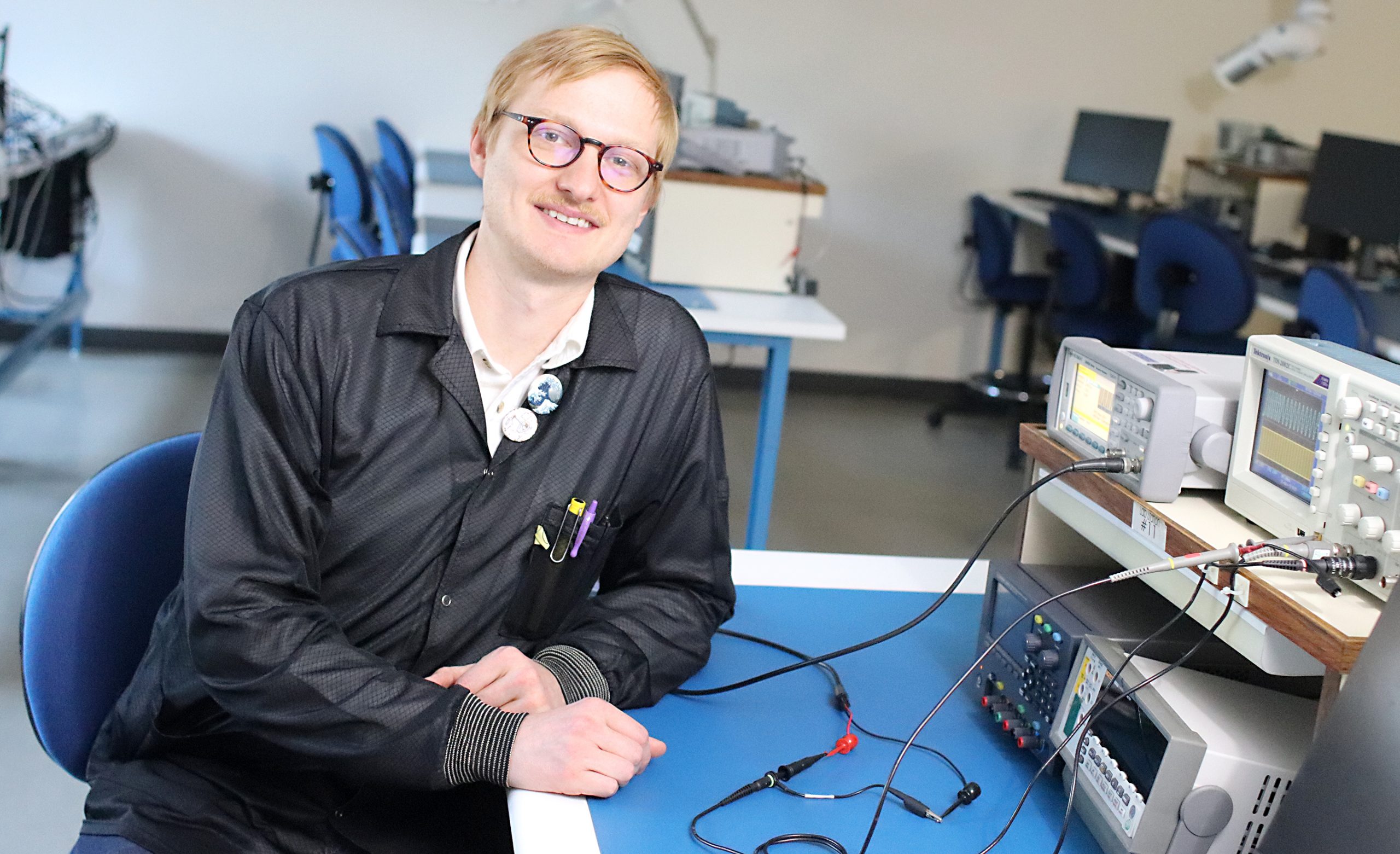 His interest in making pinball machines led him to PCC in 2017. Christensen already had a bachelor’s degree in Theater Arts, but when he was laid off from Portland Public Schools, he enrolled in PCC’s EET program, which gave him options to re-career into an in-demand field. Christensen used scholarships and guidance from Worksystems’ Reboot Northwest, the Workforce Investment Act, and the PCC Foundation to succeed in his classes.

His 3.8 grade-point average earned him a spot on the President’s List, and a National Science Foundation Award. Christensen, who mentored fellow students in the STEM Club at Sylvania’s MakerLab, was named a member of the 2019 All-Oregon Academic Team. This was followed by a national 2019 New Century Workforce Pathway Scholarship, with Christensen ranking as the highest scoring scholar from the state.

After graduation last summer, he quickly found work at an electronics manufacturer, Cascade Systems Technology, in Hillsboro. As the lead of its test department, Christensen is learning the ins and outs of manufacturing.

In his spare time, Christensen fuels his pinball passion by refurbishing old models. He looks for pinball machines built in the 1970s and 1980s, then uses the skills he learned at PCC to troubleshoot their vintage wiring and components, which he finds fun. Christensen likens the process to a mechanic fixing a car, since both require regular maintenance and fine-tuning.

“It’s like a sculpted piece of art that lights up,” said Christensen, who enjoys discovering the different narratives the machines present as part of their game-play engineering.

“It’s a really interesting all-American art form. My plan is to keep restoring games, add features to them, and then sell them, until I am ready to build my own from scratch,” he said. “I see a lot of opportunities to introduce more, and younger, people to pinball. I think it will be a beautiful thing when it catches on with the next generation.” 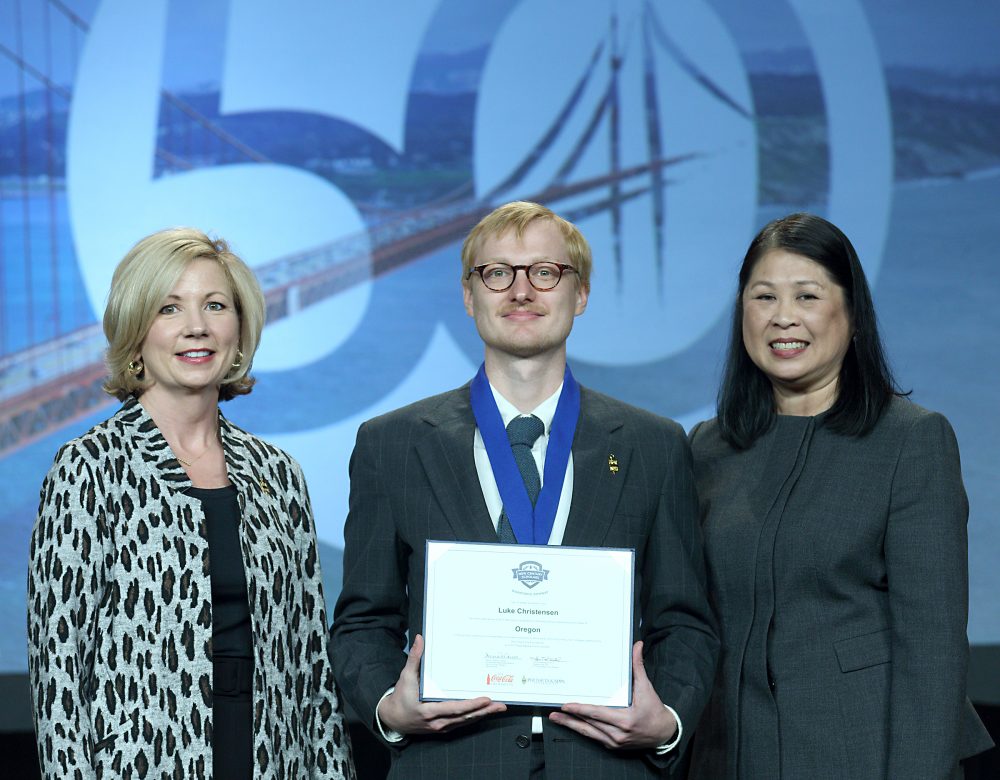 In 2019, Christensen earned a New Century Scholarship from the Association of Community College Trustees in San Francisco.

Electric Education, Sylvania Invaded by Robots, This Presentation Got Robotic