This content was published: November 15, 2019. Phone numbers, email addresses, and other information may have changed. 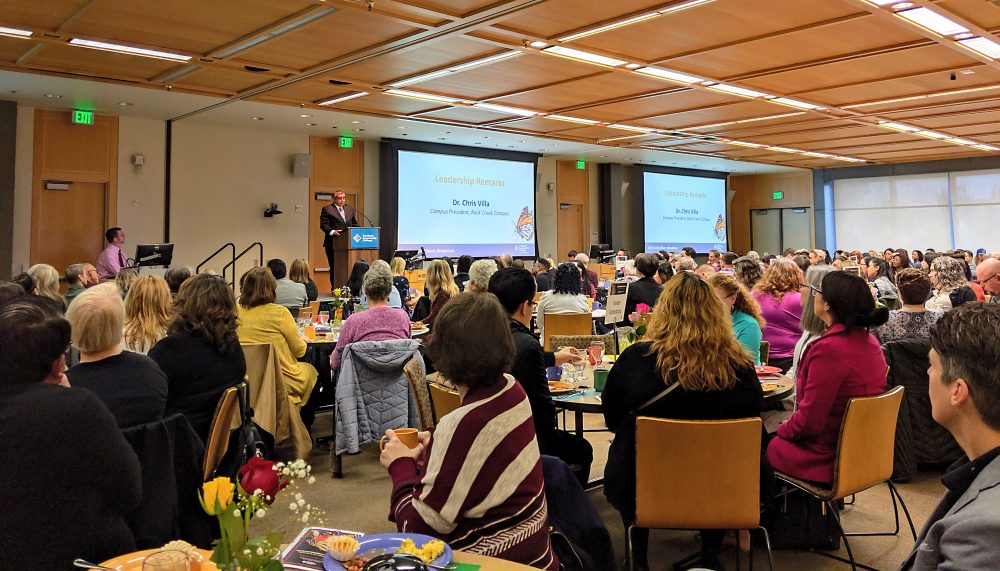 More than 220 attendees from throughout the metro area filled Portland Community College’s Rock Creek Campus Event Center for the inaugural DREAMers Breakfast on Nov. 13. They were students, alumni, educators, administrators, elected officials, non-profit and business leaders, community organizers, activists, and more — all united in celebration and support of PCC’s undocumented students, or known as Deferred Action for Childhood Arrivals (DACA).

The event, which was sponsored by the Hillsboro Hops, raised more than $36,000 for PCC DREAMer scholarships that help support students throughout the district who lack access to federal financial aid. Included in the total were the commitments of 22 new members of PCC’s DREAM Circle, which allows donors to provide monthly support to DREAMer students through the PCC Foundation. 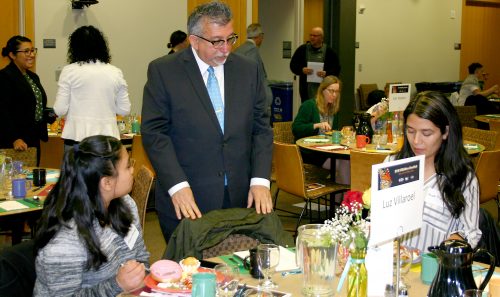 In his introductory remarks, Rock Creek Campus President Chris Villa told the crowd about his father’s own undocumented journey to the United States from Northern Mexico as a young boy. The elder Villa was later granted citizenship in 1946 following his service in the U.S. Army during World War II.

“Now more than ever, Portland Community College and people in our community are united in our support of DREAMers,” Villa said. “This event is clear evidence of that support.”

The keynote speaker was Julio Morales, a 2019-20 DREAMer Scholarship winner who was brought to the United States from Mexico as a baby. Morales talked about overcoming addiction as a youth before graduating from Beaverton’s Merlo Station High School. He also explained how he found even greater success at PCC where he earned his Advanced Emergency Technician certificate and is now enrolled in the Paramedic Program.

He told the audience about his motivation to continue to serve and advocate for others as a first responder after a recent medical emergency left him hospitalized, unable to communicate, and near death.

“My scholarship is an affirmation,” Morales said. “It means people believe in me and they want to support me.”

Morales also talked about his motivation to succeed in school and life.

“I’ll continue to work hard and give back,” he said. “I will make good on the investments my family, instructors, and those I haven’t even met have made in me.”

“Thank you to all of the friends of our DREAMers and DACA community,” Villarroel said. “Our students here at PCC are forever grateful and appreciative of all of your donations and contributions.”

For Morales, the spirit and success of the event served as a hopeful sign for a brighter future for all DREAMers.

“We’ve all faced obstacles, yet we all dream of a future when we can help those around us — where we can serve others,” he said. “We dream of the time when we aren’t recognized for our status, but are known for our value in our community.” 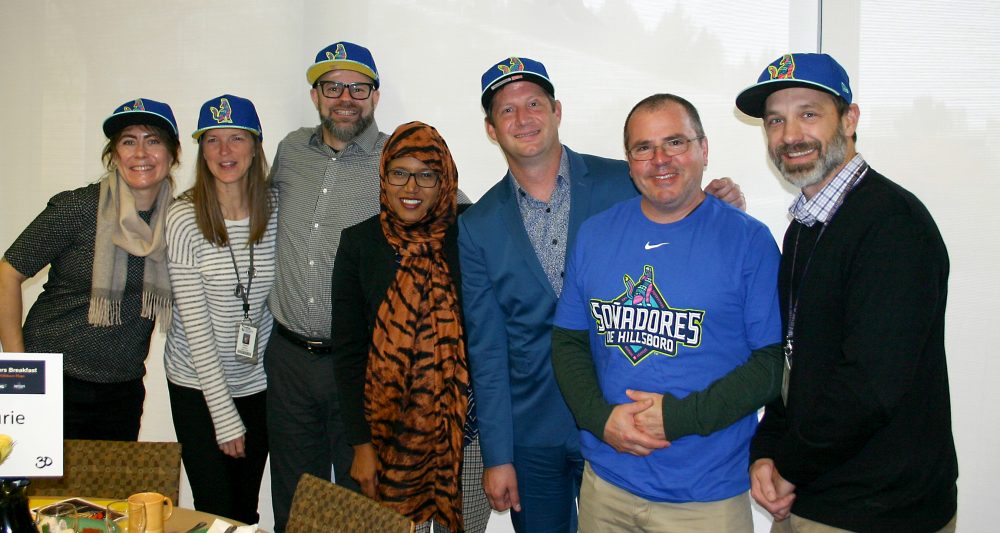