This content was published: November 25, 2019. Phone numbers, email addresses, and other information may have changed. 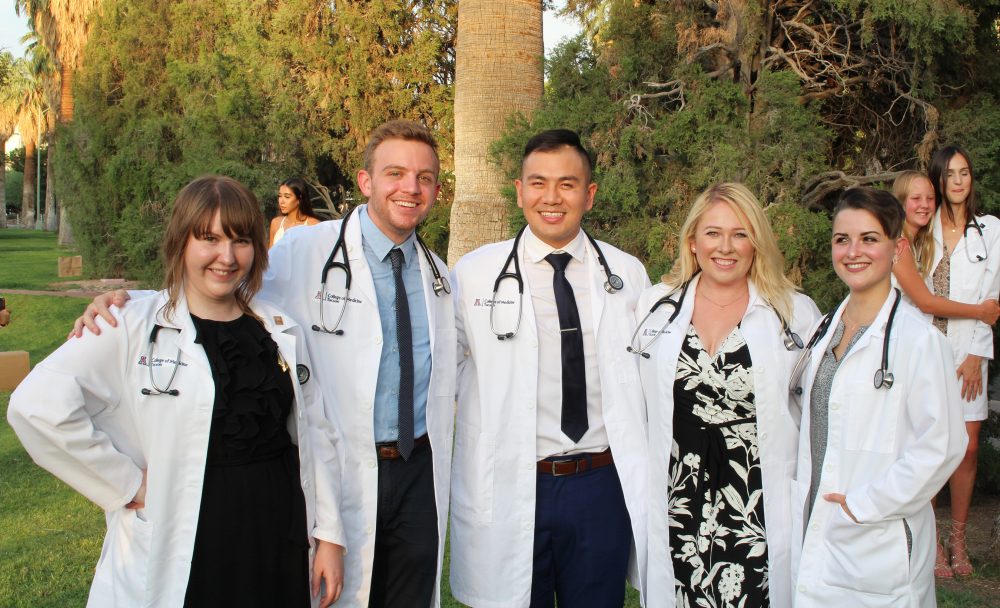 No matter the obstacle, Britt Gratreak will not be stopped.

She has applied that philosophy not only to her studies but to the outdoor activity she’s passionate about — cycling. When the philosophy was put to the test in 2014, Greatreak pushed through and turned tragedy into a positive.

The Portland Community College alum had transferred to Portland State University and was riding her bike to class. Gratreak made a sharp turn at a high speed, and slipped on an oil patch. She was thrown from her bike, landing on her head.

“My classmates told me that I showed up to class covered head to toe in oil and speaking total nonsense,” recalled Gratreak, who sustained a traumatic brain injury as a result of the accident despite wearing a helmet. “I never felt the same again.”

The injury caused neuro fatigue, brain fog, and intolerance of sunlight and sound. It forced Gratreak to pause on applying to medical school as she spent months in rehabilitation. She gradually recovered, and in early 2015, was even cleared by physicians to cycle again.

Just a few weeks later, a second round of misfortune struck. This time Gratreak was hit by a reckless motorist as she biked to class, causing her to lose consciousness. Ironically, Gratreak had just presented research at PSU about the adverse effects to the brain when successive, back-to-back brain traumas take place.

Gratreak would again recover, with the latest injury solidifying her interest in the medical field.

“The experience only amplified my call to medicine and treating the brain,” she said, “but it was a nightmare, and to a degree, still is.

“I continue to deal with seemingly permanent effects from my injuries, which has made nearly every aspect of my life harder, and makes medical school pretty tough, too.” 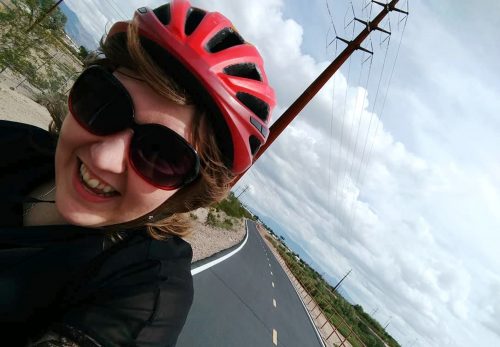 Gratreak rides to medical school at the University of Arizona.

That medical school is the University of Arizona College of Medicine in Tucson where Gratreak is researching why traumatic brain injury (TBI) recovery can be variable, especially for women. She is in the first year of a combined MD/PhD program, beginning and ending with medical school training. The middle section, about three years worth, is made up of PhD lab work focused on neuroscience.

When Gratreak completes the Arizona program, she wants to lead her own research lab and contribute to creating inclusivity for women and people of color.

Such a mission was born from Gratreak’s childhood. Raised in Boring and Sandy, on the outskirts of east Portland, she had been chronically ill as a young girl, but by the age of 16, Gratreak had found a way to control her symptoms despite little help from her doctors. Coupled with a poor relationship with her mother, and Gratreak decided to take control of her future by moving out of the house and supporting herself.

“My family did not want me to attend college,” she said. “I did not have their support financially or socially then. But when I hit my head and couldn’t get to appointments, my mom and brother really swooped in to help. It brought us all closer together, and now they are rooting for me.”

In 2011, she earned financial aid and found a work-study position with the PCC Cascade Library to pay for school. Despite this, rising costs of living in Portland made her five years of college a struggle. 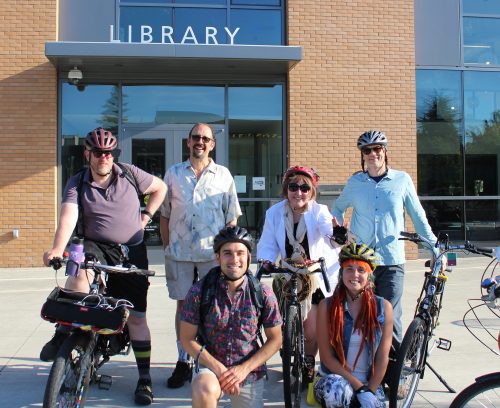 Gratreak with her biking crew in front of the Cascade Library, where she worked many years to help pay for college.

“My finances barely covered rent and food,” Gratreak remembered. “At one point I had five roommates.”

But she immersed herself in her PCC classes and quickly found her interests.

“I received a great foundational education in science at PCC,” she said. “It was the willingness of instructors to give me space to be amazed and ask questions that helped me thrive.”

She advises college students suffering brain trauma to connect with disability resources for accommodations as soon as possible.

“The first step of asking for help is the hardest, but it does get easier from there,” Gratreak shared. “Brain injuries are invisible, which makes it even harder to get the help you need and find your community, but you are not alone. My injuries helped me understand the struggles that patients feel when they don’t feel heard by their doctors.”

In spite of setbacks, Gratreak’s internal strength to pursue her educational journey also gave her the fortitude to continue biking. She still rides her bike every day to school, in the hot desert sun. 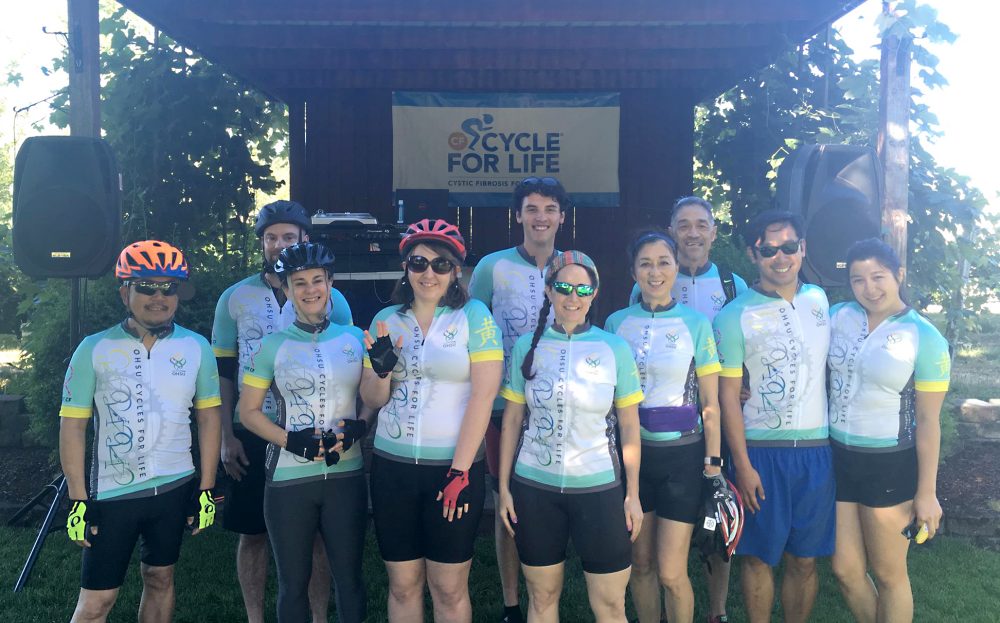 Gratreak with her Cycle for Life teammates.

x by Charmeon Smith 2 years ago

I have always wanted to work with brains it is very interesting to me and I would like to know more about how to get started and what classes to take to help me on my way.

x by Tony Greiner 2 years ago

x by Laura Sanders 2 years ago

Brittany was one of my students a long, long time ago. Such a great story. Go, Britt!