This content was published: January 14, 2019. Phone numbers, email addresses, and other information may have changed. 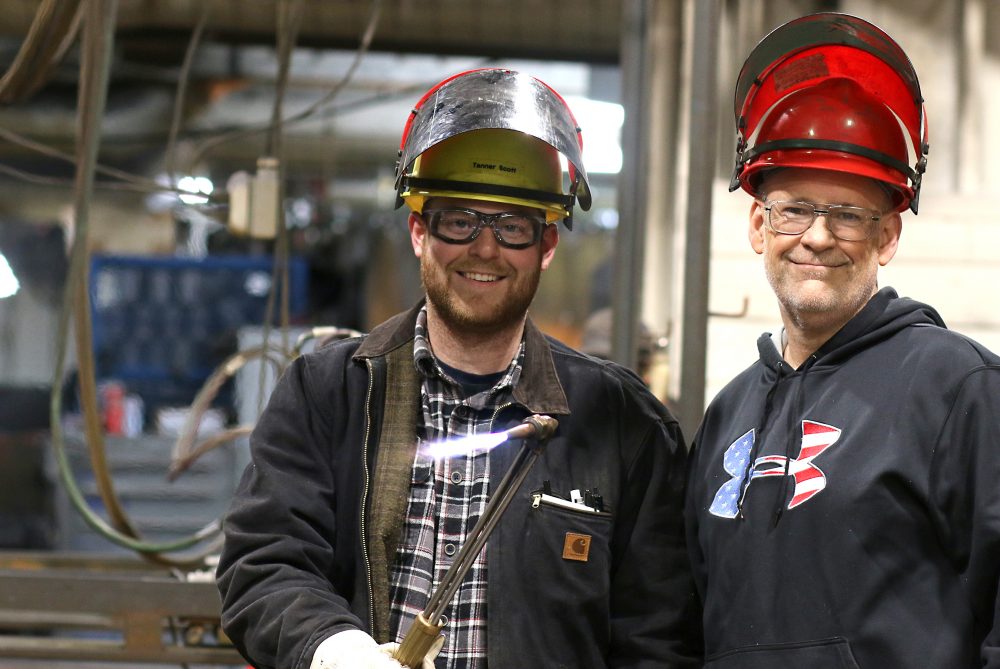 Tanner Scott knew at an early age (10 to be exact) that he wanted to be a welder.

In 2004, Portland Community College hosted a “Bring Your Kid To Work” Day. Among the gaggle of children tagging along with their parents was Tanner. His dad, welding instructor Matt Scott, introduced him to the wonderful world of torches, sparks and hardcore metal within the Rock Creek Campus welding lab.

“The experience ‘sparked’ my interest, for sure,” laughed Tanner.

Today, that spark has turned into a career. Tanner is the welding supervisor for Vigor Fab on Swan Island in Northeast Portland. The company is the leading provider of shipbuilding, complex fabrication, and ship repair and conversion in the Pacific Northwest and Alaska.

“I oversee all of the projects we have down here as far welding goes,” he said. “I track all of the wire and consumables we need, as well as the weld tests and upcoming jobs. It’s a lot of hours, but it’s also a lot of fun.”

The journey at Vigor has been a rewarding one for Tanner. A few years ago, shortly after getting married, he was hired as a welder fabricator and has since worked his way up to his current position. 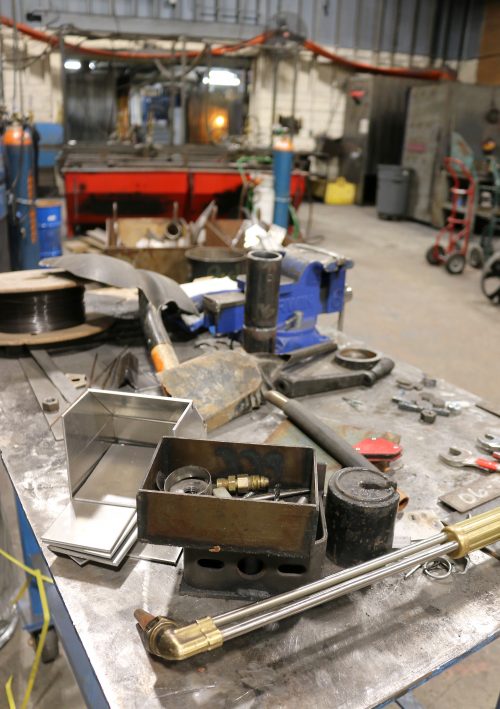 Out of Westview High School, Tanner started his collegiate career at Campbellsville University in Kentucky where he majored in math and secondary education, and played on the college’s baseball team (playing third base and outfield). As a junior, though, he realized that completing his bachelor’s degree in education would take three more years — so he decided to give welding a serious try.

“I always loved building things, and it’s cool seeing a piece of plate turn into something,” he said.

The PCC Welding Program was a perfect fit for Tanner — not only because his dad taught there, but because it was an open-entry, open-exit system that allowed him to play baseball in the summer months.

“I loved welding, so it came pretty easy to me,” said Tanner, who earned his welding associate degree in 2015. “It was the obvious choice, and it definitely got me the experience I needed to get that first welding job.

“The only challenge was having to deal with a particular bald instructor with glasses,” he added with a smirk.

That would be Matt, who has helped build the program over the course of 26 years. Much has changed since he started, but the dedication of faculty and quality of training has not. Welding graduates use the foundational skills they learn at PCC to either build their skills further, or move into well-paying jobs.

Career technical programs like welding are part of PCC’s budget priorities. Out of the proposed 2019-21 state community college budget of $787 million, $70 million would go to expanding CTE programs in Oregon to help close the skills gap. 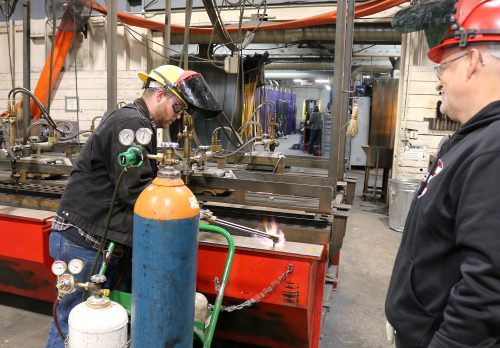 “Our instructors are very skilled and knowledgeable,” Matt said. “We give students a solid understanding to get started on a career and be productive in a short amount of time.”

The Scott family torch of teaching has been officially passed from one generation to the next. Tanner is now instructing welding at PCC as part of his supervisory work at Vigor. He runs the shop and teaches maritime welding classes at the Swan Island Welding Lab, which is a collaborative between Vigor and the college to train qualified workers.

“It’s very rewarding to teach,” Tanner said. “I’ve been teaching part time for a year and a half now. I love working with entry-level welders because it’s a lot of fun.”

x by Jenn Sonntag 2 years ago

Super great to read this! Matt and his colleagues have enriched PCC’s programs and built pathways to success for many deserving students. Keep it up!