This content was published: June 1, 2018. Phone numbers, email addresses, and other information may have changed.

Laila Collman, Zoe Landi Fontana, and Nicole Tracey will spend the summer in Georgia’s capital and largest city, Tbilisi. Jessica Rhee will also travel to a capital — Bishkek, Kyrgyzstan. The women will leave in June to spend eight weeks in their respective countries for an all-expenses-paid trip. 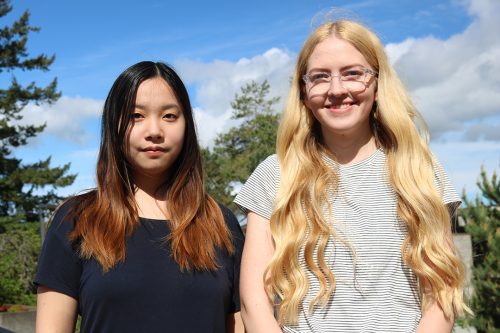 The four students bring the number of PCC recipients to 16 who have participated in the national program from Portland Community College’s Russian program since 2011.

“Laila, Zoe, Nicole and Jessica are among the most talented students to whom I’ve ever had the privilege of teaching Russian,” said instructor Kristine Shmakov, who is also chair of the World Languages Program. “They are so dedicated to learning Russian and work tirelessly. It’s wonderful to see their hard work pay off with such a huge reward.”

The Critical Language Scholarship Program is a fully funded overseas language and cultural immersion program for American undergraduate and graduate students. With the goal of broadening the base of Americans studying and mastering critical languages and building relationships between the people of the United States and other countries, CLS provides opportunities to a diverse range of students from across the United States at every level of language learning.

In order to be considered for the program, the foursome had to fill out a lengthy application, which included multiple short essays, two letters of recommendations and college transcripts. The students who were chosen also had to have at least two years of prior study in Russian language.

“Not only will they be studying Russian intensively, but they’ll also be learning about Georgian and Kyrgyz culture as it relates to Russian lifestyle,” Shmakov said. “The experience of living in these two Russian-speaking countries that have close relations to both Russia and the U.S. will be very lucrative to all four of these women as they pursue future careers in diplomacy and international relations.”

A crowd of more than 75 Sylvania and district faculty and staff gathered at the end of May for the annual Allen Epp Service Awards held in the Performing Arts Center Lobby. 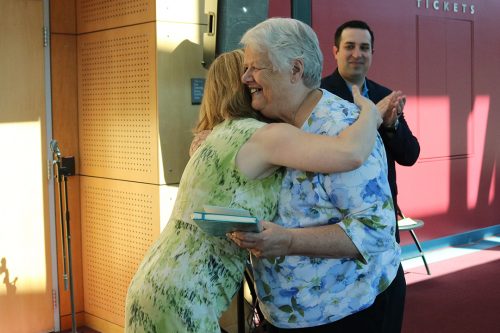 The Allen Epp Service Awards were named after Allen Epp, who was a teacher for 57 years, the last 51 as an instructor with PCC until his retirement from the college in 2006. He was the longest-serving staff member at PCC and the awards were named after him to recognize his outstanding contributions and model of service to PCC and the community. He passed away in 2011.

x by wondyirad mekonnen 4 years ago

I Need to get scholarship opportunity please any help