This content was published: April 6, 2018. Phone numbers, email addresses, and other information may have changed. 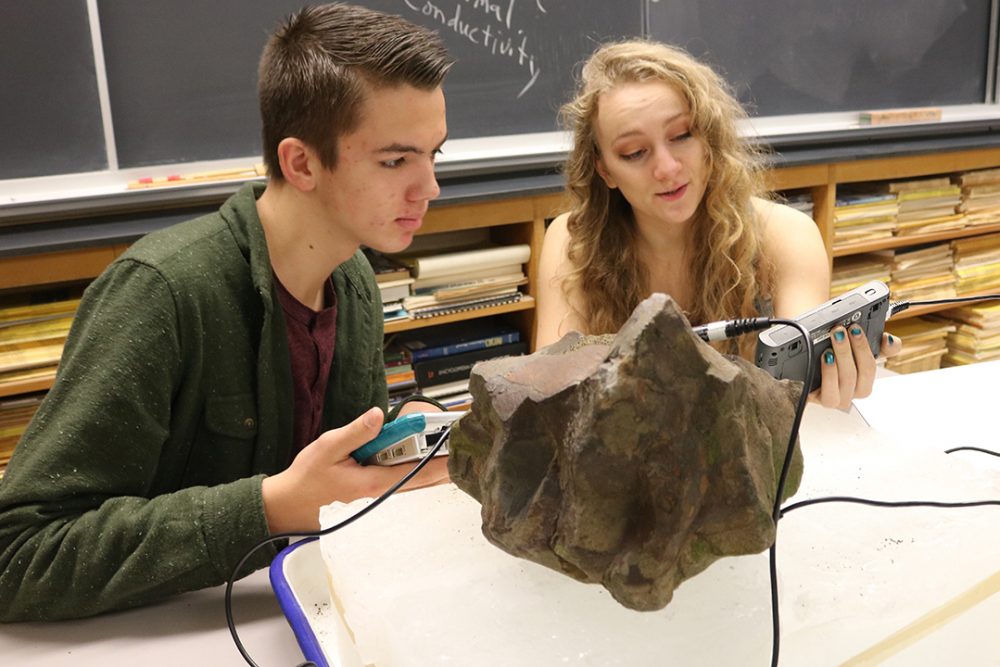 The $750 grant is designed to provide community college students an opportunity to work together with a faculty mentor on a term-long research project in STEM education that goes beyond what is taught in the classroom. Physics instructor Toby Dittrich serves as the faculty member who supervised the trios proposals. 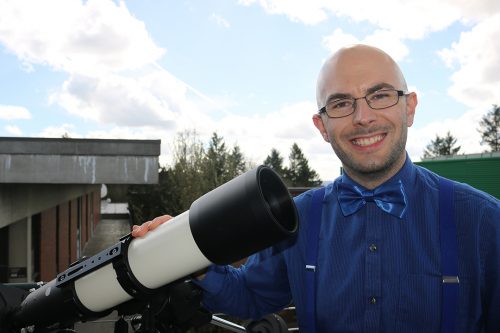 Jozwiak, a physics major transferring to Portland State University in the fall, joined scientists worked with a PCC team to recreate the Eddington Experiment during last summer’s solar eclipse. The Eddington Experiment, performed by Sir Arthur Eddington, tested Albert Einstein’s theory of general relativity by proving that light bends around the sun.

“Our team took careful photos of the sun and background stars during the 2017 eclipse and aim to measure the star deflection to within a low percent error from the values of deflection predicted by Albert Einstein,” Jozwiak said. “The first stage of the project was astrophotography, and we’re now in our second stage, which is data analysis, where we measure star centroids (center positions) and reducing excess light ‘noise’ from the images.”

Marshback and Nicholson, who are both taking classes at PCC through Beaverton School District’s Early College High School, decided to study energy flow from glaciers. The two will measure the temperatures of rocks sitting on blocks of ice to measure its heat, before taking the experiment to Mt. Hood to test it on a real ice, to study the rate that a glacial surface will melt.

“Currently it is very expensive to test how fast a glacier is melting,” said Nicholson, who is a physics major. “To do it with the simply measuring the temperature of the rock it will be less expensive, done more quickly and effectively, as long as our tests show it works.”

Marshback, the 16-year old robotics major, can’t wait to get to work.

“It will be nice to get hands-on work experience and it looks good on a transcript and resume,” he said. “I have been skeptical about climate change and I’ve been leaning towards it is actually a thing, but it will nice to see through this work, hardcore evidence that it is true.”

As part of the grant, the three students will also create a poster and presentation about their research for the OSGC Community College Symposium in June 2018.

“Research, solving problems as they come up and pioneering new things in science is a great experience for these students,” Dittrich mentioned. “The biggest thing for them is the resume piece; having a NASA research grant will help them get into a four-year college. I end up with amazing students in my class–this is the creme of the crop.”