This content was published: March 6, 2018. Phone numbers, email addresses, and other information may have changed. 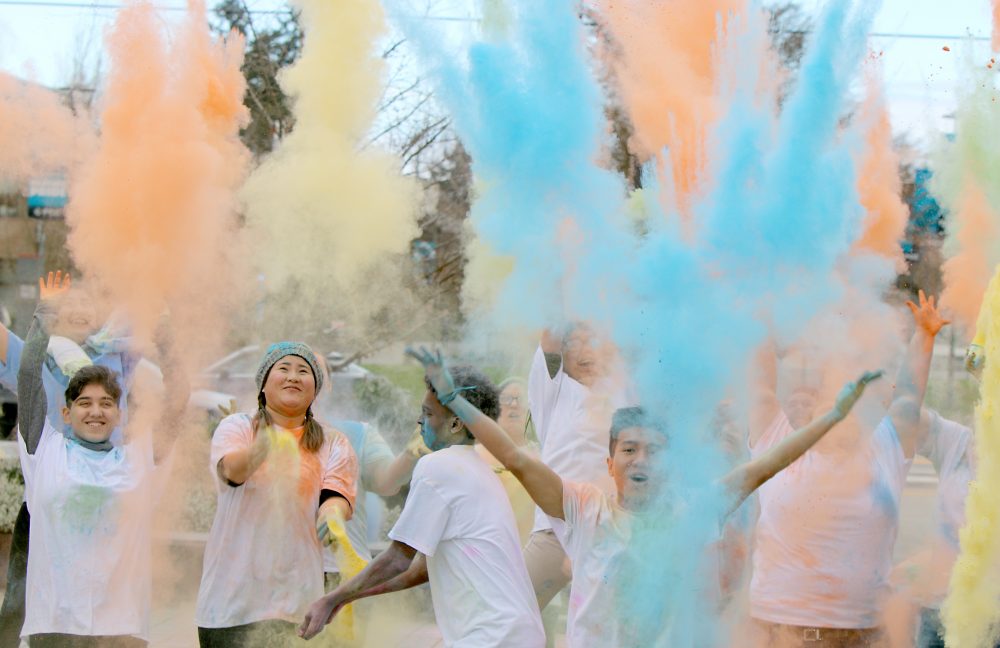 The Cascade Campus student leadership as well as other campuses throughout the week have been getting a taste of the Hindu religious festival — Holi. It is known as the “festival of colors” and is a spring festival celebrated all across India and Nepal and among Hindus in Bangladesh and Pakistan. On Monday, March 5, Cascade students enjoyed Indian food, watched Bollywood dancing and then donned white shirts that soon were stained by raining color — all in the spirit of furthering their cultural understanding. 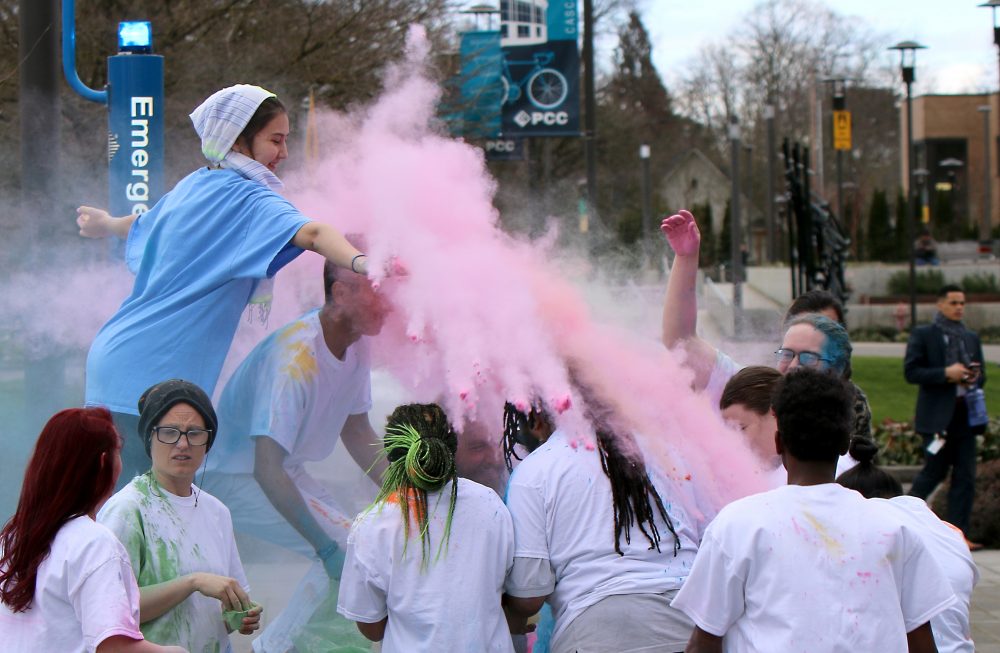 Holi is an ancient Hindu religious festival which has become popular with non-Hindus in many parts of South Asia, as well as people of other communities outside Asia. 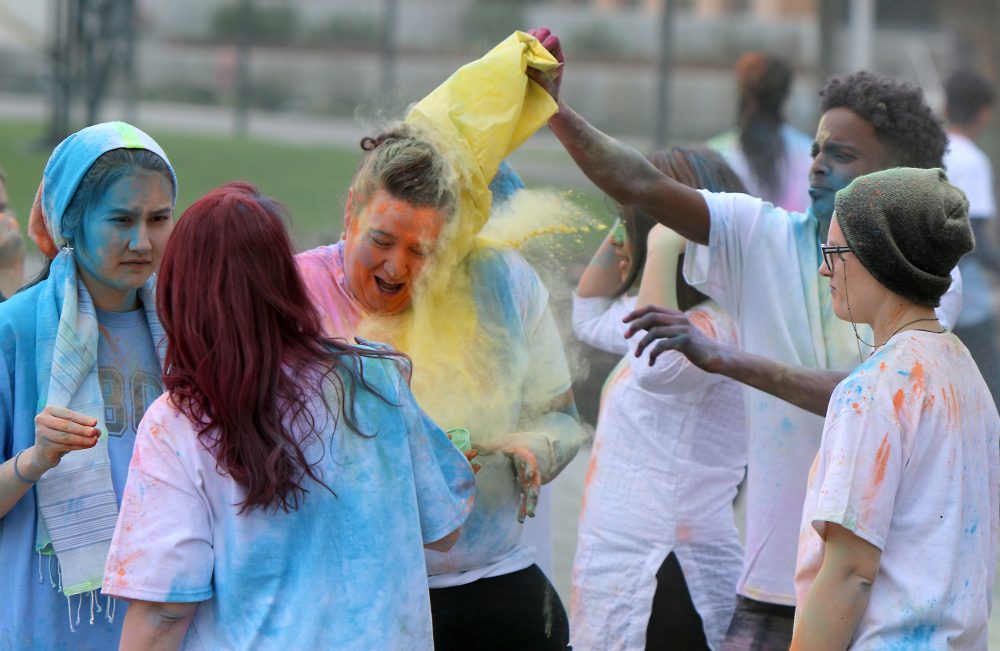 People visit family, friends and foes to throw colored powders on each other, laugh and gossip, then share Holi delicacies, food and drinks. 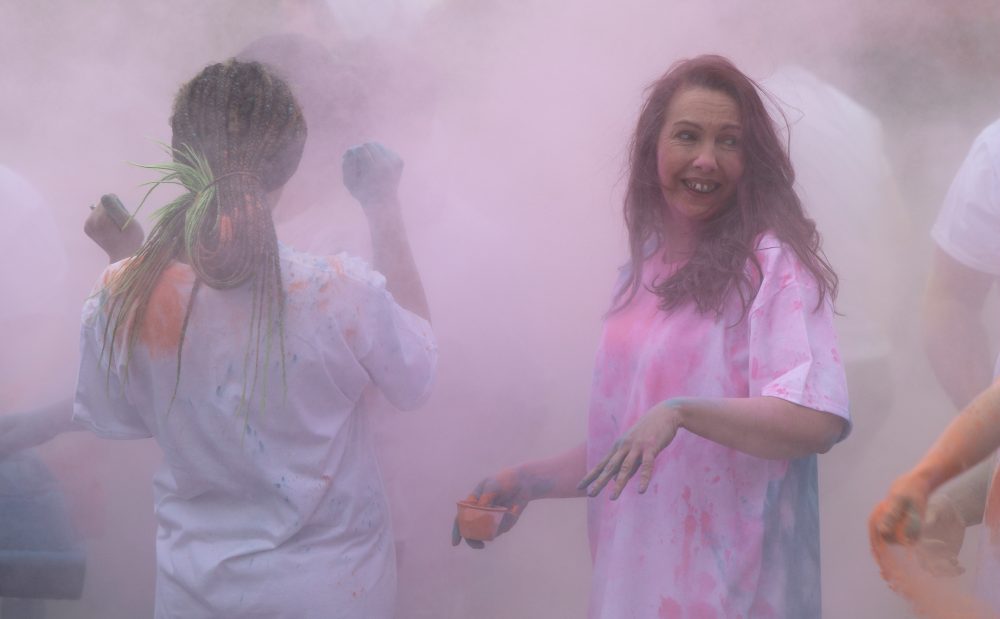 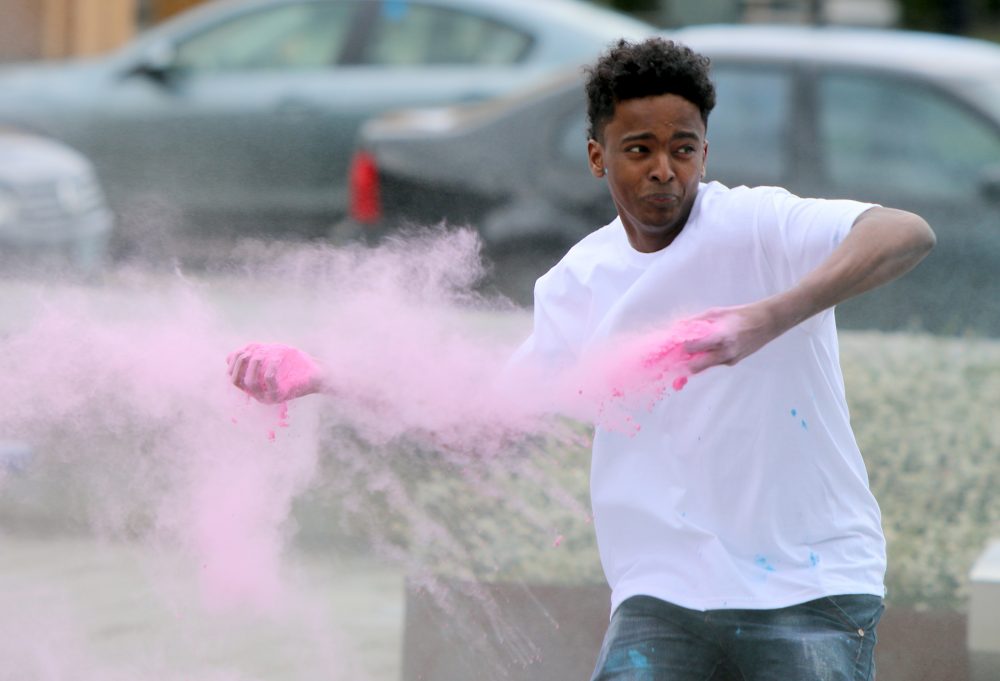 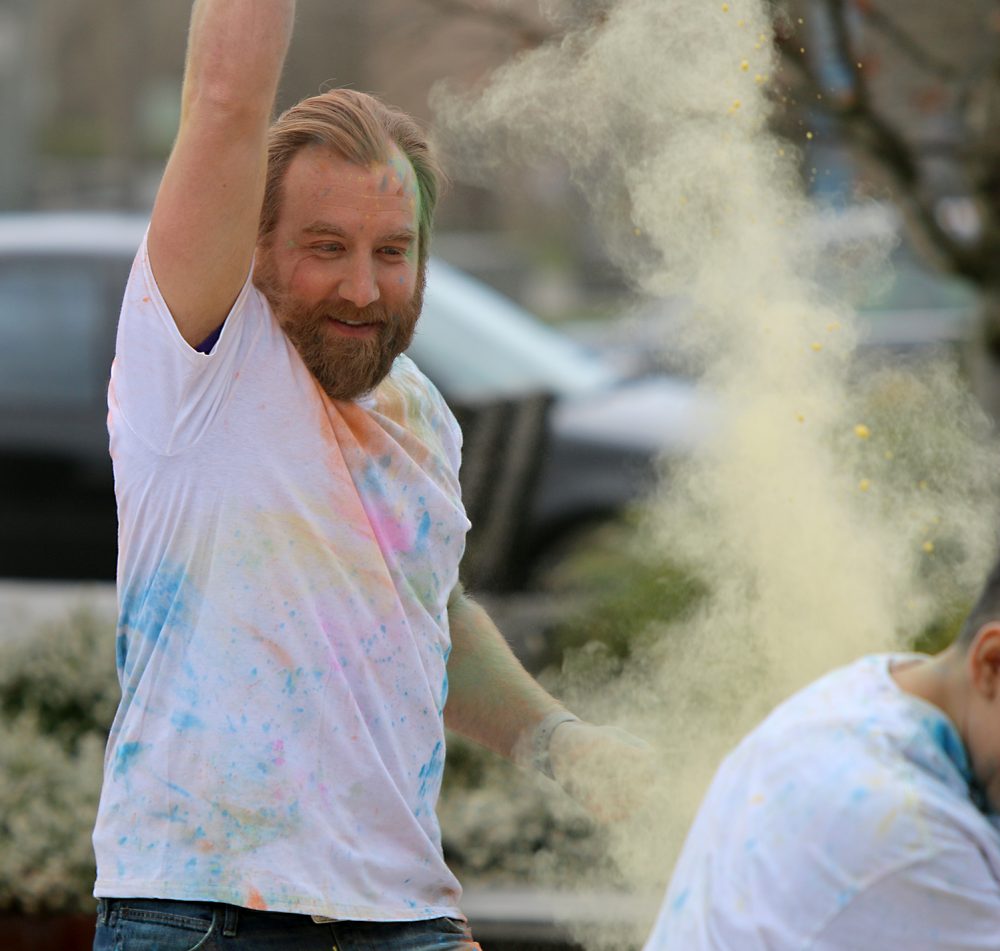 The playful throwing of natural colored powders has a medicinal significance: using medicinal herbs prescribed by Āyurvedic doctors in the dyes. 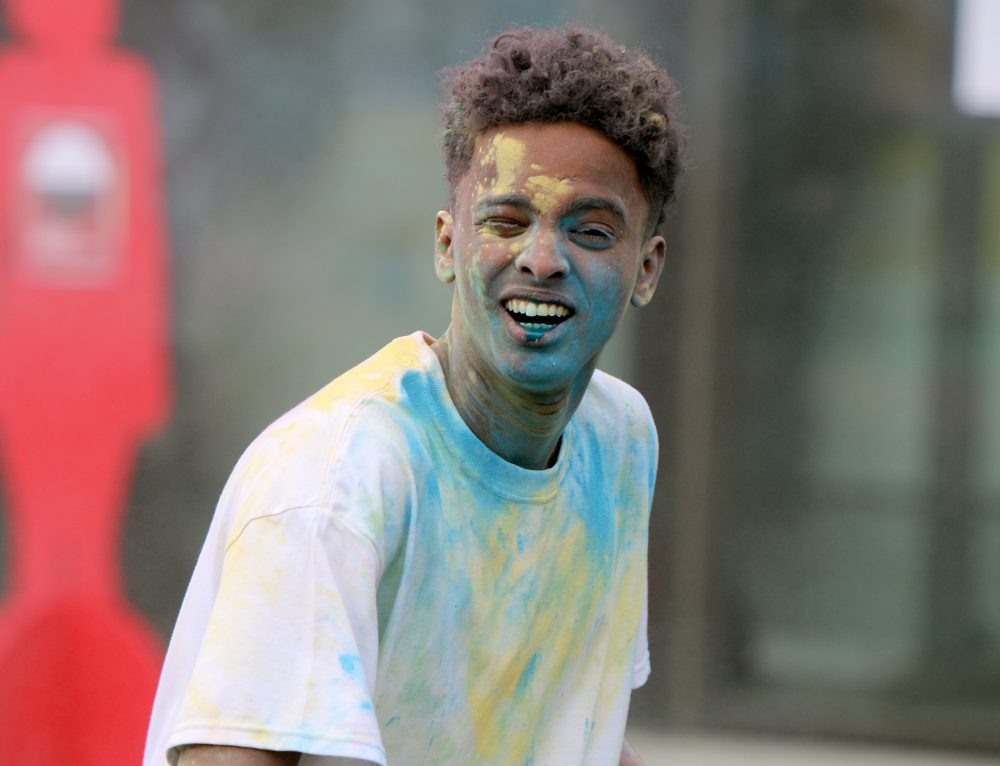 After a day of play with colors, people clean and dress up in the evening, and greet friends and relatives by visiting them and exchanging sweets.

x by Jonita 4 years ago

What a cool thing for student leaders to coordinate and celebrate! I’m so proud of yall. That’s awesome.

x by Phillip Hammil 4 years ago

This is awesome! Great pictures!

x by PATRICIA LARUE 4 years ago

Why does the Hindu Festival of Colors become the “battle of colors” in this piece? If we want our society, and especially our schools, to became less violent, it starts with becoming more aware of the warrior mentality embedded in our language and culture, and making more thoughtful word choices. It is especially important for journalists – at all levels – to be mindful of this largely unconscious bias. Certainly life and society are full of conflicts – but relatively few of them are violent and merit terms like battle, fight, war. There is no need to “fight cancer,” for example. We need to cure it, and ourselves.

x by Kim 4 years ago

This wasn’t a “Battle” or “fight.” I participated in this. It was fun just tossing color around and helping others get colorful. People were laughing, having a good time. When the color had settled, we took group pics. Some of us even rolled in some of the color to get more color ^^ There wasn’t anything violent or warrior like in this event.