This content was published: December 13, 2017. Phone numbers, email addresses, and other information may have changed.

Vera Katz escaped the Nazis as a child and came to America on a Greek steamship, speaking only French and Russian. Despite early hurdles, she would go on to become Oregon’s first woman speaker of the house and Portland’s longest-serving woman mayor. 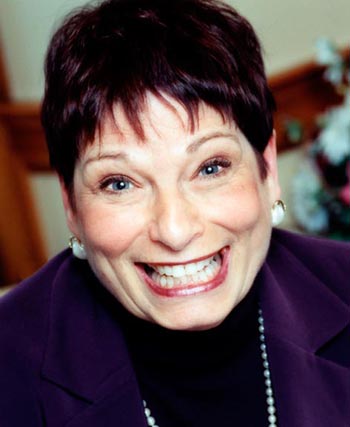 “She also showered me with unconditional love,” wrote her son Jesse on Twitter.

Katz served three terms between 1993 and 2004 as mayor and was in the Oregon House of Representatives for 20 years before that. From 1982-91, Katz played an integral part in the history of Portland Community College as she served as the first director of development and executive secretary for the newly established foundation, helping to create the organization in 1984, and later shaped PCC’s Office of Public Affairs.

“Vera had long-standing and intimate ties to Portland Community College,” said PCC President Mark Mitsui. “In the early 1970s, as a junior legislator, she cut her political teeth in a subcommittee of the House Ways and Means Committee by sparring with founding PCC President Amo DeBernardis concerning state aid and the expansion of the college to Rock Creek. Vera would ultimately become one of PCC’s staunchest allies and supporters. She was named a part-time director of Development for the college in 1981 and was later appointed as full-time director and became the first executive director of the Portland Community College Foundation. Vera Katz was, quite literally, the founder of our Foundation.”

During her tenure, the PCC Foundation awarded almost 750 scholarships to PCC students through private donations, corporate grants and bequest gifts. Katz and the foundation team received the first Tektronix Foundation award ever given to a community college, and their fundraising efforts were also honored with awards from the Fred Meyer Charitable Trust and the Collins Foundation.

In an interesting twist of fate, Katz helped raise private funds to support the creation of the physics lab at Rock Creek, a campus she fought against creating as a legislator. She also led the implementation of CAT-A-LINK systems in PCC’s campus libraries, and the purchase of necessary equipment for what would become the Margaret Carter Skill Center at the Cascade Campus.

Katz was also among the PCC Foundation’s first scholarship donors. In 1985, she helped to establish the Commery Warrell Endowed Scholarship, named in honor of a PCC instructor in the Family and Consumer Studies Department. Still actively awarded to this day, the endowed scholarship supports students in PCC’s Early Childhood Education Program and those pursuing transfer to a four-year institution.

Even after she became the first woman to serve as speaker of the Oregon House, Vera Katz continued to serve as director of development and executive secretary for the PCC Foundation until 1991, when she began her campaign to become Portland mayor. Her advocacy for and generosity toward higher education continued throughout her career. Today, the Vera Katz Endowed Scholarship serves students in Portland State University’s College of Public and Urban Affairs, giving PCC students even more opportunity to strive toward transfer to a four-year school on their path toward lifelong success.

“Vera endured many obstacles and setbacks in her life but always stood on the side of serving those who are most historically underserved,” Mitsui added. “She was a true visionary and a sheer force of nature. We will miss her energy and spirit.”

Katz was born in Düsseldorf, Germany in 1933 and her family moved to Paris when she was two months old, before relocating to New York City in 1940. She earned degrees from Brooklyn College and later worked as a market researcher for B.T. Babitt and Timex. Her family moved to Portland in 1964 and after volunteering for Robert Kennedy’s presidential campaign in 1968, she was elected to the Oregon State House of Representatives in 1972.

“I am deeply saddened by the loss of my friend Vera Katz,” said U.S. Senator Ron Wyden. “Always a trailblazer, Vera will be remembered by Portlanders for the enduring legacy she leaves our city from her groundbreaking tenure as mayor, and by all Oregonians in every part of the state through her service as our state’s first woman Speaker of the House and her lifetime of passionate advocacy for children, senior citizens and the LGBTQ community.”

“I’m saddened to hear of former Oregon Speaker and Portland Mayor Vera Katz’s death. She was a trailblazer, leader, and friend who will be missed by many.” — U.S. Senator Ron Wyden.

“We lost a true Oregon pioneer today with the passing of Vera Katz. As the first woman speaker of the Oregon House and a 3-time Portland mayor, she leaves a beautiful legacy here in Oregon.” — Oregon Governor Kate Brown.

x by Jennifer Harper 4 years ago

Rest in peace, Vera Katz. You had a long and wonderful journey here on earth. Thank you for all that you did for PCC, for Portland, and for Oregon. May your travels beyond be just as fulfilling and full of new adventures!

x by Jennifer Boehmer 4 years ago

Really appreciate this well-written piece. It demonstrates how effective one person can be when she believes in the community and chooses to work on its behalf. Vera was and is an inspiration. Also thanking Vera for her trail blazing on behalf of Portland Community College.