This content was published: November 9, 2017. Phone numbers, email addresses, and other information may have changed. 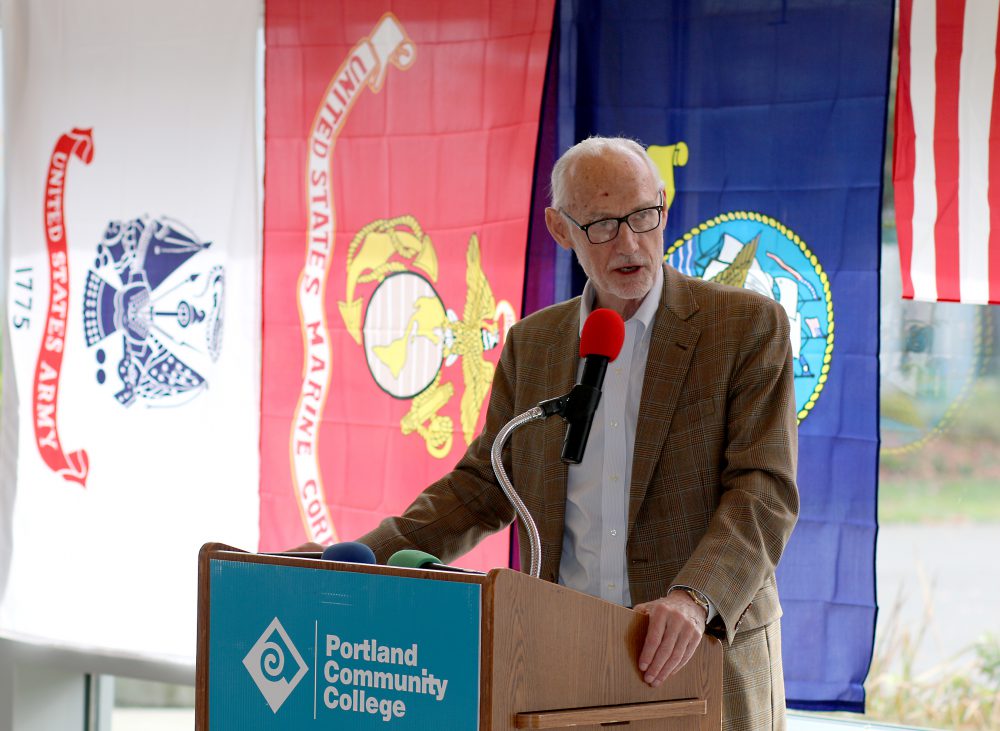 On Tuesday, Nov. 7, Southeast Campus Student Veterans Association welcomed Gen. Merrill “Tony” McPeak and the 234th Army Band & Color Guard to the Great Hall in Mt. Tabor Hall for a salute to military veterans. More than 70 people listened to the retired four-star general and Air Force Chief of Staff, who was a Co-Chairman and military advisor during Barack Obama’s 2008 Presidential Campaign. He was also interviewed in and was a consultant on the 10-part Ken Burns film on PBS ‘The Vietnam War.’

Kudos to the students for organizing a great salute to veterans!

This is great to see, I am so glad there is a veteran’s resource center in Cascade now as well. We need to respect former service members even if we disagree with foreign policy decisions. Kudos. I hope no disrespectful students were taking a knee at this event.

x by Ian 4 years ago

In regards to the speaker (Gen. McPeak). He has a wealth of knowledge and a very diverse amount of experience. I hope he had some influence with individuals and had a productive exchange in communication.

The best thing to do is turn around And do it

veteran’s best thing to do

x by Mike Lane 3 years ago

Mike Lane here. I was gladdened to read about General McPeak’s visit to PCC. What a wonderful testament for our Veterans and show of support for all students who will know that they can have assistance without judgement. Thank you.

I am a Business/accounting student at PCC Rock Creek, Veteran (U.S.M.C ’69 – ’73) with 40 years business experience (management, product development, sales, marketing, training,). Additionally, I have over 30 years of verifiable Veteran assistance, VPSS, WRAP, #THW00058 OR/AMH/OH. My company is … Please consider for a position at the new facility. Thank you.