This content was published: September 4, 2017. Phone numbers, email addresses, and other information may have changed. 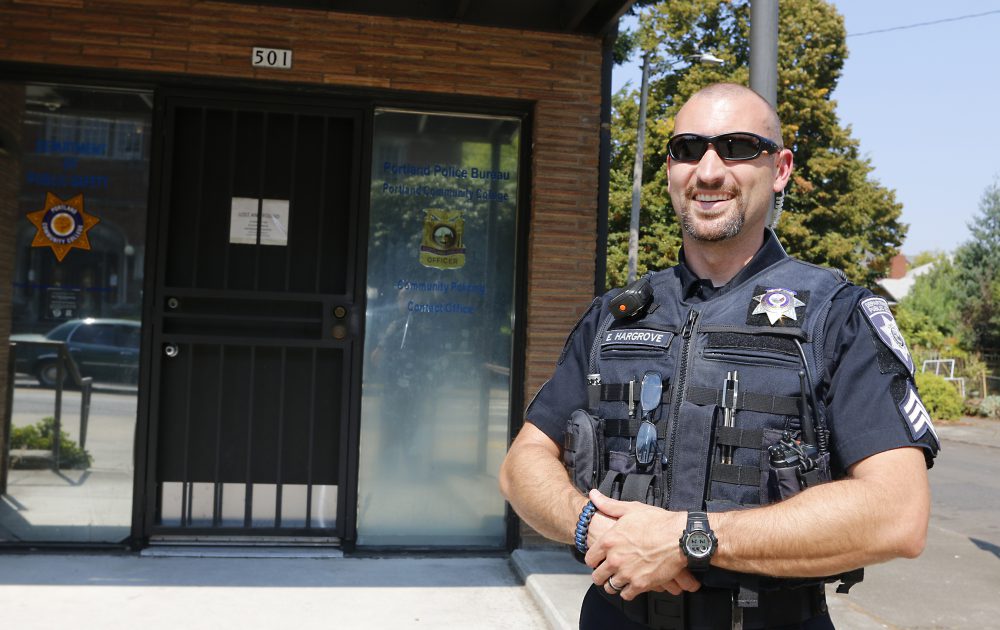 Ensuring student success includes providing a safe and supportive learning environment, and on any given day Portland Community College’s public safety officers are called to deal with everything from a disruptive individual in the cafeteria to locked keys in a car.

At Cascade Campus, the staff works out of the college’s oldest public safety facility, a modest one-level structure on Killingsworth Street at Commercial Avenue, at the outermost edge of campus. It was originally built as a residence in 1952 and later served for several years as a dentist’s office.

The list of problems at the aged building is long and poses challenges for the seven officers who work there. According to their supervisor, Sgt. Erik Hargrove, there are windows that don’t open, paper-wrapped wiring and peeling paint. The heating and cooling systems need frequent service and there are structural issues with the roof.

The small room that serves as the men’s locker room still has the plumbing and outlets for the dental practice’s nitrous oxide and oxygen lines, and the basement is still equipped for sterilizing dental tools. On a recent visit, the only place to stow an officer’s bicycle was in the bathroom. 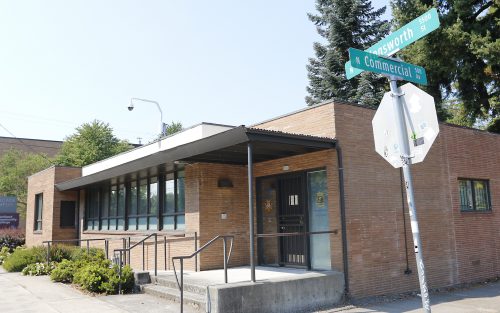 The list of problems at the aged building is long and poses challenges for the seven officers who work there.

“This space was never intended to house us,” said Hargrove. “A lot of things are cobbled together just because they’ve had to be, as opposed to being designed specifically with public safety input into how a space is intended to be used.”

PCC’s other campuses have purpose-built public safety offices, but as Hargrove described, the most critical problem at Cascade is that its safety office is difficult to find and the exterior — complete with metal bars on the windows and front door — is forbidding instead of welcoming or reassuring to the campus and community.

“People just don’t know where we are, and it’s tough to differentiate us from any other structure in the neighborhood as opposed to being part of the college,” he said. “Our entry way is the farthest point from the edge of campus and it’s set into the wall, and until you’re almost past it you don’t know what’s here.”

PCC’s bond measure on the November ballot includes funding for safety and security upgrades throughout the college, as well as $3 million for a new, dedicated facility on the same site at Cascade. As with the current office, the new building would include space for the City of Portland police staff who partner with Cascade’s officers.

For Hargrove, connectivity with the campus and community is vital to public safety’s mission, “If we had a space that was designed to make it very well known what is here, then people would be more inclined and able to find us and utilize the services that we provide,” he added.

Hargrove has worked at the campus for eight years and said he has witnessed how the extensive improvements funded by the 2008 bond measure — including the construction of two new buildings and two plazas — have played a major role in transforming Cascade, fostering community, and helping strengthen nearby businesses.

“Since I started here the number of calls we respond to has remained steady, but the number of critical incidents we go to has decreased,” he said. “The campus has taken greater responsibility for not only their space, but the space that surrounds us.”

x by Tony Greiner 5 years ago

There is a good argument for a new or updated public safety building, but $3 million? What amenities are built into that figure?

x by Kate Chester 5 years ago

At this time, we can confirm that it will be a new facility with upgraded technology for the Public Safety department. If the bond measure passes, specific amenities for the facility will be determined, in part through stakeholder engagement. The cost of the structure and build-out has been determined by consultants involved in Phase 1 of PCC’s Facilities Planning, part of the college’s overall Integrated Planning effort (https://www.pcc.edu/about/administration/integrated-planning/).